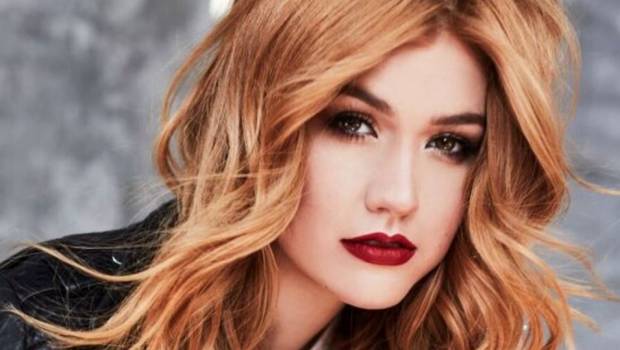 Oz Comic-Con is thrilled to announce that Katherine McNamara, lead actress in the popular Netflix series Shadowhunters: The Mortal Instruments, will attend Oz Comic-Con Melbourne 2018 in her first visit to Australia.

Katherine McNamara, who is best known to fans as “Clary Fray” in the adaptation of Cassandra Clare’s bestselling book series, is an accomplished actor, singer, dancer, and songwriter.

McNamara began her career on Broadway, at the age of 13, as “Fredrika Armfeldt” in “A Little Night Music”, starring opposite Catherine Zeta-Jones and Angela Lansbury. She made her big screen debut in New Year’s Eve opposite a stellar cast including Halle Berry, Robert De Niro, Jessica Biel and Sarah Jessica Parker.

McNamara went on to star in another fierce female role as “Sonya” in Maze Runner: The Scorch Trials and Maze Runner: The Death Cure alongside Dylan O’Brien and Kaya Scodelario. Other credits include Disney Channel Original Movie Girl Vs. Monster opposite Olivia Holt, the role of “Becky Thatcher” in the re-make of Tom Sawyer and Huckleberry Finn and the horror/fantasy anthology series R.L. Stine’s The Haunting Hour.

Oz Comic-Con Melbourne will be held at the Melbourne Convention and Exhibition Centre on June 9th and 10th. Tickets are available at www.ozcomiccon.com/tickets.