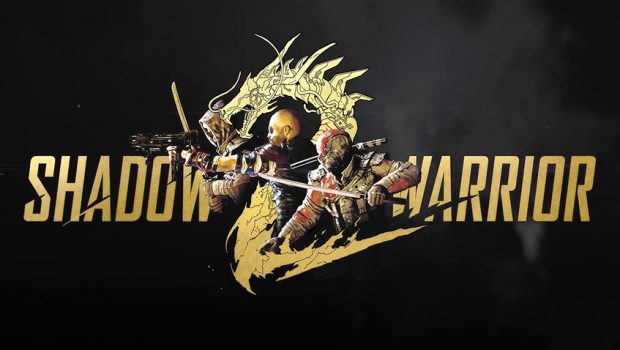 Austin, TX  – Independent developer Flying Wild Hog and the katana enthusiasts at publisher Devolver Digital have announced that first-person slasher Shadow Warrior 2 will launch October 13 on PC and preorders are now available. Shadow Warrior 2 fans can pre-order the game via Steam, GOG, and Humble to secure 10% off the A$45.99 price and get the exclusive ‘Razorback’ chainsaw katana that is every bit as badass as that sounds. Owners of Flying Wild Hog’s previous games Shadow Warrior and Hard Reset Redux will receive an additional 10% off the pre-order price as thank you for being a ninja from the start.

Shadow Warrior 2 is the stunning evolution of Flying Wild Hog’s offbeat first-person shooter following the further misadventures of former corporate shogun Lo Wang. Now surviving as a reclusive mercenary on the edge of a corrupted world, the formidable warrior must again wield a devastating combination of guns, blades, magic and wit to strike down the demonic legions overwhelming the world he inadvertently corrupted.

Battle alongside allies online in four-player co-op or go it alone in this inventive sequel to the best-selling remake from 2013. Complete outrageous missions, collect powerful new armor, arcane relics of legend and choose from an array of masterfully designed weaponry – including a katana chainsaw that allows you to carve up your enemies in real-time. Finesse is the name of the game when it comes to dynamic dismemberment.

Remarkably bigger in every way than its predecessor, Shadow Warrior 2 has been designed as an open, vertically scalable world to explore. Each new unique environment is jaw-droppingly gorgeous and hosts a procedurally generated loot system so no two playthroughs will ever be the same.

“The reception to each new bit of Shadow Warrior 2 that we share has been thrilling and our team is excited – and relieved – to finally share our work with the fans,” said Michal Szustak, Studio Director at Flying Wild Hog. “We think our small studio has accomplished something special with Shadow Warrior 2 and hope that both fans of the classic FPS and those that enjoy more modern shooters will enjoy the game.”

Shadow Warrior 2 will be playable this weekend at PAX West (Booth 2443) and those attendees that stop by can get an exclusive PAX co-op ninja skin for playing. For news and information on development, follow @ShadowWarrior on Twitter or visit shadowwarrior.com.