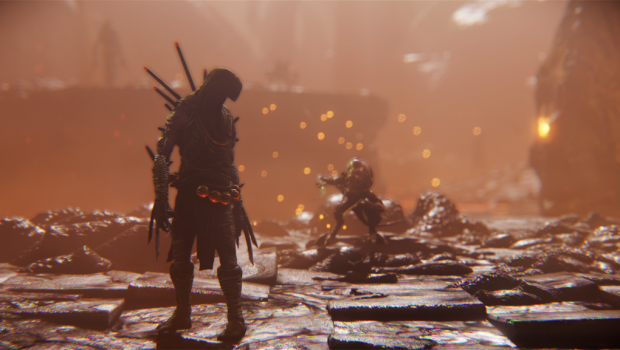 – Who Wants Some Harder Wang? –

Austin, TX – Independent developer Flying Wild Hog and free DLC connoisseurs Devolver Digital have released Shadow Warrior 2: The Way of the Wang, a free DLC pack for the hit first-person slasher on Steam and GOG. Shadow Warrior 2 will be 25% off through the weekend to celebrate the launch of the new free DLC.

Shadow Warrior 2’s The Way of the Wang DLC opens up a new area within the game’s hub town, presenting seven special trials for Lo Wang to unlock and overcome. Players will be able to earn new crafting abilities, weapon gem slots, and base weapon upgrade perks upon completing each new trial with the prized Fist of Gozu weapon waiting for those that complete the final Trial of the Ancient God mission. Shadow Warrior 2 fans will also find three new ‘Insane’ difficulty levels for the game and five new achievements awaiting for them in the DLC pack.

The fact is Shadow Warrior 2 was a hit for Flying Wild Hog and Devolver Digital and frankly we have more money than we can handle at the moment,” said Fork Parker, CFO at Devolver Digital. “Our team of lethal but fiscally responsible ninja accountants advised me to go ahead and giveaway The Way of the Wang DLC for free and write it off on our taxes. So there you go, you cheap bastards.”
Launched in October, Shadow Warrior 2 has been a critical and commercial success for the independent Polish developer Flying Wild Hog. In its first week alone, the sequel enjoyed a fourfold increase in sales over the 2013 Shadow Warrior reboot.

The sequel follows the further misadventures of former corporate shogun and anti-hero, Lo Wang, who after the events of the first game is surviving as a reclusive mercenary on the edge of a corrupted world. The formidable warrior must again wield a devastating combination of guns, blades, magic and wit to strike down the demonic legions overwhelming the world he inadvertently corrupted.