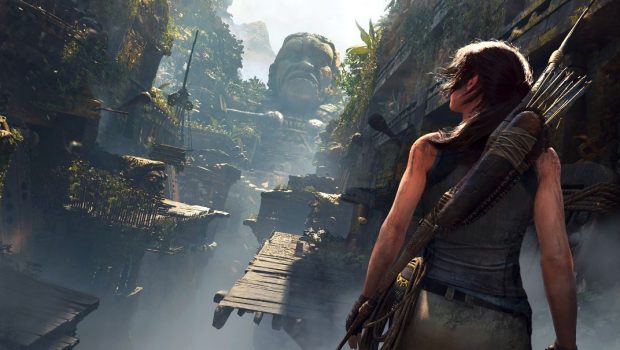 Shadow of the Tomb Raider – The Nightmare DLC Out Now

SYDNEY, 23rd January 2019 – Square Enix®, Eidos-Montréal®, and Crystal Dynamics® are excited to announce “The Nightmare,” the newest DLC adventures for Shadow of the Tomb Raider™, is available now. Out as a free download to all Season Pass holders, and sold separately, “The Nightmare” is available for the Xbox One family of devices including Xbox One X, the PlayStation®4 computer entertainment system and Windows PC/Steam®.

Journey through “The Nightmare,” as Lara Croft™ faces off against familiar enemies and fallen friends. Explore Croft Manor in a harrowing trial unlike anything she has faced before. In order to obtain a powerful weapon, Lara must conquer, in either single-player or co-op, the latest challenge tomb, “Howl of the Monkey Gods.”

“The Nightmare” offers new customization options with the Scales of Q outfit, whose thick hide and solid bones provide twice as much resistance to melee attacks. The Grip of Fear axe possesses a primal design, optimized for climbing and fighting. When using the axe, enemies are more likely to be knocked down and stay down for longer periods. Finally, White Breath is the new skill that when fired, creates a cloud of hallucinogenic vapor on impact, poisoning enemies to fight against one another.

As part of the update, tombs from the main campaign, “Judge’s Gaze,” “Underworld Gate,” “Howling Caves”, “Path of Battle,” and “Temple of the Sun” are all now playable in Score Attack and Time Attack modes.

Shadow of the Tomb Raider is available now worldwide on Xbox One, PlayStation®4, and Windows PC/Steam. The Season Pass is available for $44.95 or “The Nightmare” can be purchased as a standalone for $7.55.