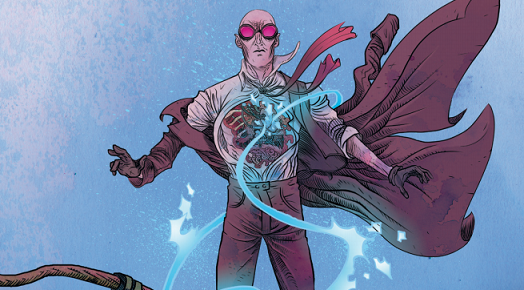 Lucy has found Sherlock Frankenstein! With the hope of finding answers to her father’s whereabouts, Lucy probes Sherlock with questions about what happened with their fight against the Anti-God and the events surrounding their disappearance. Is Sherlock friend or foe, and will he help her in her quest to find her missing father? 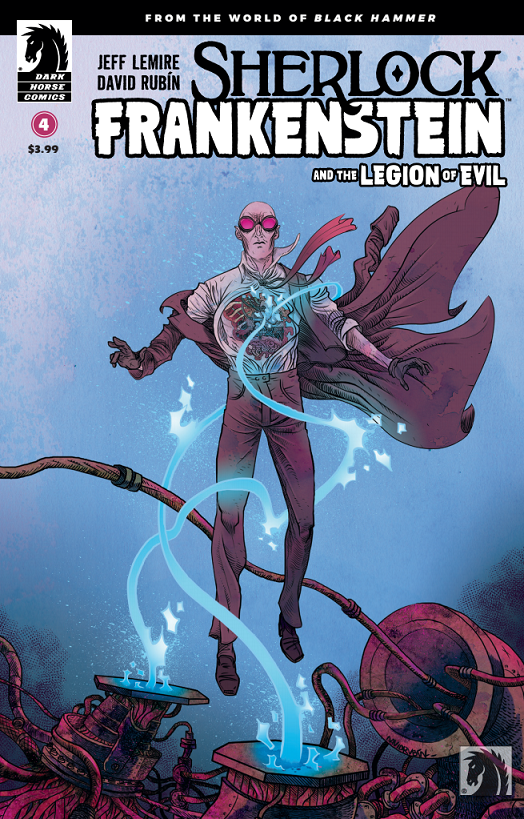 We begin this issue venturing into Sherlock Frankenstein’s tragic past, where he recounts the events surrounding his transformation into the man he is today. His story begins in Victorian London, where he was a weak and sickly man on his deathbed. He reflects on the one person who was kind to him, reassuring him during his most trying moments. Whilst his body was weak, his mind was powerful, and Sherlock devised an experiment that permanently altered his body, extending his life and giving him superhuman strength. He was a new man, a strong man and with his newfound abilities, took to the streets of London to fight crime and solve murder mysteries. He also found love, and married the nurse who cared for him, however, his happiness was short-lived, as she suddenly fell ill, and nothing, not even his powers or advanced technology could save her. Struck with overwhelming grief and bitterness at the world, Sherlock’s outlook on life altered, and he transformed into a formidable villain. He then decides to leave London, heading to Spiral City to begin a new life as a mastermind villain. We then see his life over the years, where he encounters various villains and superheroes over this time. We then jump to the present, where we see that Sherlock is telling this story to Lucy. She listens but is frustrated and still mad at him for sabotaging her investigations. Their exchange quickly turns heated, as he declares that he is retired and believes that her father and the superheroes that went missing with him are truly gone, never to be found again. Lucy, however, is stubborn, determined and not willing to give up without a fight! She believes they are still alive and she needs Sherlock’s help to find them. 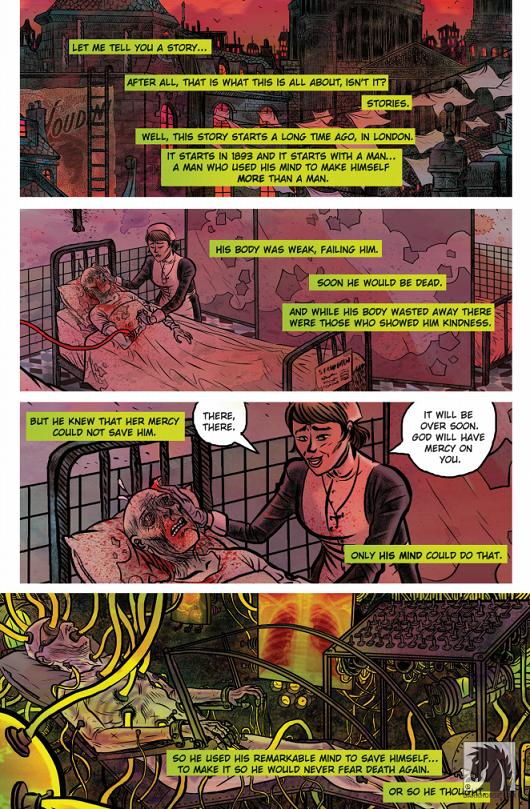 Once again, Jeff Lemire has created a rather sad and tragic story of one of Spiral City’s villains. Sherlock’s tale is a story of loss and sorrow, and I found myself understanding this character’s motivations more.

To be honest, I suspected that Sherlock’s “evilness” might be the result of a tragic loss. I thought this might be the case mainly because he is an immortal ghoul who would outlive most people, including those he loves and holds dear to himself. To me, this makes sense and works really well with his overall story, and in a way makes him quite relatable. I rather like how we get to witness Sherlock’s personal growth over the years, so by the time that Gail disappears, instead of becoming angry and embittered and turning to rage, he instead becomes sad, reflective and turns into a lonely recluse. For me, being able to delve into the psyche of the villains of Spiral City has been one of the most enjoyable parts of this series so far, with Sherlock’s story being one of my favourites. I also really love how Lemire has shaped this world’s history, seeing it through a curious alternate timeline of events, focusing on the Golden, Silver and Bronze age of comics. I find this to be a very clever homage to the comics of yesteryear. 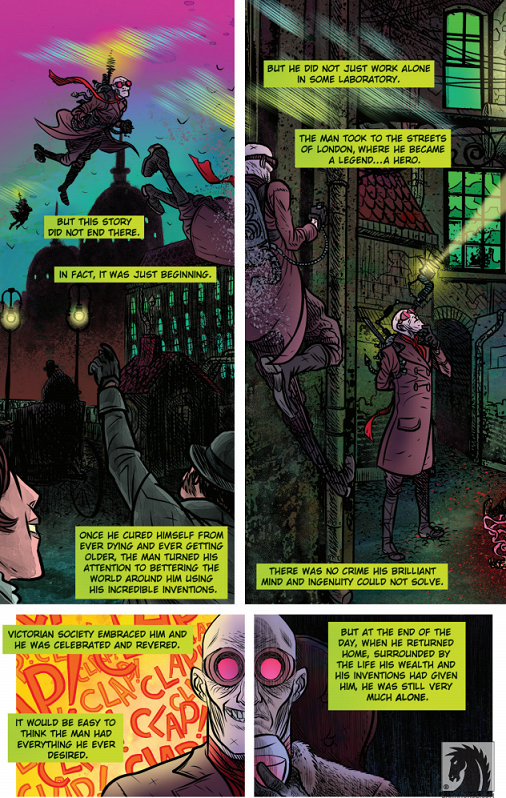 Artist, David Rubin weaves an engaging visual narrative that is both dramatic and expressive. I really liked the flashback scenes of Sherlock’s story, enjoying the diversity of seeing the various ages that he has lived through. Victorian London is wonderfully gritty, creating a very atmospheric setting. We also get to see some lovely panels that depict epic battles, effortlessly capturing the energy of the fight through a fluid sense of movement. For me personally, what I find really makes Rubin’s art pop is his electric and almost neon-like colouring. I find it to be really beautiful, and seeing this world awash in gorgeous and vibrant colours, really helps to transport me to these places. It all comes together to form a cohesive and visually enjoyable experience. 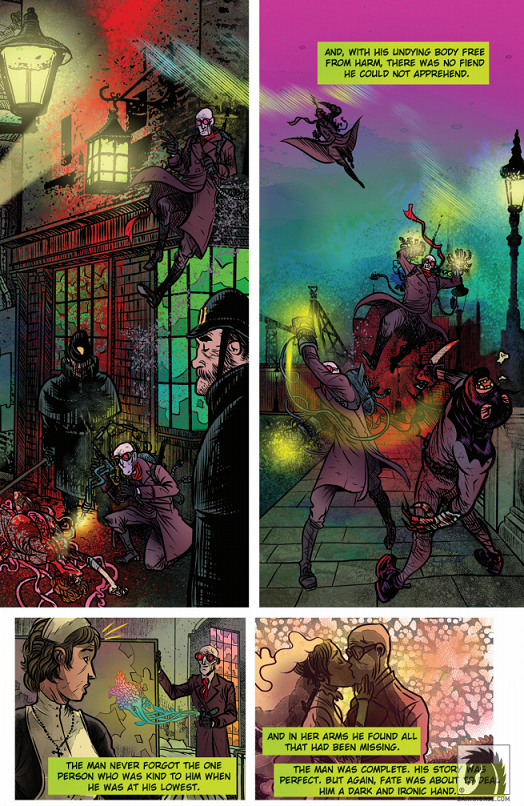 Overall, I really liked this issue of Sherlock Frankenstein. I think I could say that it has been my favourite issue so far, as I really enjoyed venturing into Sherlock’s past and seeing how his personal experiences and tragedies shaped him as a man…sorry, ghoul.