Summary: In the end Sexercise is a very witty and thoroughly amusing musical comedy that is a great contemporary snapshot of modern day relationships.

Sexercise is a new musical comedy produced by Aleksandar Vass and Malcolm C. Cooke and written by Derek Rowe which is directed by Sara Grenfell which is filled with music, humour and real-life situations. The story of Sexercise is about modern relationships and revolves around a married couple, Sam (Nicole Melloy) and Joe (Lyall Brooks) who have lost their “mojo” in the bedroom and since marrying and having a child, they have slowly drifted apart with the cloud of divorce encompassing them.

As a result, Sam decides that couples counselling may be the solution in preventing their relationship from dissipating even further and reluctantly Joe agrees as they visit the enigmatic counsellor Rhonda (Fem Belling) who helps this couple reconnect through sex and exercise with the book called Sexercise. Also joining this very amusing trio is Tania (Lulu McClatchy), Sam’s best friend who is hung-up over her breakup with a married woman and Joe’s best friends, Andy (Cameron MacDonald) who really channels his feminine side and is dominated by his wife plus sports buff Shane (Kristin Holland), the single of the group who prides himself of this fact. 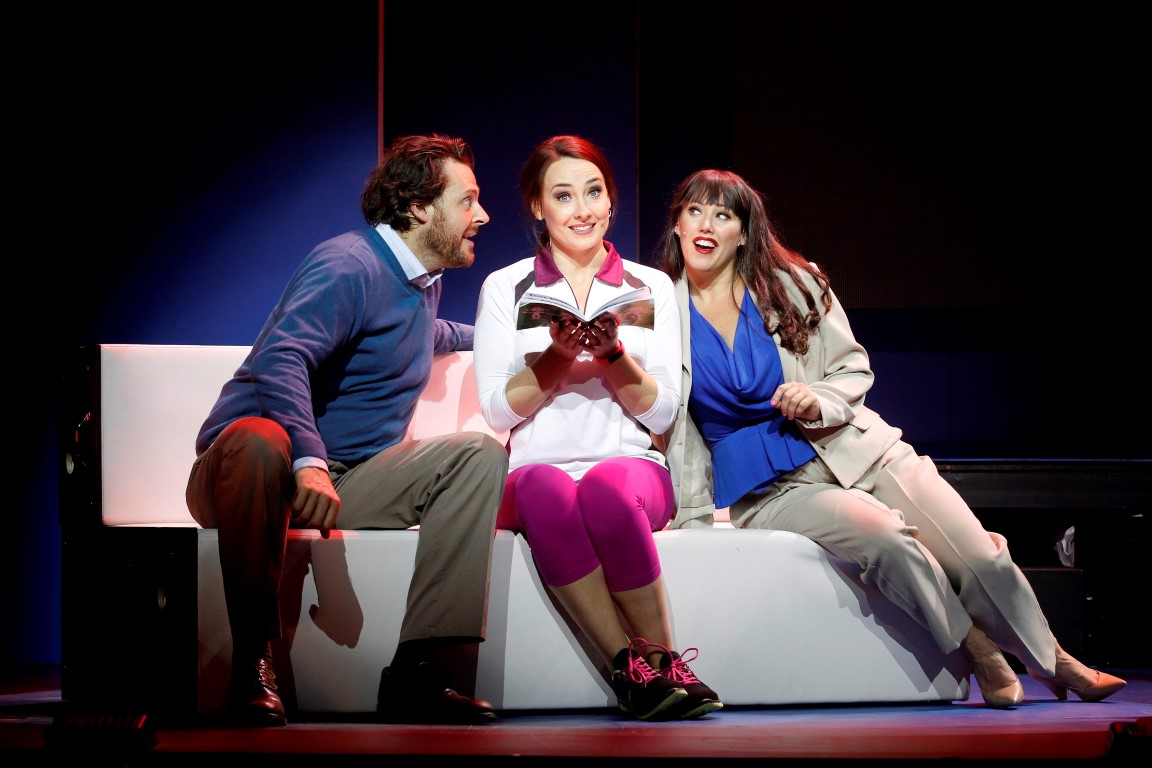 While the story of Sexercise progresses, other characters are explored in some very comedic ways such as Tania selecting a female member of the audience to be her ex-partner plus Joe, Andy and Shane singing a classic song about mateship called Mates for Life which uses the video screen to help tell the tale of these three best friends. Then you have Rhonda trying her luck at computer dating with a thoroughly amusing song Computer Dating Man which uses the video screen to project four stereotypical men trying their luck to find love online. Another great ensemble is 36 not 23 that has this real boy-band feel to it as the entire cast supports Kristin Holland with this “coming of age” song.

However just like life, not everything goes according to plan and when Sam and Joe finally get the love back into their bedroom, there relationship is torn asunder again thanks to modern technology. This is also another highlight of Sexercise as it uses contemporary themes to help portray the story and the humour is quite Melbourne focused which resonates well with the audience. Besides the amusing story, amazing songs and dance routines, the stars of Sexercise are the cast members themselves.

The lead roles played by Nicole Melloy (Legally Blonde, The Rocky Horror Show) as Sam and Lyall Brooks (The Pride, The Thing About Men) as Joe successfully portray the average married couple perfectly and have a great onstage chemistry that had the audience in hysterics. Then you have Lulu McClatchy (Tania) and Cameron MacDonald (Andy) who are definitely the comedic stars of this production thanks to their infectious personality and comedic songs. 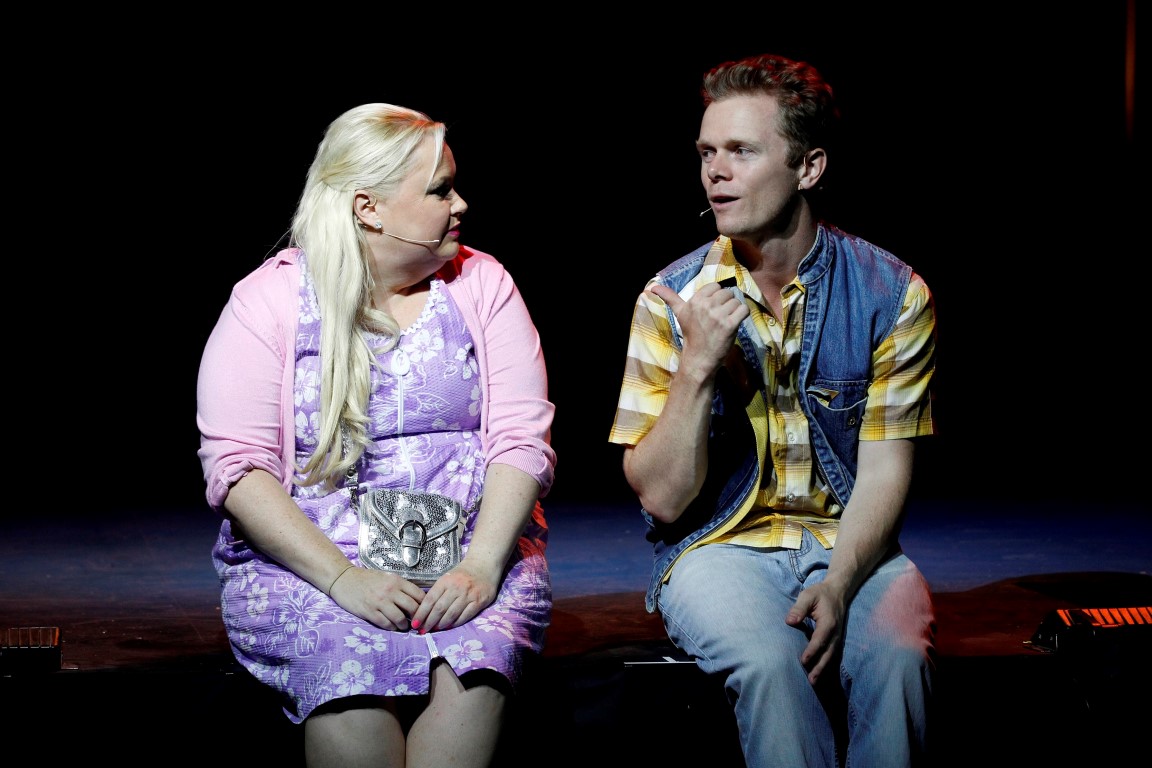 Kristin Holland (Shane) and Fem Belling (Rhonda) also enhance the production as the sex starved counsellor looking for love and the fitness fanatic who finds the single-life quite shallow. Together, the entire cast create this stellar comedy about the pitfalls of modern relationships with most people looking for a partner to compliment them for the rest of their life opposed to the baggage that they may bring. The only slight issue with Sexercise is that after the first act, the comedy did get a little flat but thankfully it picked up again well before the show finished. 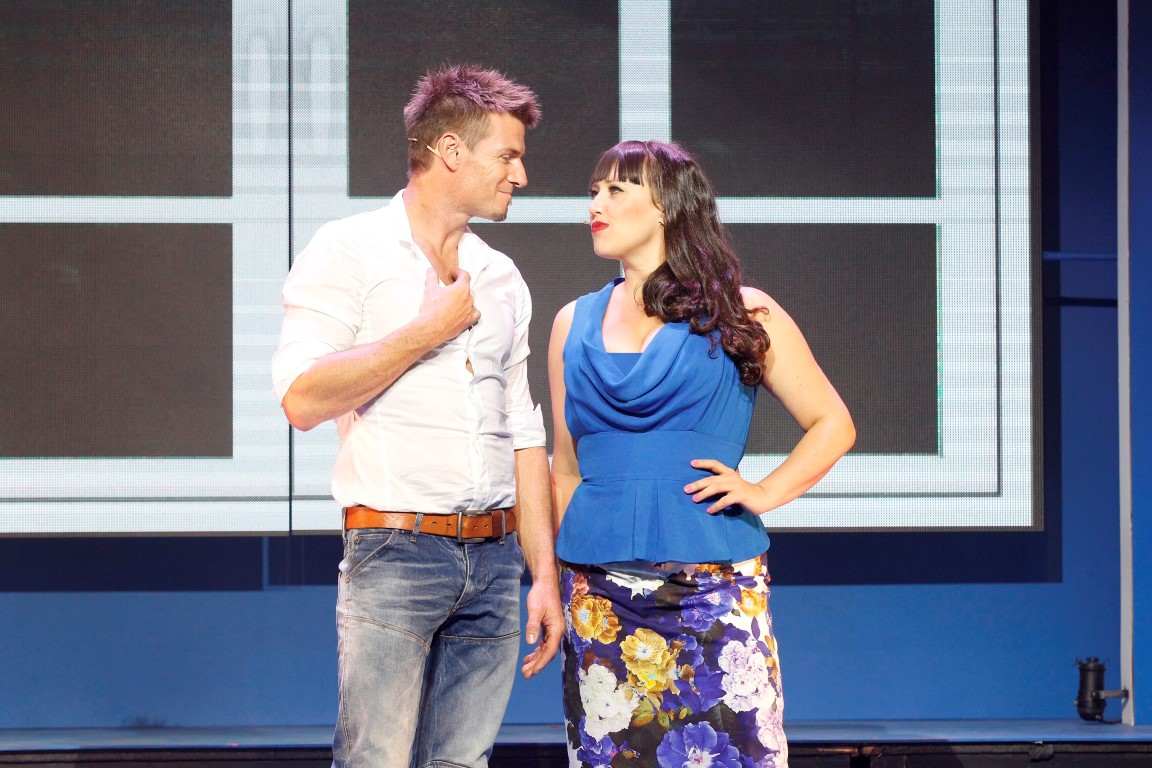 In the end Sexercise is a very witty and thoroughly amusing musical comedy that is a great contemporary snapshot of modern day relationships. Split into two acts with 17 great songs thanks to writer Derek Rowe, Sexercise will definitely become the comedic gem of Melbourne that we could happily recommend to those looking for a great night out and want to leave the theatre with a big fat smile on their faces. So kudos to Nicole Melloy and Lyall Brooks for leading such a stellar cast and story about losing their mojo and then rediscovering it!

Sexercise the Musical is now showing at the Alex Theatre in St. Kilda Melbourne – For more information, please visit www.sexercisethemusical.com