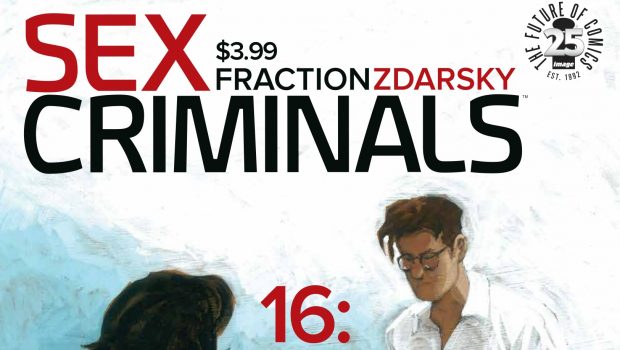 Summary: In a world filled with superheros with overlapping powers... how do you stand out? You bring it back to the basics... the power of coupling!

Sex Criminals is one of those titles that obviously draws you in… hey sex sells and they know it… but it’s actually a lot more interesting than that. The core concept is that there are certain people in the world who upon orgasm can stop time… if a couple manage to have simultaneous orgasms then they can interact together while time is frozen. The real meat of the story is what people do with this “superpower”. 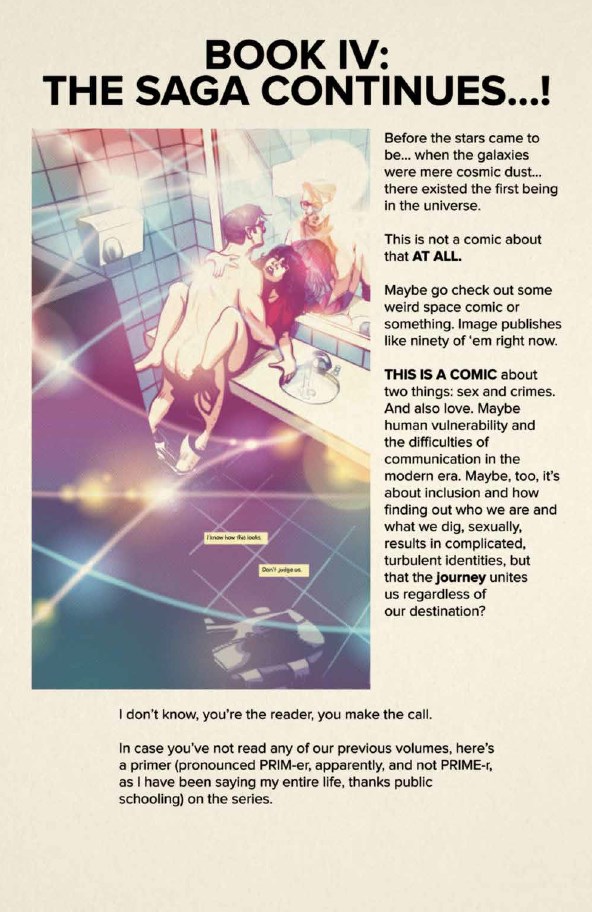 Matt Fraction has a warped man… but I mean that in a good way. It would be interesting enough having one or two people with this unique ability to stop time… but to then add a good handful of people with this ability and to have those people cross paths in a number of ways starts to add layers that provide so much more depth to the story. Instead of just being a giggle fest of “hee hee they had an orgasm and now they are going to do fun things while time is frozen”… it becomes a case of the main characters acting on their first giddy impulse and then learning that there are repercussions, not just from how they change the world… but from some of the people who share their “talent”. It is very much also a human drama about relationships… so there is a lot there to enjoy. 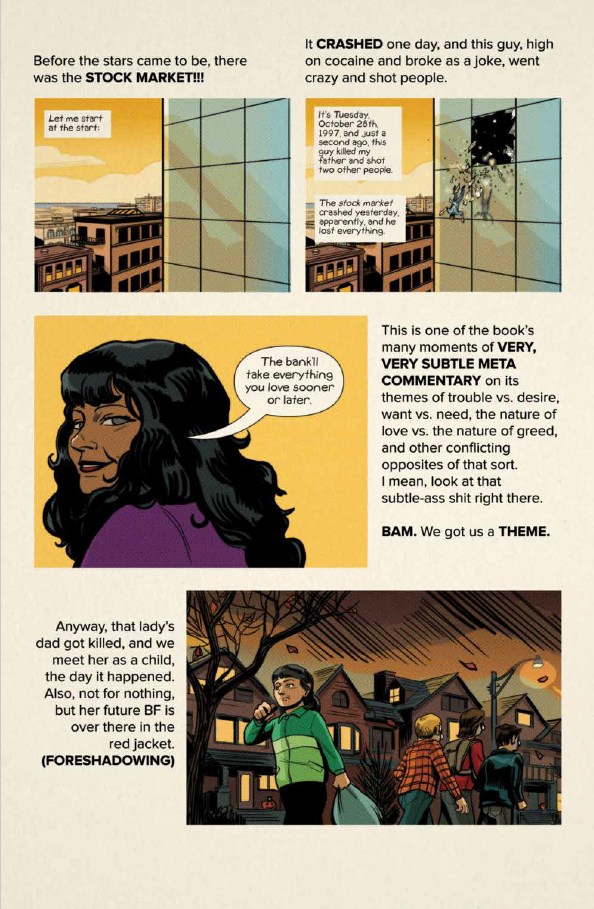 As mentioned in the beginning of the book, how do you show that time is frozen in a medium that is based around static images… well Chip does a great job of it. The use of colour and form really give a sense of the magical experience of frozen time. Chip really deserves some credit for making something of a fairly intangible (visually) nature into something visual but in a way that doesn’t distract. When you don’t have capes and cowls to indicate your powers… what do you do? You call Chip… that’s your best option. 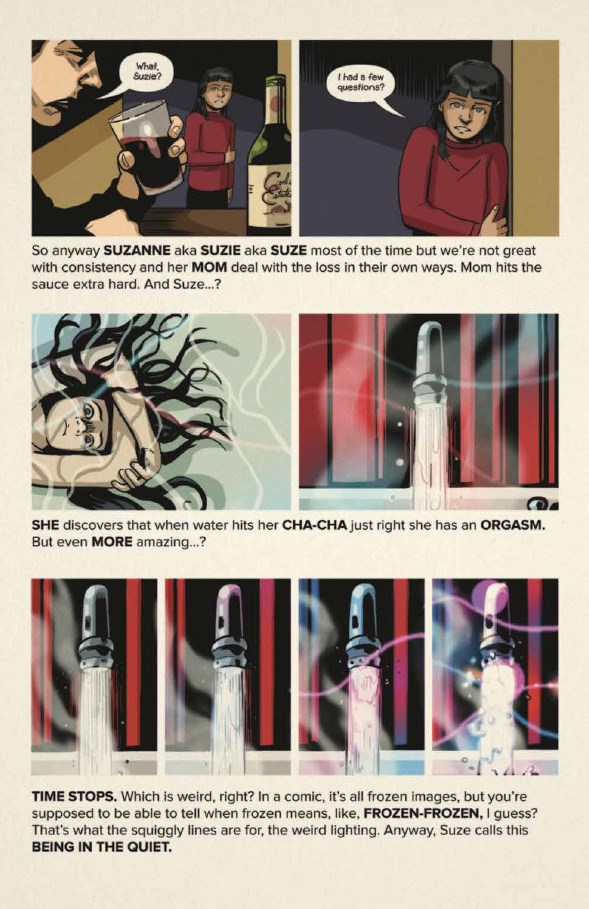 I was really interested in the way the story came out… as mentioned, it’s tricky in this day and age to come up with a new “power” and perhaps even harder to create an origin of that “power”. By marrying the “power” to sex Matt has given himself instant marketing bonus points but he’s also shown that sex in comics doesn’t always simply mean gratuitous nudity and hanky panky (though there is plenty of that too), that sex is just a part of the flow of the story and really creates an opportunity to look at intimate relationships without it being just a weak tacked on element to the story. But there’s a big bonus to Sex Criminals… the letters page… there’s a wealth of fan content there with responses from the creators themselves that are often hilarious. 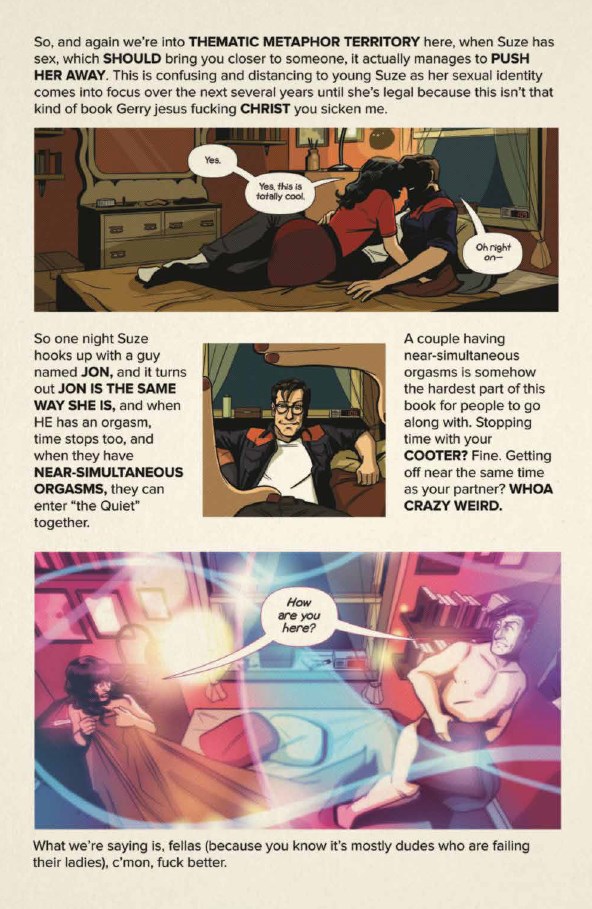