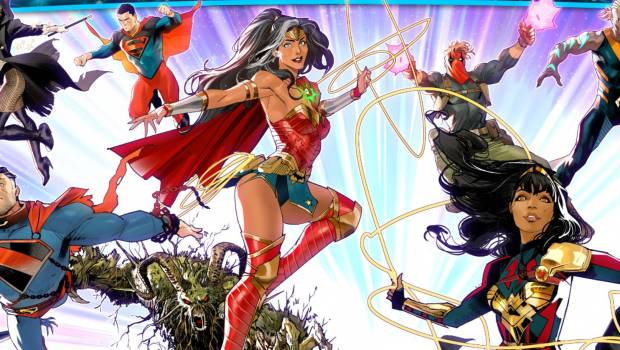 DC’s two-month Future State event launched this week with a bang, with titles receiving high praise from press, and incredible excitement from fans!

The sales success and acclaim of this linewide look into potential futures of the DC Universe has resulted in the publisher returning to press to reprint several titles:

These dynamic “character portrait” style covers feature art from some of the hottest artists in comics, including Nick Derington, Joelle Jones, Dan Mora, Jen Bartel and Mike Perkins. If you missed a chance to read these groundbreaking stories make sure and pick up your favorite when they hit participating comic book stores on Tuesday, February 2, 2021.