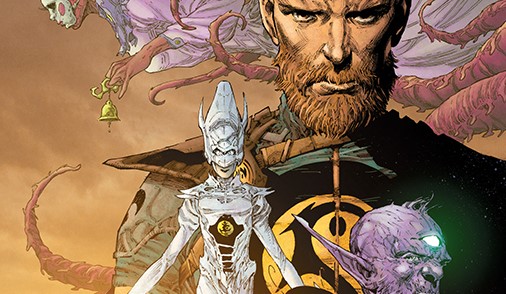 SEVEN TO ETERNITY #5 GONE BACK TO PRINT!

Image Comics is pleased to announce that SEVEN TO ETERNITY #5 of the bestselling series written by Rick Remender, drawn by Jerome Opeña, and colored by Matt Hollingsworth has gone back to print again in order to keep up with ongoing growth in customer demand.

SEVEN TO ETERNITY #5 marks the beginning of an all-new story arc for the hot sci-fi western series. Here, Adam Osidis and the Mosak come to a crossroads. The choices they make here will echo throughout the lands of Zhal for all eternity.

The bestselling series SEVEN TO ETERNITY introduced readers to the chilling villain known as, The God of Whispers—a dark tyrant who has spread an omnipresent paranoia to every corner of the kingdom of Zhal. The God of Whispers’ spies hide in every hall spreading mistrust and fear. Adam Osidis, a dying knight from a disgraced house, must choose between joining a hopeless band of magic users in their desperate bid to free their world of the evil God, or submitting to the evil God for the opportunity to gain everything Adam’s heart desires.

The following will all be available on Wednesday, May 24th. The final order cutoff deadline for comics retailers is Monday, May 1st:

Praise for SEVEN TO ETERNITY:

“Seven to Eternity has a compelling opening, a vivid (and vividly rendered) setting and a quietly mysterious central character—all of which make for a terrific narrative hook.” —Paste Magazine

“Will suck you in, chew you up, and spit you out” —Nerdist

“Has the potential to be thrilling and strange, and we need more of that in comics.” —Comics Alliance

“The kind of book Image Comics was made for. It’s unapologetically deep, gorgeously illustrated, and as inviting as it is complex. The brisk pacing and lack of clear cut direction can mar initial comprehension, but the excellent early focus on family, coupled with the ridiculous amount of beautiful imagery, carries it on through.” —IGN

“Starts with a bang and doesn’t let up.” —Fangoria 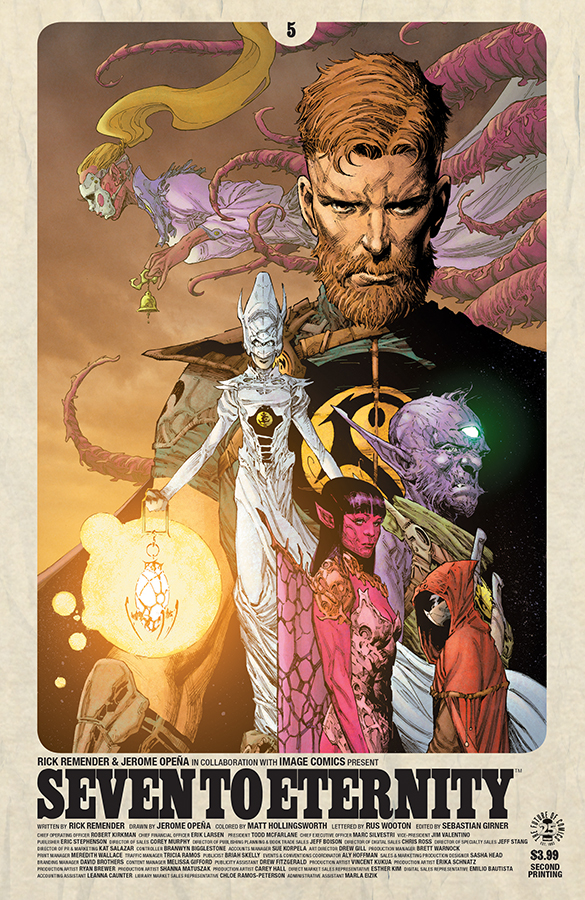