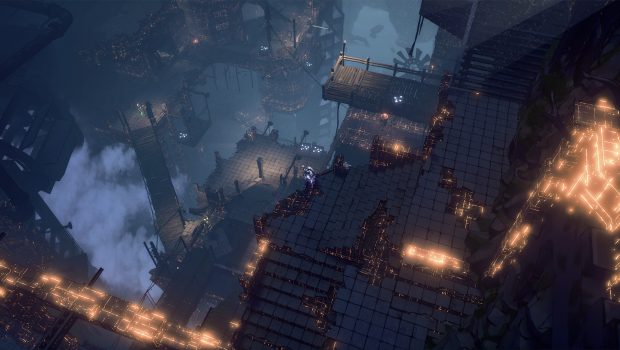 In SEVEN: THE DAYS LONG GONE you play as Teriel, a master thief. As a master thief, players must sneak (video) around, leveraging environment and lighting, smoke screens, traps, using parkour skills and the first ever climbing system (video) to avoid detection. But sometimes, even the most carefully laid plans fail. What happens when Teriel cannot talk his way out of a tight spot? Then he must let the steal do the talking. Teriel can use one handed, two-handed, dual wielded, range, and energy weapons as well as some devious contraptions crafted by his own hands. Combined with his amazing ability to move and his lethal super natural powers, Teriel can be a deadly force to reckon with.

ABOUT SEVEN: THE DAYS LONG GONE

You play as Teriel, a master thief possessed, in the most symbiotic ways possible, by an ancient daemon (Artanak) and deported to the prison island of Peh. Teriel, with Artanak help, unearth the island’s dark secrets and soon learn that the fate of the entire Vetrall Empire rests in balance. The post-apocalyptic world is filled with mysterious technology and Dark Age superstition, diverse communities that react to every action, and a rich ecosystem of creatures to interact with, from animals to people to monsters.  Freely explore the vast yet unforgiving open world, whether following the main story line or heading off on a side quest.