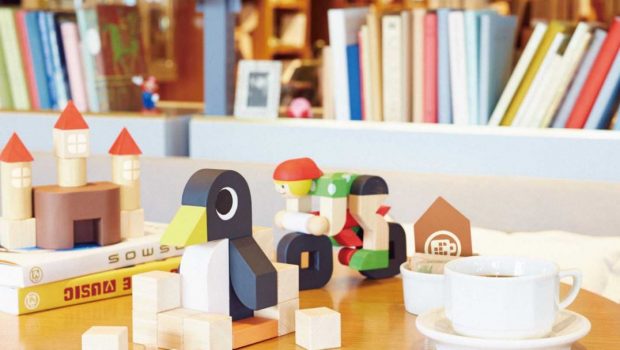 25th November 2016 – Prepare to put your mind to the test with a series of engrossing 3D puzzles as Picross 3D: Round 2 – the latest addition to the Picross series – lands on Nintendo 3DS family systems on 3rd December 2016. After a demanding day, Picross 3D: Round 2 is the ideal game to unwind with its collection of serene puzzles. Use logical reasoning and your analytical ability to reveal the hidden objects by chiselling away a multitude of blocks in this absorbing cerebral experience. With over 300 brain-teasers, including a series that can be unlocked using amiibo, there’s a puzzle style to suit everyone.

Players will need to use logic and analyse each puzzle to figure out which blocks need to be removed in order to bring shapes to life. Set in a Parisian-style café with the expressive sounds of the accordion and soothing saxophone melodies, Picross 3D: Round 2 sets the mood for lovers of puzzle games, inviting them to pick a book of themed puzzles off the café’s shelf and settle in. New to the series is the ability to add colour to blocks, adding a new layer of intricacy to puzzles: not only do players need to select the correct blocks to remove, they also need to work out which ones need painting to create perfectly sculpted objects.

We all sometimes struggle to deal with our own daily obstacles, and a quick game of Picross 3D: Round 2 might be just the thing to help, as it’s all about approaching challenges from a new perspective. There are hundreds of compelling 3D puzzles to engross players, with a gradual increase in difficulty to keep their grey matter on its toes. Each time a challenge is successfully completed, the object is satisfyingly brought to life in 3D and can be viewed from any angle by simply flicking the stylus across the Touch Screen.

In this busy modern world, we don’t have always have time in our busy schedules to play games for long periods, so Picross 3D: Round 2 is ideal for players who fancy a quick, spontaneous gaming session lasting a few minutes or a lot longer. Longer puzzles don’t have to be conquered in one setting, with the option to save progress and return to complete it later, and with a range of difficulty modes, Picross 3D: Round 2 can be enjoyed by anyone, no matter their skill level. Players who are new to the world of Picross can choose easy mode to get to grips with how to play, and once they’ve mastered the basics, they can raise the difficulty to medium or even hard mode for the ultimate Picross challenge.

Enigma enthusiasts can try out Picross 3D: Round 2 for themselves right now by visiting Nintendo eShop and downloading a playable demo.