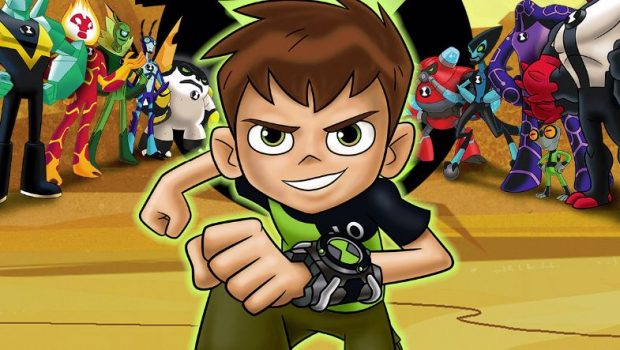 Set your watches for Ben 10 launching globally on Nintendo Switch™, PlayStation®4, Xbox One and PC Digital.

BANDAI NAMCO Entertainment Europe to be Outright Games’ European Distributor for videogame based on the Ben 10 franchise, with Adventure Time to follow in 2018.

Outright Games is pleased to announce their new game – based on top-grossing global franchise Ben 10 – is coming on November 10th and will be distributed by BANDAI NAMCO Entertainment in Europe. The Ben 10 game is inspired by the new hit series from Cartoon Network, and will bring a fresh adventure into the incredible universe where some of Ben’s most infamous villains await. Players will discover and unlock 10 alien transformations to aid Ben in saving the galaxy. Ben 10 is slated for release on 10th November 2017 for Nintendo Switch™, PlayStation®4, Xbox One and PC Digital on Steam and other retailers.

This announcement comes in light of the announcement that Outright Games have entered into an agreement with BANDAI NAMCO Entertainment Europe, the premier publisher of anime video games, for the distribution of their 2017 – 2018 line-up, including top-grossing global franchise Ben 10, and the beloved series Adventure Time.

“We’re very pleased to announce our distribution agreement with BANDAI NAMCO Entertainment Europe,” said Terry Malham, CEO of Outright Games. “Our aim is to bring high quality, family friendly video games to families around the world, and BANDAI NAMCO Entertainment Europe – with its focus on Dreams, Fun and Inspiration for everyone- is the perfect partner for us in Europe for the exciting 2017-2018 period.”

“We are excited to start a long term strategic partnership with Outright Games” added Hervé Hoerdt, Vice President of Marketing & Digital at BANDAI NAMCO Entertainment Europe. “We share the same passion and vision of family entertainment and a desire to bring content for kids and family. The current generation is lacking of content for this specific audience, especially in the EMEA market. It’s time to fill this gap by creating high quality content thanks to a new partnership with this talented and experienced team on kids entertainment.”

Ben 10 will release on November 10th 2017 for Nintendo Switch, PlayStation 4, Xbox One and PC Digital on Steam and other online retailers, with Adventure Time planned for release in early 2018. For more information, please visit www.OutrightGames.com. For more information regarding Ben 10 and additional titles from BANDAI NAMCO Entertainment Europe please visit: https://www.bandainamcoent.com, or follow us on Facebook at https://www.facebook.com/BandaiNamcoEU , or https://www.facebook.com/DBZ.videogames/.   Join the conversation on Twitter at: https://www.twitter.com/BandaiNamcoEU .