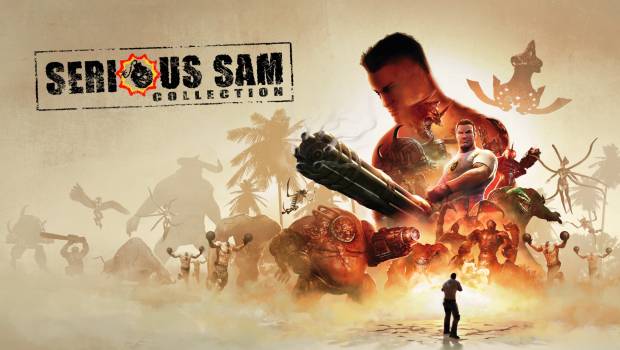 Summary: While the simplistic gameplay, and the endless hordes of enemies might be exhausting and even repetitive to some, the Serious Sam Collection is still a well-functioning blast to playthrough and a must-have, especially for fans of the genre. The series follows Sam “Serious” Stone, the gruff and macho hero of earth, and his efforts to stop Mental’s world domination plans by shooting, cutting, and blasting his way through his vast army of monsters. As most can guess, while playing any classic Doom type game, the story isn’t the main appeal nor is it the focus, as that is mainly on the combat. At the start of each game, the player starts off with a simple pistol but slowly and surely work their way to acquire a mobile armory to match the continuously expanding line up of enemies.

Another aspect of these type of games is how swift and precise gameplay is with no shortage of enemies to blast through. Thankfully the same holds true for the Serious Sam series as gameplay is incredibly swift, weighty, and satisfying. What the games lack in visual appeal, it more than makes up for with functionality. Players should be ready to face huge amounts of enemy hordes at a time, which can get quite daunting if one does not pace themselves. However, learning the enemy’s patterns and using tactics such as the strafing move in the game will help in securing a satisfying victory. 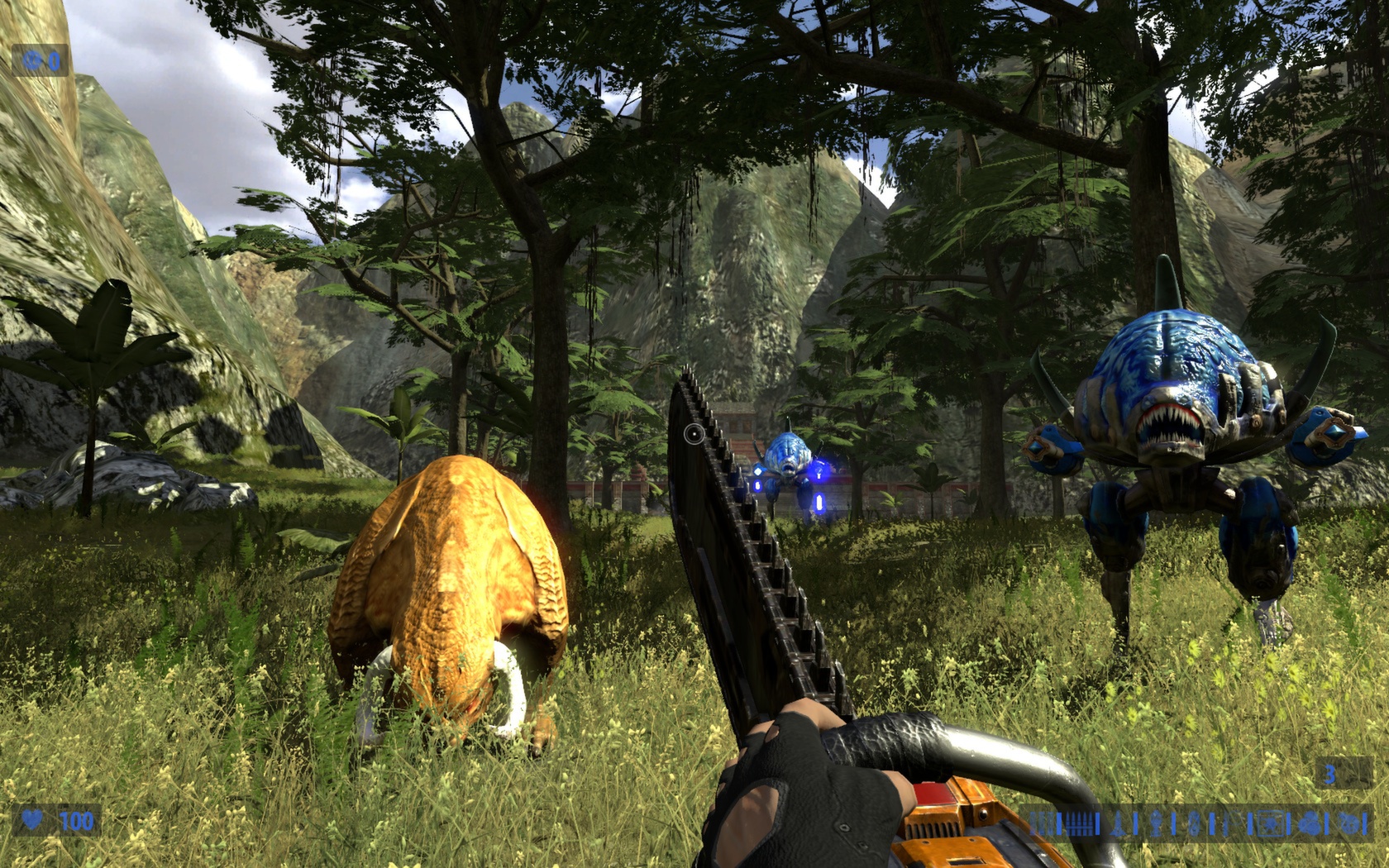 It’s also worthy to note that both Serious Sam HD: The First Encounter and Serious Sam HD: The Second Encounter are remastered versions of their original counterpart, so the visuals have been touched up to stay modern while still keeping their drab aesthetic. However, while these games show their age in some parts, they still managed to impress me with their incredible level design, with each stage looking vastly different from the next.

Both games also notably function quite similarly, like two parts of a full game. However, The Second Encounter is noticeably better looking and sports an updated UI, that’s much more pleasing to look at. A noticeable disadvantage with these two games is that players cannot run, (although Sam moves pretty quickly) nor can they hold down the sight of their guns, which can be especially jarring to those who previously only played modern shooters.

However, this changes with the inclusion of Serious Sam 3: BFE, the most modern title in the collection, which includes updated visuals, a cohesive story, and more linear levels. Serious Sam 3 also allows players to perform outrageous finisher combos, as well as sprint and aim down sights but at the price of moving slower. The collection also comes included with various co-op modes that potentially provides hours of fun for players and their friends, whether online or on the couch. 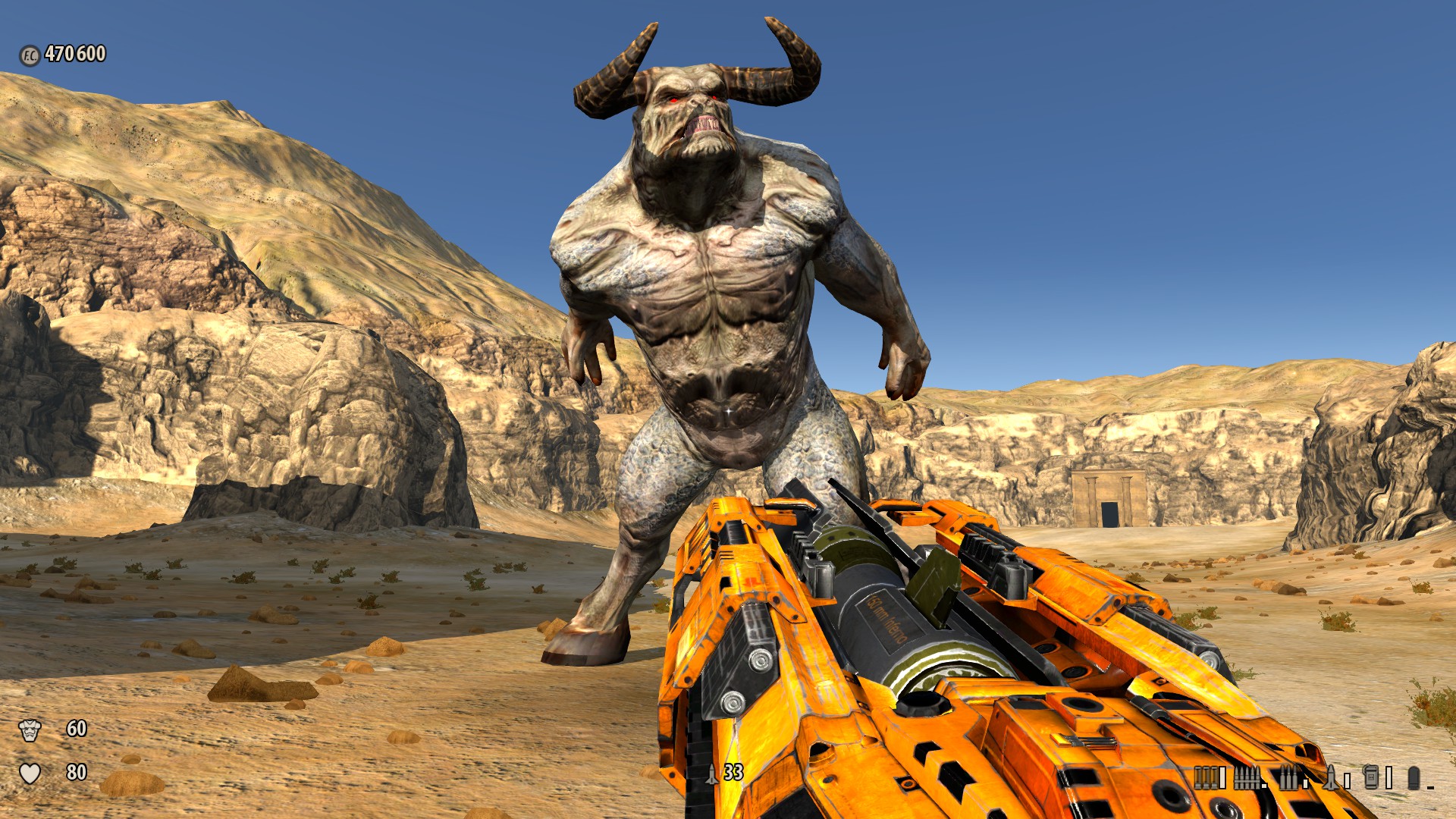 All in all, the Serious Sam Collection is a brilliant bundle of nostalgic fun. While the simplistic gameplay, and the endless hordes of enemies might be exhausting and even repetitive to some, it is still a well-functioning blast to playthrough and a must-have, especially for fans of the genre.