Summary: If Iron Chef and Russ Meyer collaborated... this may well be the result (but with a bit more humour).

Eastern and Western cultures have a lot of similarities but also quite a few differences. With modern societies able to blend more readily given the ease of access to information these differences are becoming fewer. But every now and then you come across something that just reminds you of how different the different cultures can be. Welcome Senran Kagura: Bon Appetit! Originally available on Playstation, the core game is a simple rhythm game… two lines with symbols representing keys to press as they pass over a given point. But then there is the “scenery”. 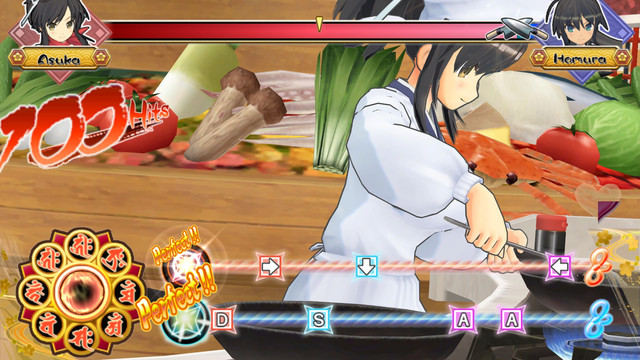 Senran Kagura is I guess what would pass for an “exploitation” game… if it was using live action. Now it would be easy to just dismiss it as simply pandering to the “hormonally heightened” crowd… but there is a little more to it than that (not much… but a little). The game starts by giving you the option of a number of players to enter their version of Kitchen Stadium with… each one has their own back story from one with an extreme obsession with “boobs” all the way through to one that seems to have an unnatural relationship with her favourite ingredient. These back stories and little segments between game play elements are where the game has a bit of longevity if for no other reason than simply seeing how crazy it can be. 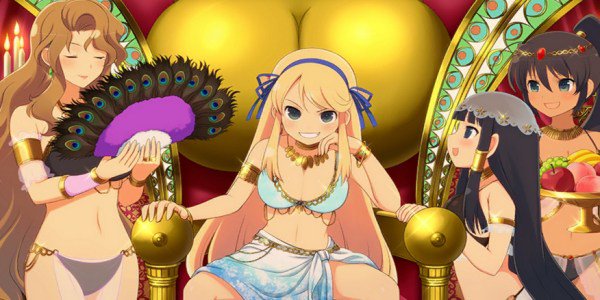 Much like listening to an anime’s lyrics translated to English… the little story segments can be quite funny in how bizarre they are. The game sets up the story as a cooking competition that is being held with the grand prize being a magical item that grants the holder their wish (so for our previously mentioned “boob” lover that is apparently a world in which she is surrounded by women of all shapes and sizes (hey at least she’s inclusive) who will do her every bidding. Some stories are a little sweeter than others but they all warrant a play just to see how they play out. 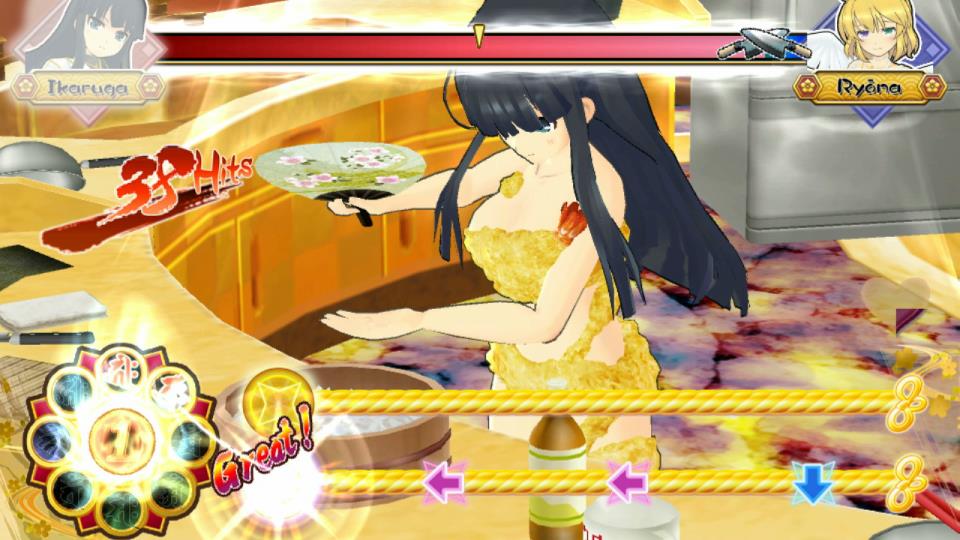 In terms of unlocking all those stories, it won’t take that long either. Each character only has a handful of opponents to play before they win the grand prize. Each challenge is three rounds long. Win a round and you remove a portion of your opponents clothing (if they win, a portion of your clothing comes off). In the third round if you are playing well enough there is a chance to activate a special move… which basically results in your opponent doing a “provocative” dance while you are trying to continue hitting the right buttons in time… so it can be quite *ahem* distracting. Each successful level can unlock new clothing items as well giving you the chance to personalize your character somewhat. 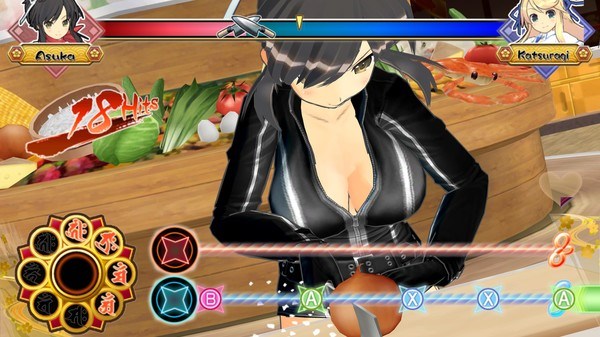 Funnily enough you don’t tend to see many (if any) of these games with males as the playable character who then gets stripped… I’m assuming because the market is not as lucrative. It’s possible that this games shows just how easy it is to make money off males (and females who enjoy a bit of titillation). But if you take this game as a bit of tongue in cheek it is kind of fun… the little segments when the food is being judged really do remind me of the Iron Chef and the over the top theatrics (though I don’t ever remember seeing him eat food into the shape of breasts).

If it’s on special it’s not the worst distraction.