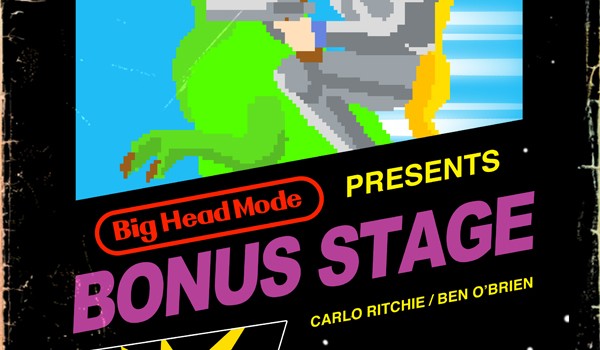 Bonus Stage is back, but this time it isn’t on a school night! We’re joining (tri)forces with Oz Comic Con Sydney to bring you a very special After Hours show.

We’re transforming the Giant Dwarf Theatre into our own little Tropico paradise as we’re joined by Co-Deputy Leader of the Greens Party, Senator Scott Ludlam. He’ll be chatting his stance on the Australian games industry and why supporting it at a federal level is imperative. Also we totally heard a rumour that he holds the high score in Big Buck Hunter (allegedly*)

We’re also excited to announce that we’ve levelled up and will also be joined by our very first international guest, Dante Basco! If you don’t already know him as the kick arse, firebending Prince Zuko from Avatar: The Last Airbender, then perhaps you know him from Hook! Yeah, we know you’re itching to do it, so here you go…RUFIO, RUFIO, RU-FI-OOOOOOOOOO.

As always you can join us after the show for some drinks and gaming times. On top of some classic, friendship ending games such as Mario Kart, Super Smash Bros. and Cards Against Humanity we’ll also be showcasing seven local indie titles!

And just in case you’re a Bonus Stage newbie, we’re a live video game talk show, hosted by Carlo Ritchie (The Bear Pack) and Ben O’Brien (Big Head Mode). In addition to chatting and cracking jokes about games, the show is bundled with sketches, cosplay and appearances from REAL video game characters. But it’s dangerous to go alone, so they’ll be joined by a variety of companions from the comedy and gaming worlds, including resident musical masterminds, Benny Davis (The Axis of Awesome) and the Triforce!

Need a more detailed walkthrough? We have a newly unboxed promo vid and a YouTube Channel full of sketches, including A Tale of Two Indies, which was recently featured on Kotaku.