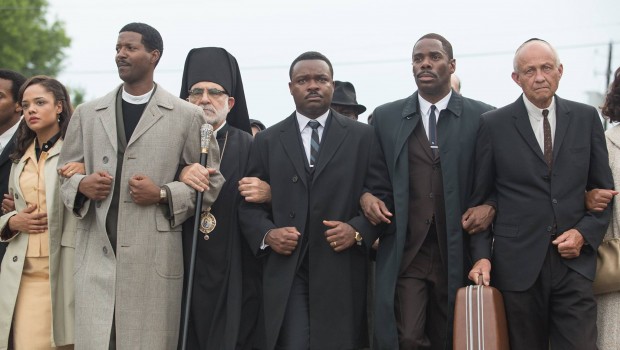 If you haven’t heard of African American filmmaker Ava DuVernay (pictured) it might surprise you how long she’s been involved with the industry and the extensiveness of her education. She received a BA from the University of California, majoring in English and African American studies, before working as a journalist and a film publicist. The latter paved her way into the film industry as a director. DuVernay has made three films prior to Selma: the documentary This Is the Life and the features I Will Follow (2010) and Middle of Nowhere (2012). For Middle of Nowhere, she became the first African American woman to win Best Director at the Sundance Film Festival in 2012. DuVernay is also an advocate for distributing independent African American films. She formed the African-American Film Festival Releasing Movement, designed to broaden the distribution of black cinema. With Selma, she was aided by Oprah Winfrey, who produced the film through her production company Harpo Films, along with another heavyweight in Brad Pitt.

Selma stars David Oyelowo as Martin Luther King, Jr. and is about his efforts in 1965 to organise the three Selma to Montgomery marches. The walks across the 54-mile highway, between Selma and Montgomery, were a display of resistance against segregation in conservative places like Alabama. They were also imperative during the Civil Rights Movement for employing the Voting Rights Act, a pivotal piece of legislation preventing discrimination against African Americans registering to vote. The film is a period piece but also an acute mirror of the racial tensions experienced between minorities and White Americans in cities like Ferguson today. The juxtaposition of timelines is referenced in the lyrics of the John Legend song “Glory” played over the end credits: “That’s why Rosa sat on the bus. That’s why we walk through Ferguson with our hands up.” Similarly, the violent, barbaric response of the riot police in the film pitches visual and historical parallels between the past and present, underlining the lack of progression in social attitudes. 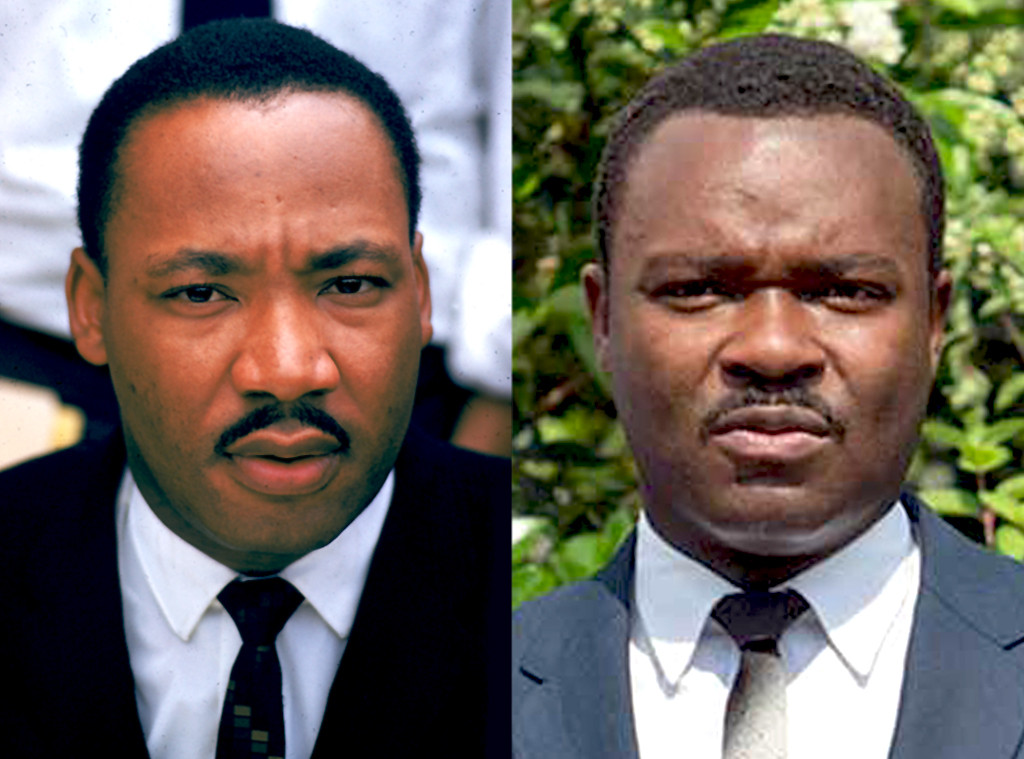 David Oyelowo plays Martin Luther King, Jr. as tired and worn from the toll the activism has taken on himself and the other protestors. In the opening scene he and his wife Coretta (Carmen Ejogo) stand together in a mid shot outlining their plans for their lives, promises tinged with doubt knowing their lives will drastically change. The contrasting scenes spur the marches: the bombing of a church which kills four young girls and Annie Lee Cooper (subtly played by Oprah Winfrey), who is turned down to vote because she can’t recite the names of all sixty-seven judges in Alabama. King’s method is “negotiate, demonstrate and resist”, a formula for passivism and non-violent protests against White bigots. His plan is to wait for the police to make a mistake, such as overreacting, which is published in the newspapers or on television. The film shares similar thematic goals as Steve McQueen’s 12 Years a Slave. Both films consider the price of individualism and passivity and how long an individual can stand wayside while others are punished for protesting their freedom and liberty. King and his supporters are martyrs, prepared to die for their cause. Voting and Democracy is an imperative step in completing their religious destiny of having full control and choice over their own lives, independent of Whites. 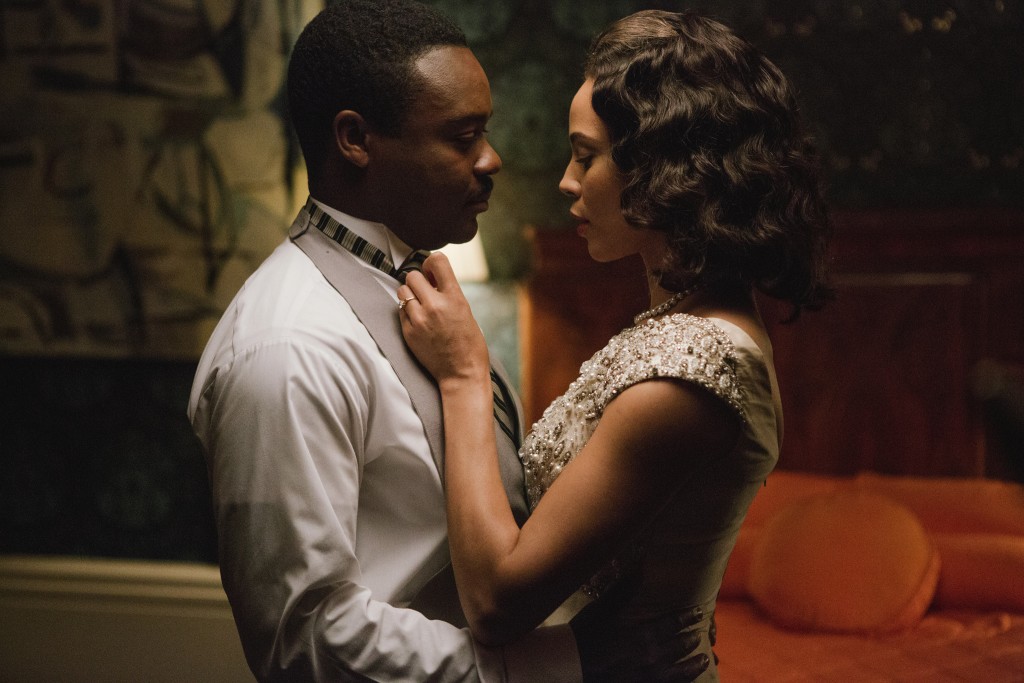 By framing King in a Church with a cross behind him, Ava views him with a religious gaze, a Christ figure of moral and social progression. However, the film does not stray from showing the personal costs of passivism. In one strong moment of conflict between King and Coretta, she  expresses her discontent with what she describes as “a fog of death” swarming over them and the constant separation between herself and her husband due to his political work. They are creepily tormented by disruptive phone calls and death threats. In one scene they’re not framed together like in the opening but cut separately, positioned away from each other to visualise their conflict. One falsehood is the film’s depiction of King’s relationship with President Johnson (played by Tom Wilkinson). They’re represented as being in a stalemate over the protests and Johnson’s refusal to act on passing the voting law. Meanwhile Johnson’s also conspiring with J. Edgar Hoover to deter King through intimidation tactics. This depiction of King’s opponent has rightly come under fire from critics because it’s openly documented Johnson was King’s ally and encouraged the protests to gather attention.

The inaccuracies don’t hamper the authenticity of the performances though. David Oyelowo, who featured briefly in Interstellar last year, gives a star-making performance as King. The breadth of his work is most impressive. His towering presence when he addresses people with his speeches is breathtaking in conviction and power and the quieter, more subtle moments of the film allow him to express his weariness and doubts through his eyes and facial movements. His physical attributes are beneficial too given he looks like King and captures both his baritone voice and lyrical speech patterns. His dominant impression was unlucky not to snare an Oscar nomination. Other actors also impress, including British actress Carmen Ejogo as his wife who wholeheartedly dramatises her frustrations with their relationship, which heightens the personal conflict and refuses to sanitise King’s image. It’s a distracting having well-known Englishmen like Tim Roth and Tom Wilkinson playing American political figures but both add personality to their roles. It’s largely a solid, confidentially made film, buoyed by very good performances. Its timeliness is at once remarkable and scary as overt racial tensions of contemporary America again come to fruition. While it takes sizable liberties with history to move us, it is at times genuinely stirring.

Summary: While it takes sizable liberties with history to move us, it is at times genuinely stirring.