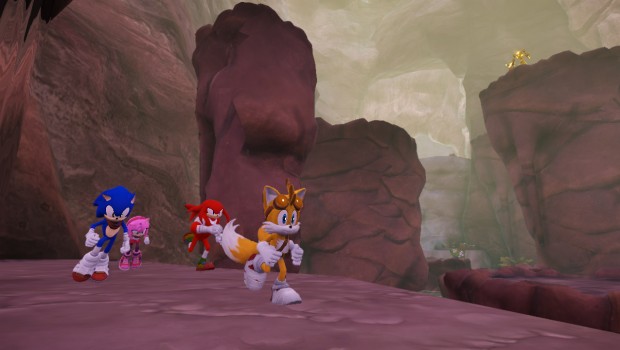 15th August 2014 – Sonic the Hedgehog, one of the most recognisable figures in video game history will be speeding his way back to fans – both old and new – this November. Today SEGA announces that both Sonic Boom: Rise of Lyric for Wii U developed by LA-based Big Red Button, and Sonic Boom: Shattered Crystal for Nintendo 3DS developed by Sanzaru Games of San Francisco, will be released on 29th November in Australia and New Zealand.

Sonic Boom: Rise of Lyric and Sonic Boom: Shattered Crystal star the electrifying team – Sonic, Tails, Knuckles, Amy and newcomer Sticks – who will band together to defeat both familiar and new powerful enemies. The games are part of the brand-new Sonic Boom initiative, an all-new Sonic experience that will usher in new gameplay based on action-adventure combat, new characters and environments as well as new storylines that will carry through the franchise’s first CG-animated series.