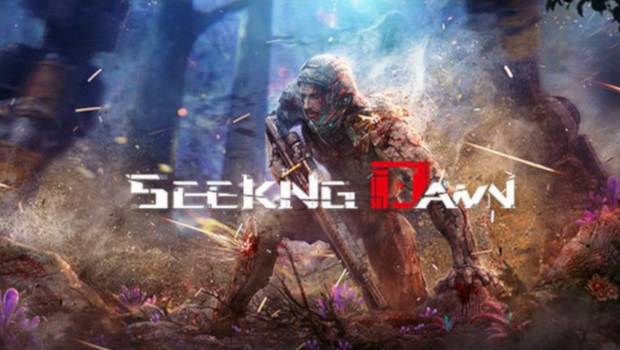 Summary: Somewhere on a distant planet you must fend off enemies both human and alien while trying to discover what happened to the previous team.

First jumping into Seeking Dawn I was reminded of Halo… you find yourself on the command ship being brought up to speed on the situation, this works as a quick early tutorial and prepares you for your drop to the planet’s surface and that’s when things really start to happen! Their are problems with your drop and you are left to get your bearings once on the planets surface. It doesn’t take long before you are acquainted with some of the local wildlife, some of which give you a chance to test your weapon skills. Once you have secured your landing zone you have a chance to survey your surroundings and this is when you can safely say “We’re not in Kansas anymore Toto”. 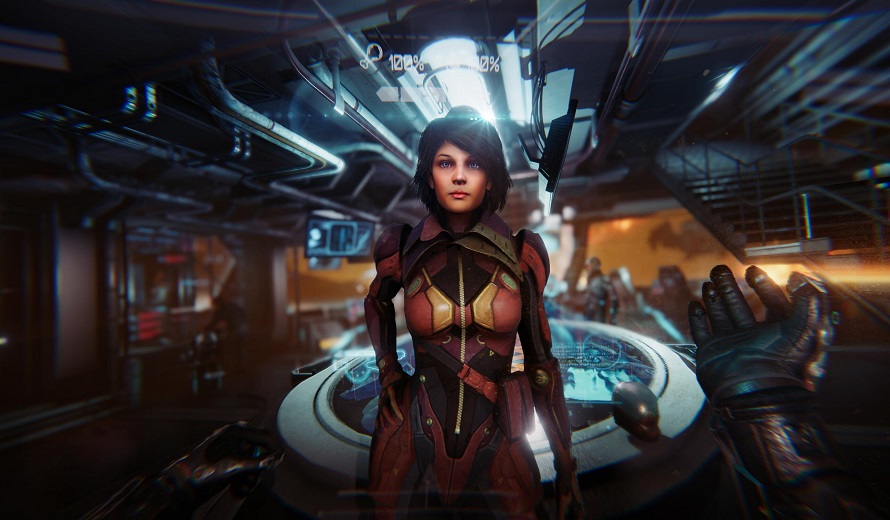 The main story line is a variation on many Sci-Fi tales… think of Avatar, a smidge of Aliens and maybe a drop of The Martian. Your mission is to find out what happened to Major Walker and his team who sent to the planet before you to find something that may help put an end to the war with the Alpha Centauri Commonwealth. You will come across signs of Major Walker as you make your way through the alien landscape but for me the landscape was where my focus was more fixed. Visually this game sits high in the list of quality VR titles. There are moments when you need to stop and just look around you. Neon jellyfish like creatures float about the sky in some places, giant stick insects grace the wall in some areas. At one point you will come across a creature that looks like an alien sauropod, it even seems to look your way as it towers above the trees on the horizon. I thought that was going to be the highlight, but later when you discover the base you will call your home, there are rooms that are effectively the alien equivalent of aquariums, rooms in which you can look down over what appears to be flowing lava. The visuals are quite impressive. 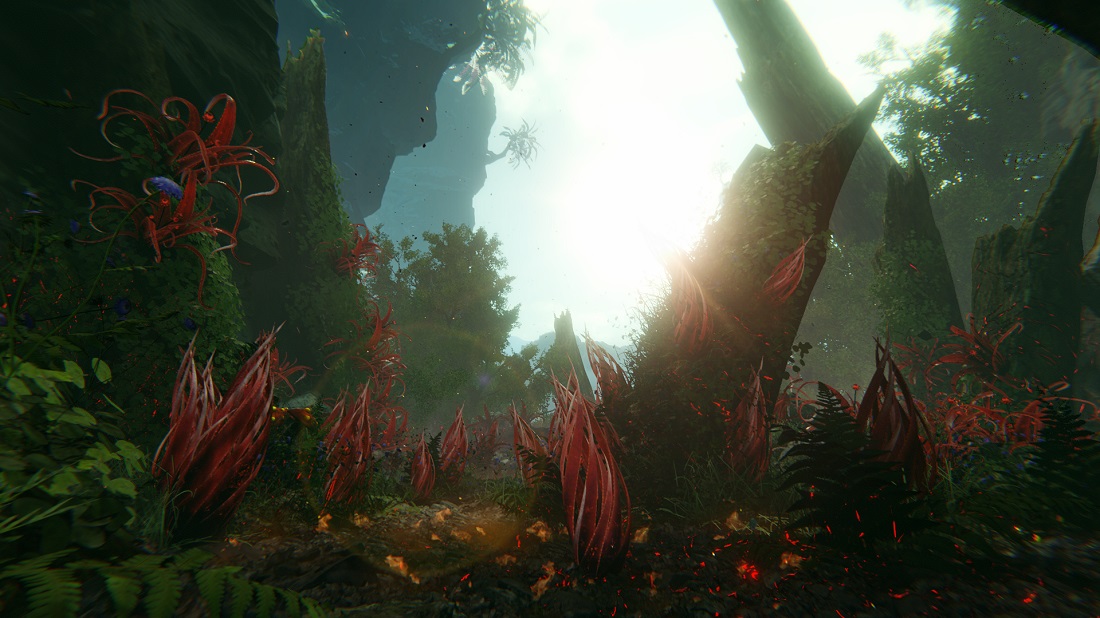 Seeking Dawn gives you a number of options for exploring this alien world, there’s the familiar teleport mode of transportation and there’s free movement and some slight variations… but the one that I found most enjoyable was the run mechanic. You can select to have your character run when you swing your arms… it works not only to substitute the ubiquitous shift key but also adds another level of immersion to the VR experience. The only thing that might have added to it is to enable a jump when both arms are swung in unison but that would just be nitpicking. 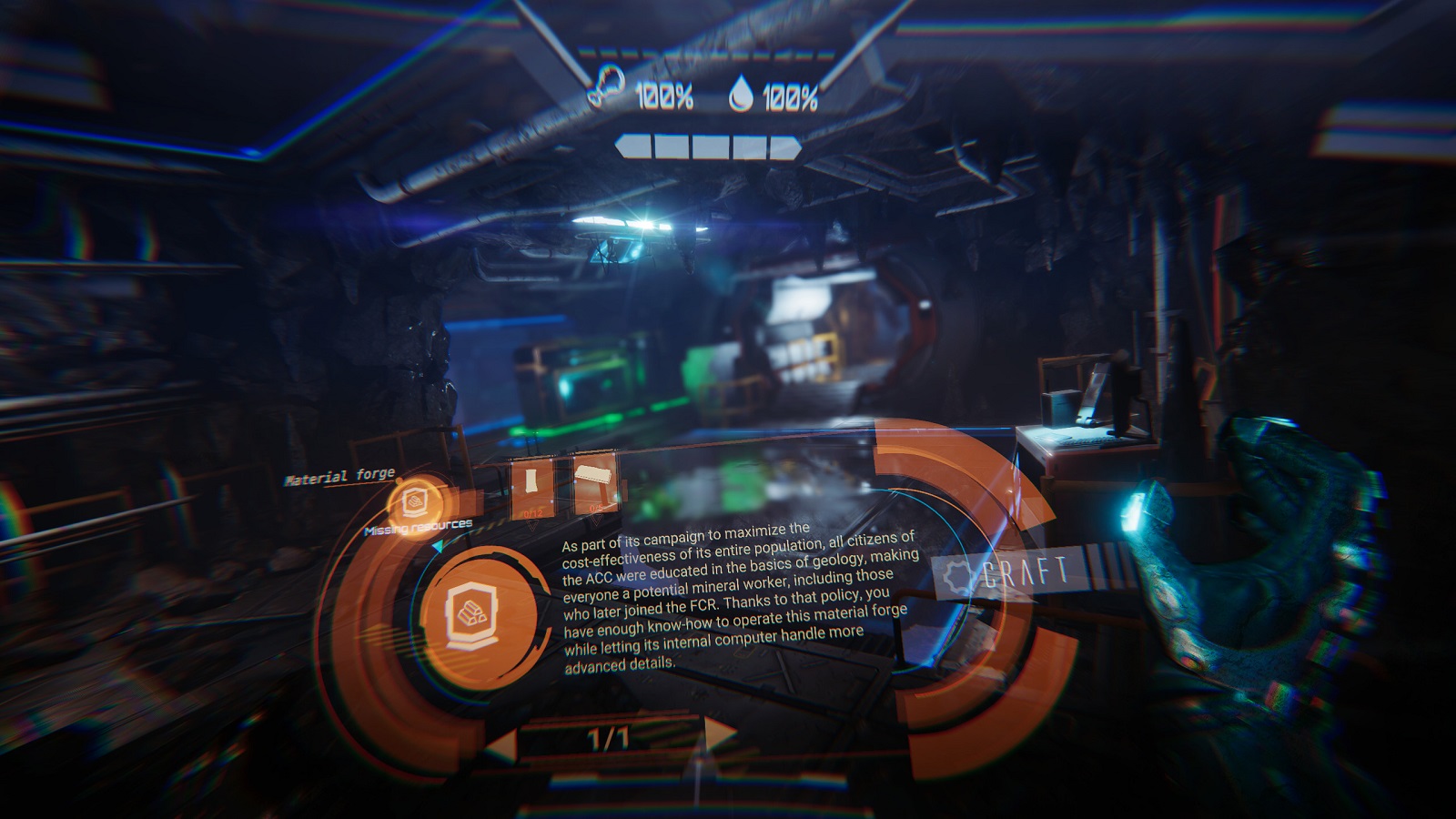 As mentioned earlier you will come across a base in your travels and this becomes your headquarters on this foreign planet. This is where you find your resource collecting tools and where you will begin your crafting career. Those resource collecting tools are required to gather the mineral resources and wood from the planet that are then used to make new weapons and supplies to survive. Creatures also drop resources to help you, not least of all is meat to recover health. You also need water but this and food are in sufficient supply to not be too stressful to maintain. 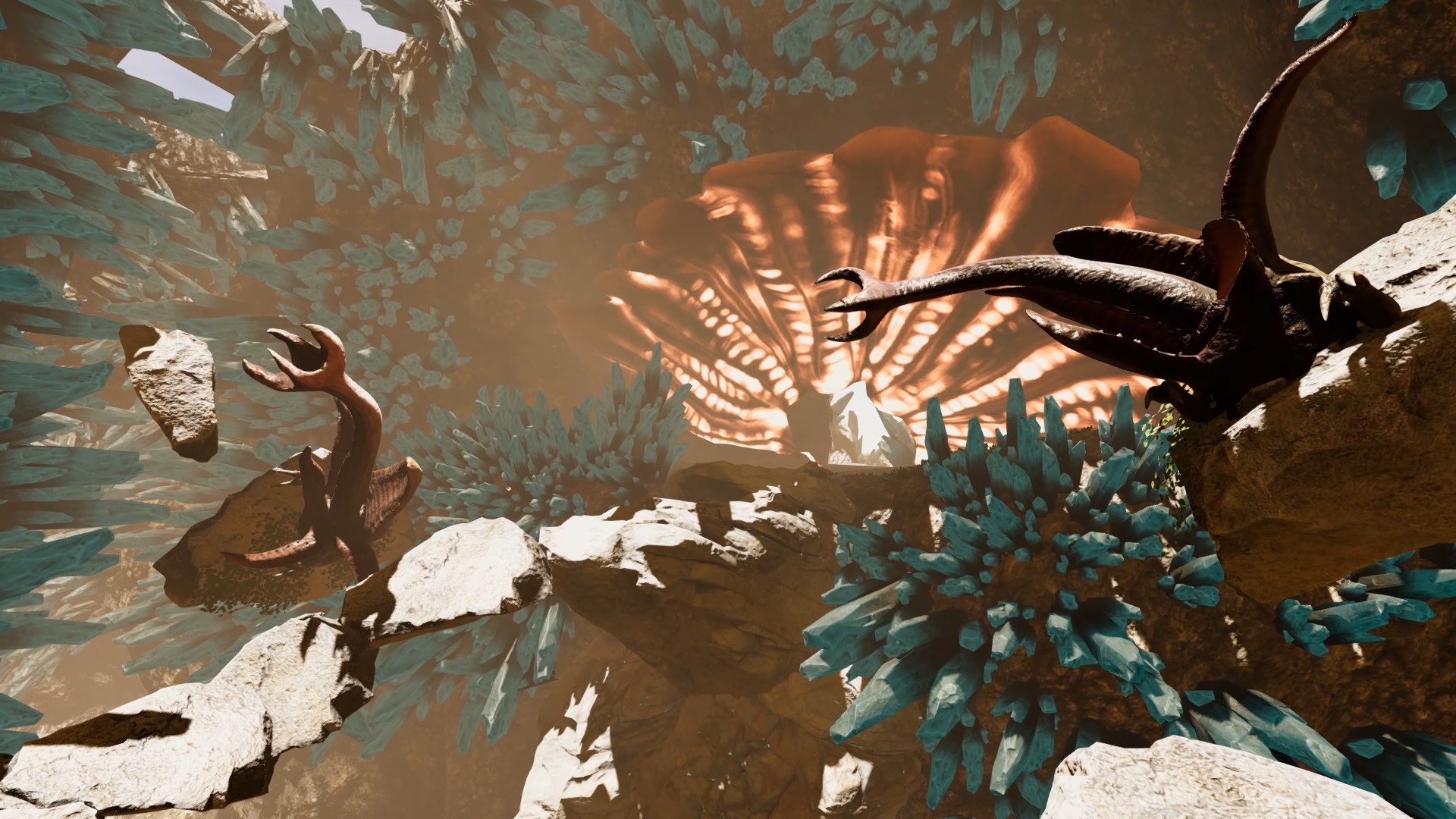 Seeking Dawn is essentially a mix of different game styles, primarily a first person shooter but also a game of exploration and crafting. You could be excused for just wanting to walk around and explore the beautiful landscape and examine the wildlife… but you do have a job to do and as big as the world is it does guide you (gently) towards your goal. Ultimately it’s a great example of what can be done in VR and a well polished game. Touted as a multiplayer game, it’s no slouch as a single player game and is certainly worth a play through.