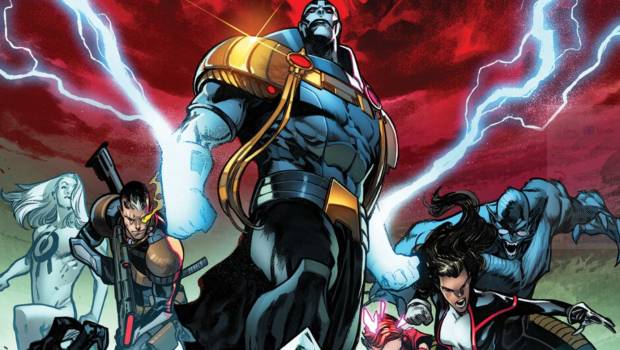 SEE WHAT THE FUTURE HOLDS FOR THE X-MEN IN THE X OF SWORDS: CREATION TRAILER!

This September ten X-Men will rise, swords in hand, to defend the new mutant nation of Krakoa from mysterious new enemies in X OF SWORDS. The next chapter in Jonathan Hickman’s bold vision for mutantkind that began last year in HOUSE OF X, X OF SWORDS will be told in the tradition of classic fan-favorite X-Men crossovers such as X-CUTIONER’S SONG and MESSIAH COMPLEX, tying into every current X-Men title. Packed with unbelievable revelations, memorable new characters, and breathtaking battles, this is the story that X-Men fans have been waiting for.

It all begins next month in X OF SWORDS: CREATION #1, and you can get your first taste of the action in this spellbinding new trailer, showcasing artwork by some of the industry’s top talents including Pepe Larraz, Mark Brooks, Leinil Francis Yu, Russell Dauterman, Adam Kubert, and more. Listen closely as Saturnyne, Majestrix of the Omniverse, foreshadows all the dramatic twists and turns that await in this grand saga.

“It’s one of those magical things about us all just getting to sit in a room and brainstorm,” Howard explained in a recent interview with SYFY Wire. “I happen to have a pretty thorough knowledge of tarot so I offered up my knowledge when it seemed like it fit an idea we were all shaping, and it was one of those moments where I realized I’d pitched a whole thing just kind of out loud — and then we all just set to working on it. The X-Room is that kind of room — we do backflips off of one another every time we’re in the room together. Some of our best ideas come about there.”

Check out the trailer and don’t miss the start of the latest X-Men milestone when X OF SWORDS: CREATION #1 hits stands next month!