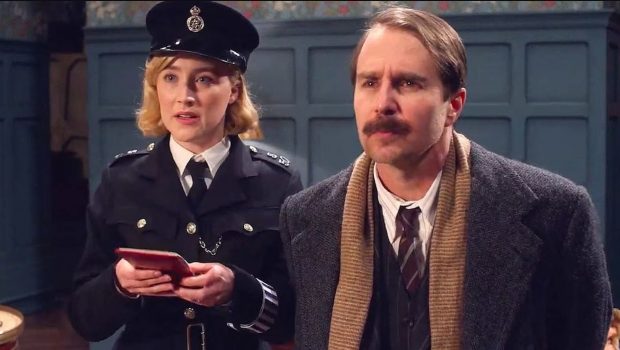 See How They Run – Film Review

Set in ‘50s London, See How They Run tells the story of Detective Stoppard (Sam Rockwell) and Constable Stalker (Saoirse Ronan), a dreary drunkard detective and an enthusiastic rookie assigned to solve a murder case of an acclaimed yet arrogant American director, Leo Kopernick (Adrien Brody). He was killed backstage in the theatre while the Agatha Christie play ‘The Mousetrap’ was celebrating its 100th performance.

The suspects in the murder case include the entire cast and crew. All of them share possible motives for murdering Kopernick. Be it the pompous playwright Mervyn Cocker-Norris (David Oyelowo), who had creative differences with him, the film producer John Woolf who was blackmailed by him due to his knowledge of his secret affair with his assistant, Ann Saville (Pippa Bennett-Warner), or when he came to blows with actor Richard Attenborough (Harris Dickinson) for flirting with his wife, Sheila Sim (Pearl Chanda), everyone wanted a piece of him.  It is up to Stoppard and Stalker to solve the case before the killer strikes again!

See How They Run is the latest entry in the recent whodunnit resurgence. Following on from films such as Knives Out (2019), Bodies Bodies Bodies (2022), the Kenneth Branagh Poirot films, and the latest Scream sequel, See How They Run is a comparatively lighter affair. With a genial tone, self-referential barbs, and ample real estate for its actors to let loose, the film strikes the perfect balance between parody and homage.

The sharp script from Mark Chappell (famous for his work in the British show This Family) combines pithy dialogue (the reactions to Stalker’s obliviousness border on being hilariously mean-spirited) with amusing nods to the UK film industry. Numerous characters are fictional depictions of British talent alongside nods to British creatives, including Tom Stoppard, Julian Fellowes, and Agatha Christie with off-kilter touches (a dream sequence involving Stoppard and Kopernick is a highlight). The result is an efficient, witty, and charming screenplay.

The genre tropes of the whodunnits are faithfully adhered as the film embraces the formula while poking holes in it. With tropes like contained settings, power cuts, the use of deus ex machina (which results in one of the biggest laughs), gloved killers, world-weary sleuths, and pantomime performances from the cast, director Tom George and his crew approach the material with fun and respect.

George and his editor(s) Gary Dollner and Peter Lambert lend the story a modern touch in terms of pacing. The visual flourishes including the use of split-screens, smooth panning, God’s eye camera angles, and singular takes (the latter results in a funny chase scene involving characters running through numerous doors) add to the humour, which makes it more enjoyably frivolous than the norm. 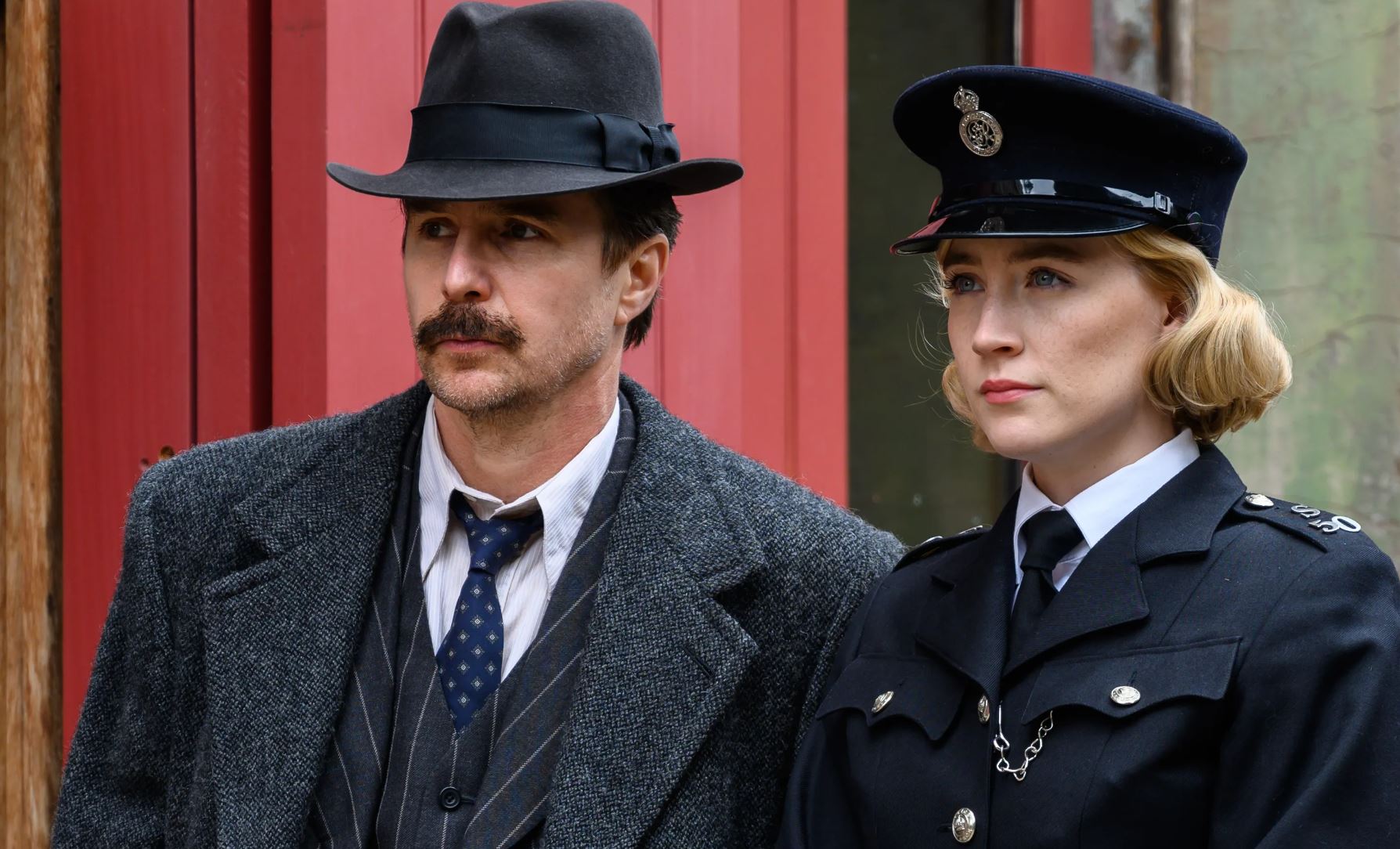 But major credit must go to the ensemble cast. Everyone clearly understood the assignment as they  sink their teeth into their roles with requisite gusto. From the exaggerated accents, the physical comedy, to the intricate timing, everyone does a marvelous job. As for our leads, Rockwell (with a decent London accent) is reliably loose and laconic, and Ronan (who thankfully keeps her Irish accent) is enthusiastic and charming, which makes them a great comedy duo.

The film’s one true flaw is the lack of surprise. While the reveal of the killer and their motives are perfectly adequate (the latter is believable and sympathetic), it is not something that will linger long after the film ends. One would also expect the film to be sharper with its self-referential humour as the whodunnit genre is something to be thoroughly explored. The flaws are easily overlooked as it is a film striving to entertain with its eager-to-please ambitions and the journey is more than worth the deduction.

Led by the riotous comedy duo of Sam Rockwell and Saoirse Ronan, See How They Run is a wonderfully fun time that honours and skewers the whodunnit genre with wit, charm, and admiration.

Summary: See How They Run is a wonderfully fun time that honours and skewers the whodunnit genre with wit, charm, and admiration.