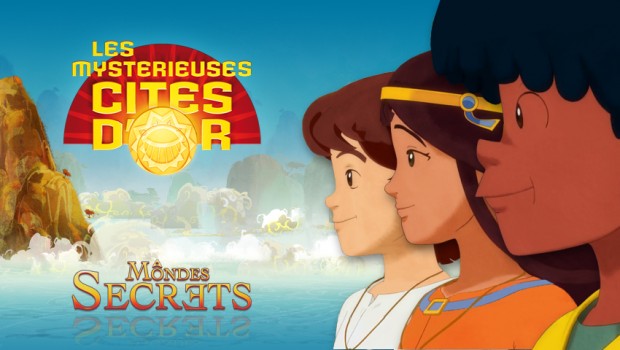 Secret Paths, the official game of the Mysterious Cities of Gold is now available on PC and Nintendo Wii U

Paris, November 21 2013 – Neko Entertainment and Ynnis Interactive are proud to announce the release of the first adventure game based on the cult anime The Mysterious Cities of Gold. Available now on PC and Nintendo Wii U, the game Secret Paths will also come to iOS on November 27th, and Nintendo 3DS early December.

Extra levels will unlock free of charge as the new episodes of the cartoon air on television. The MCOG universe is now in your very hands in this delightful video game that will please both kids and nostalgic fans alike. You’ll find all the elements that have built the fame of the anime over the last decades: original music, full cinematic excerpts from the new second season, a multitude of enigmas and riddles to solve, and of course the possibility to play with your favorite heroes and their specific skills.

Don’t wait any longer to embark on a quest for the new city of gold in the heart of Imperial China!