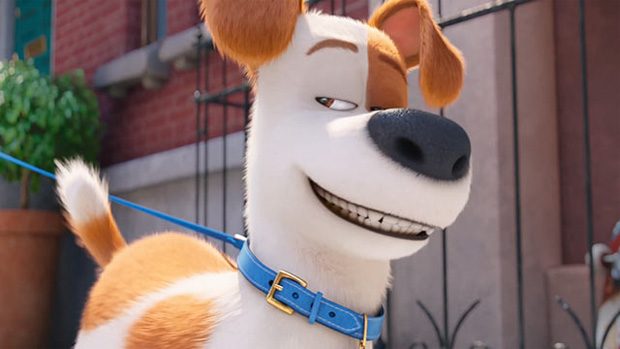 In their fifth fully animated feature-film collaboration, Illumination Entertainment and Universal Pictures present The Secret Life of Pets, a comedy about the lives our pets lead when we leave for work or school. When loyal terrier Max’s (Louis C.K.) big-hearted owner, Kate (Kemper) brings back an unwanted surprise; an oversized, boisterous mutt from the shelter named Duke (Stonestreet), Max must learn to adjust and share his pampered lifestyle with his new unbearable “brother.” When Max and his unruly new “roommate” slip away from their dog-walker, they find themselves lost in the urban jungle of New York City. In an attempt to stay ahead of animal control and a rebel band of abandoned pets led by an unhinged bunny named Snowball (Hart), they put aside their differences to survive the epic journey back home, all before dinner time.

From the humans behind the Despicable Me franchise, follow the animation’s epic journey of an unlikely duo in The Secret Life of Pets, available on 4K Ultra HD™, 3D Blu-ray™, Blu-ray™, DVD and Digital from December 7, 2016.