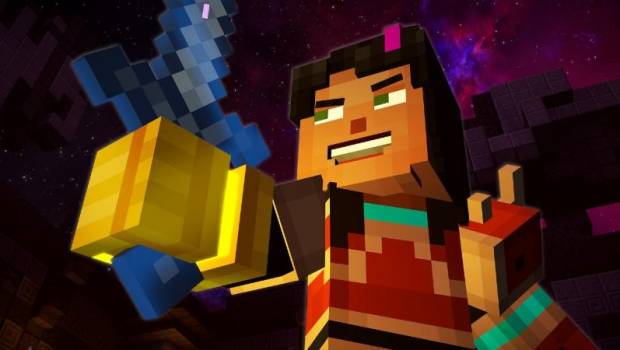 Season Finale of ‘Minecraft: Story Mode – Season Two’ from Telltale Games and Mojang Is Now Available on All Platforms

SAN RAFAEL, Calif., and STOCKHOLM, Sweden, December 19th, 2017 — Award-winning developer and publisher of digital entertainment Telltale Games and world-renowned game developer Mojang today launched the fifth and final episode of Minecraft: Story Mode – Season Two. The episode, entitled ‘Above and Beyond,’ is now available for download on Xbox One, PlayStation 4, PC, Mac, iOS, and Android-based devices, as well as through Telltale’s own online store.

The home Jesse left so long ago — Beacontown — has succumbed to the iron rule of the Admin. Menacing guards patrol the streets, anxious citizens tremble in fear, and worst of all, everyone believes Jesse is responsible thanks to the Admin’s devious disguise. In order to save the city, the real Jesse must find a way to zap the Admin’s powers and take him down once and for all…

Minecraft: Story Mode – Season Two continues Jesse’s saga in a five-part, narrative-driven, episodic game series developed by Telltale in collaboration with Minecraft developer Mojang and members of the Minecraft community. Though players’ choices from the first season will optionally carry over into season two, this new season is intended to be accessible to both returning fans and newcomers alike.

This second season includes Telltale’s unique multiplayer ‘Crowd Play’ feature, which allows friends and family to engage with the adventure together by helping to decide the direction of the story from any mobile device with an online connection. This season also features voice work from Patton Oswalt, Catherine Taber, Ashley Johnson, and Scott Porter, as well as cameos from Stampy Cat, stacyplays, and other personalities from the Minecraft community on YouTube.

Minecraft: Story Mode – Season Two is a standalone product separate from both the core Minecraft game and season one of Minecraft: Story Mode. Season two is available for download on Xbox One, PlayStation 4, PC, Mac, iOS, and Android-based devices. A retail version on disc is also available. Episode five has been rated ‘Everyone 10+’ by the ESRB.