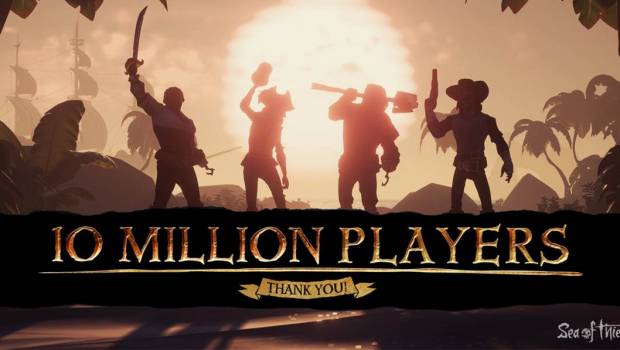 We’re excited and humbled to share that Sea of Thieves has now been played by more than ten million players, reinforcing its status as the most successful new IP from Xbox this generation.

It’s mind-blowing to think of that many people setting sail on the Sea of Thieves, and it’s all been made possible by the support and passion of our fantastic community.

For everyone at Rare, the Sea of Thieves community represents the very best of what gaming can be. It’s home to players from more than eighty different countries, bringing together gamers on Xbox Game Pass, Xbox One and Windows 10 PC and creating countless stories and moments that people can treasure. Seeing these stories shared through social media or other community spaces is something that inspires the team every day. To every person who’s played Sea of Thieves, thank you.

Our community will be at the centre of our January update – ‘Legends of the Seas’ – which will be available to all players for free from Wednesday January 15. Not only will this update celebrate our community and its stories, it will also feature two limited-edition gifts to mark our 10 million player milestone. Log-in to the game between January 15 and 22 and claim a free custom sail and a special new emote.

Once again, on behalf of everyone at Rare I’d like to say thank you to everyone who’s been on this journey with us so far. The best news is that we’re just getting started and have big plans for the coming year. See you on the seas.