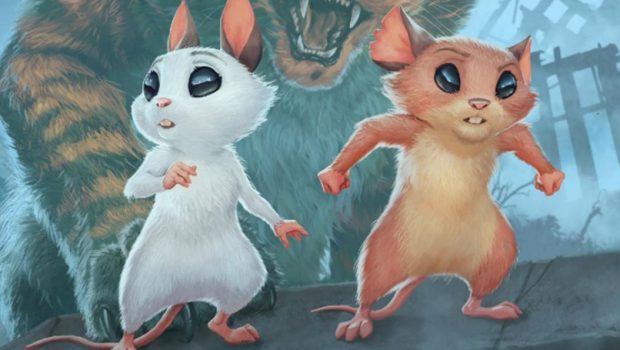 Skybound Comet today debuted a brand-new trailer for Scurry, the new Middle Grade graphic novel from webcomics superstar Mac Smith, which marks the first-ever collection of the smash-hit webcomic in a complete volume.

The thrilling trailer offers a sneak peek at a world where the humans are gone, food is scarce and it’s getting harder to find. Meet a brave, little mouse named Wix who embarks on a dangerous journey to save his colony. Rumors of a new food source give hope, but desperation and deceit fuel the colony with conspiracies and lies, plunging Wix into a world of danger. He is confronted by strange creatures, unlikely allies, and terrifying enemies. But this tiny hero with a big heart might find hope where he least expects it.