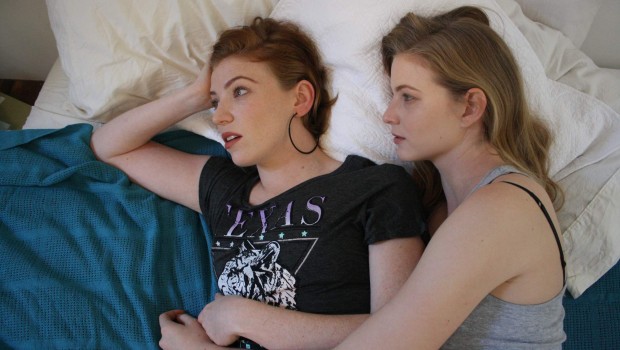 ‘Skin Deep’ and ‘Safe Water’ for the American Film Market

Skin Deep, currently in post-production, was written by award winning artist Monica Zanetti and stars Zara Zoe and Zanetti, with Elizabeth Blackmore from the recent remake of Evil Dead. It is set in Sydney’s Inner West, where a troubled university student Caitlin Davis (played by Zanetti) meets Leah (Zoe), a young woman from the other side of town. Caitlin and Leah couldn’t be more different.  Their chance meeting leads them on a random adventure, where they discover their needs are surprisingly alike.

The horror film Safe Water, currently being financed, reunites Producer Ross Howden and Director Nathan Christoffel who created the visionary, award-winning indie feature Eraser Children. The movie is about a former surf champion, Shelly, who returns to the sleepy beachside community that she grow up in, before she made worldwide headlines. Now disgraced, she braces herself for small town backlash – but, when it comes in an unexpectedly horrific form, Shelly has to muster all her resources just to survive. Ross Howden will produce the film along with LA based producer, Diana Ward, and the film will be shot in 3D – returning to the horror style of films such as Halloween 3D.

ScreenLaunch CEO Ross Howden, said: “They are two different films but both unique Australian tales that should garner strong international interest. Safe Water is already drawing investment interest ahead of the event. Horror is big at the moment and if you add the Aussie surf and beach lifestyle, it’s a double attraction.”

Mr Howden said it is important now, more than ever, for Australian films to be formally represented at international markets to strengthen the local industry. “With the lines between local and international deals blurring, it’s all about global sales so it’s vital to reach buyers from all over the world,” he said.

Also amongst ScreenLaunch’s line-up for the AFM is Survival Tactics – a hip hop urban drama which was recently selected for the 2013 Beijing International Film Festival, Johnny Ghost – a thriller about a musician whose attempt to suppress her wild past comes back to haunt her, and The Tunnel – which is still selling internationally despite being given away on the internet.

To view the trailer for Skin Deep, head to: http://www.screenlaunch.com/film/skin-deep/

For more information on ScreenLaunch and the slate of films for the AFM visit www.screenlaunch.com