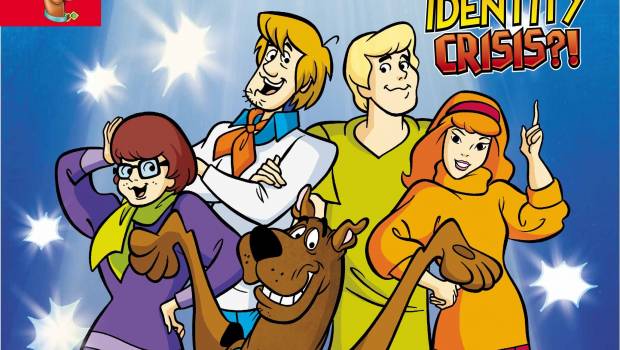 SCOOBY-DOO, WHERE ARE YOU #92 REVIEW

SCOOBY-DOO, WHERE ARE YOU #92 REVIEW Mark McKechnie
Score

The first story, by Ivan Cohen, takes place on the floor of a Mystery Inc. convention, where the gang must solve the mystery of who has stolen a collection of rubber masks from Mystery Inc.’s earliest villains!  The gang are soon confronted with the difficulties of being the ‘guests of honour’ at their own convention, and the complications that creates when trying to solve a crime.  Though star struck with some of their own favourite heroes in attendance, it soon seems like their only hope for solving this mystery lies with a villain from their past. 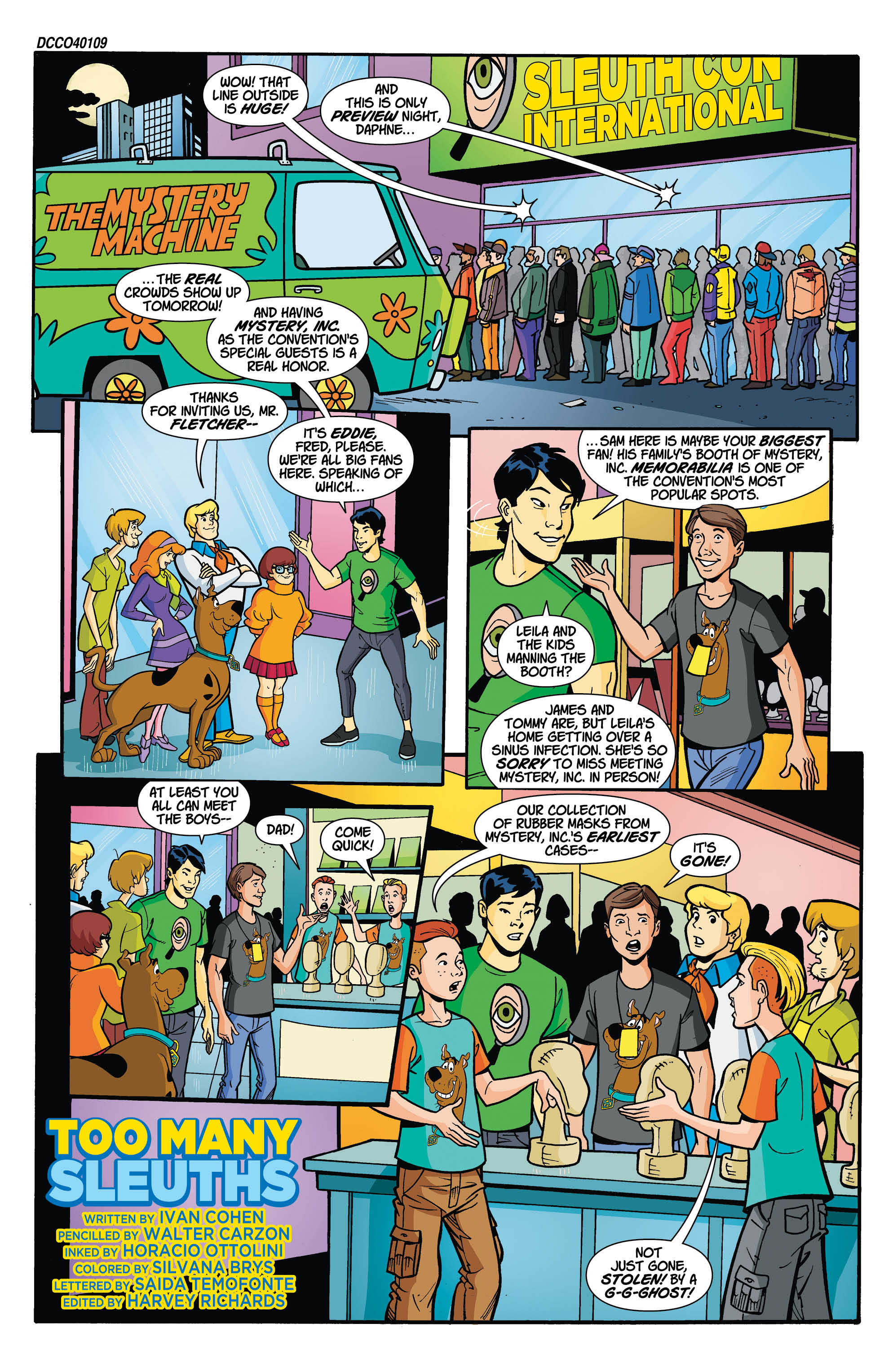 The second story, by Scott Peterson, is a very Mystery Inc take on Edgar Allan Poe’s most famous work:  The Raven.  This reimagining begins with Shaggy sitting alone, waiting for his friends to return with food while catching up on some ‘superhero lore’ when he is soon joined by Poe’s titular Raven.  The prose used is in the style of Poe, but the content is very much Shaggy.  This was a really fun section of the book and the interaction between Shaggy and the bird was a lot of fun.  Will Shaggy be driven mad by his encounter with this literary legend, or will the gang arrive in time with dinner?

The third story, by Frank Strom, is set on a tropical island during a surfing competition.  The action begins when two surfers seeking a quiet place for a picnic are driven off by the ghost of a great warrior chief!  Just when it seems that all is lost the Scooby and the Gang show up to solve the mystery and save the day. 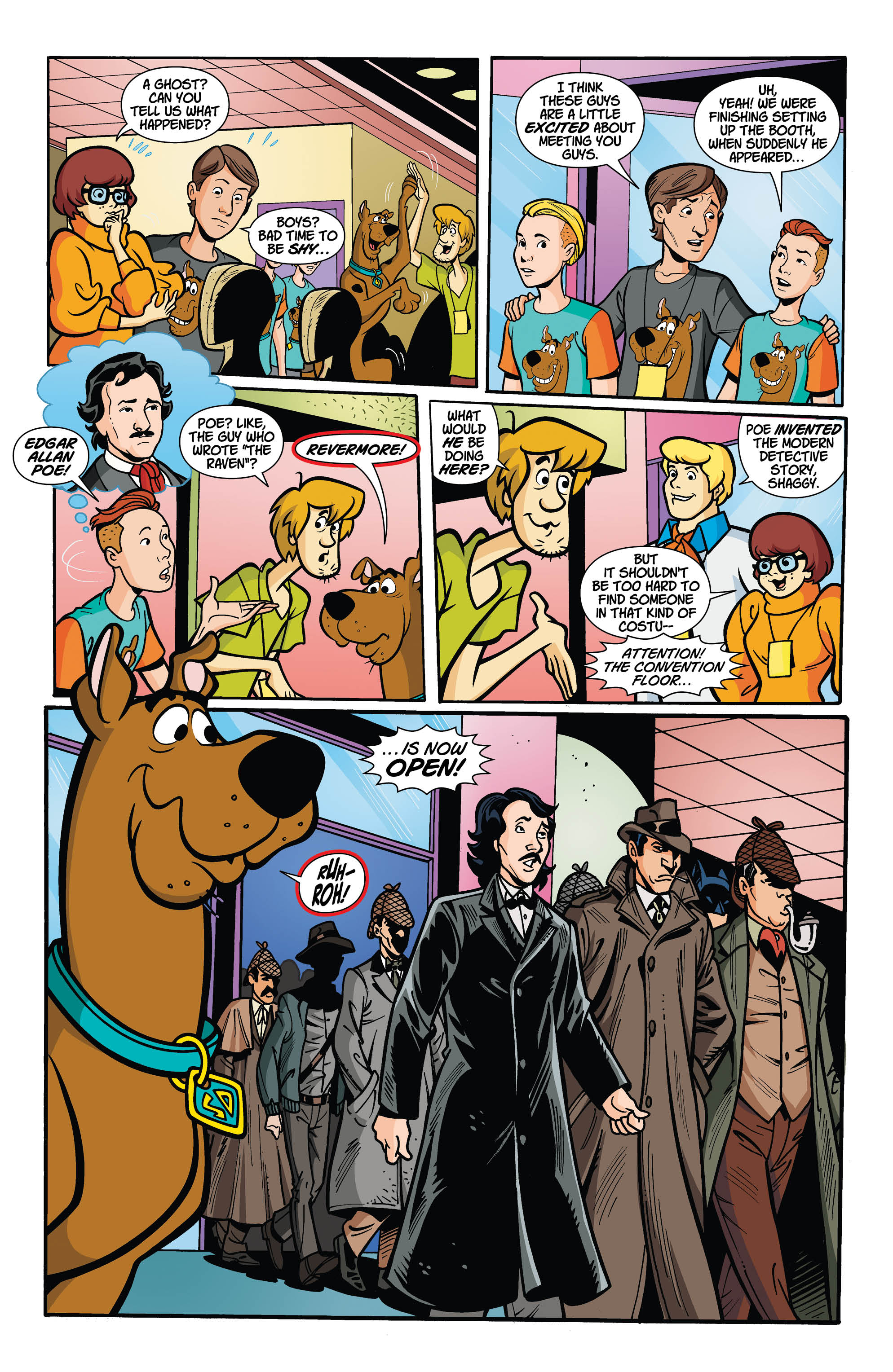 The art in this book is done by Walter Carzon, Tim Levins, and Scott Neely respectively.  All three get the Scooby Doo style we all know and love down pat, with Levins story ‘Ravenous’ being the most similar in style and atmosphere to the original cartoon series.  The colour in the book is great, and really emphasizes that Scooby Doo is a bright, fun book, both in visual atmosphere, and story.

The two ‘mystery’ arcs that the issue is bookended by are well paced mini-mysteries.  Each has a clear path to resolution, and neither waste any time on any dead space or tangential narratives.  The mysteries are both good clean fun, if not a little predictable, but then this is Scooby Doo, not Sherlock Holmes.  All three writers on this book do an excellent job of portraying the gang in this issue, with Shaggy, Scooby, and Velma all being brought to life exactly as one would expect them to be.  Fred and Daphne act as the face of the organization, but it’s the other three that seem to get things done, Scooby and Shaggy largely by accident, whereas Velma, being the brains of the group, is the one that always figuring things out.  The middle chapter of this book contains a great characterization of Shaggy and watching him interact with Poe’s Raven is a lot of fun, not to mention true to his character. 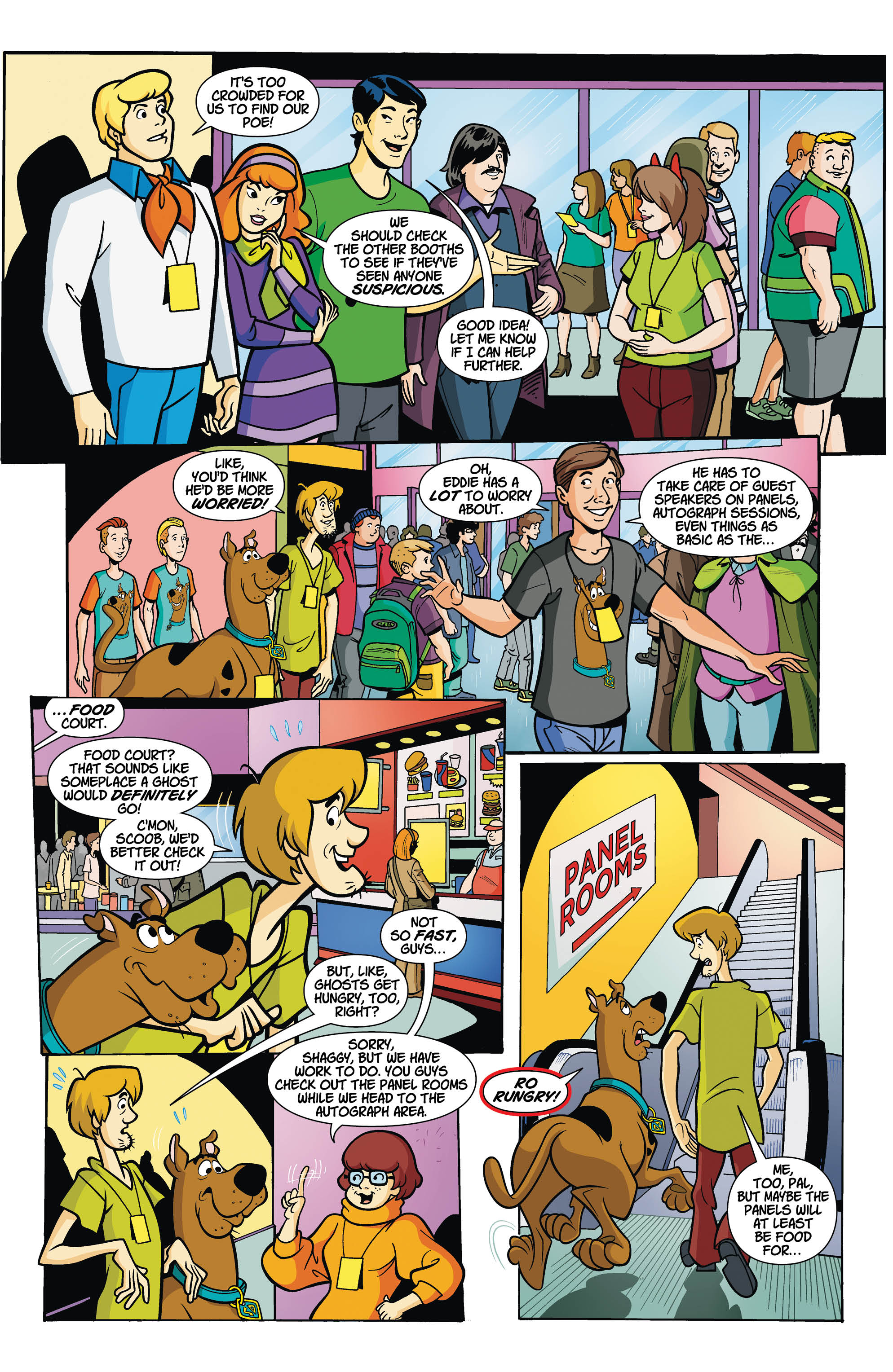 Overall, this was a fun issue of Scooby Doo.  I found the three stories to be well paced, and though each of the mysteries is predictable, the attention to the presentation of the Mystery Inc. gang as they work their way through them makes for a well paced and surprisingly fun issue.  This issue is clearly designed to keep readers engaged beginning to end, and when it ends leaves you wanting for more.

I’m giving this issue 4 out of 5 Scooby Snacks! 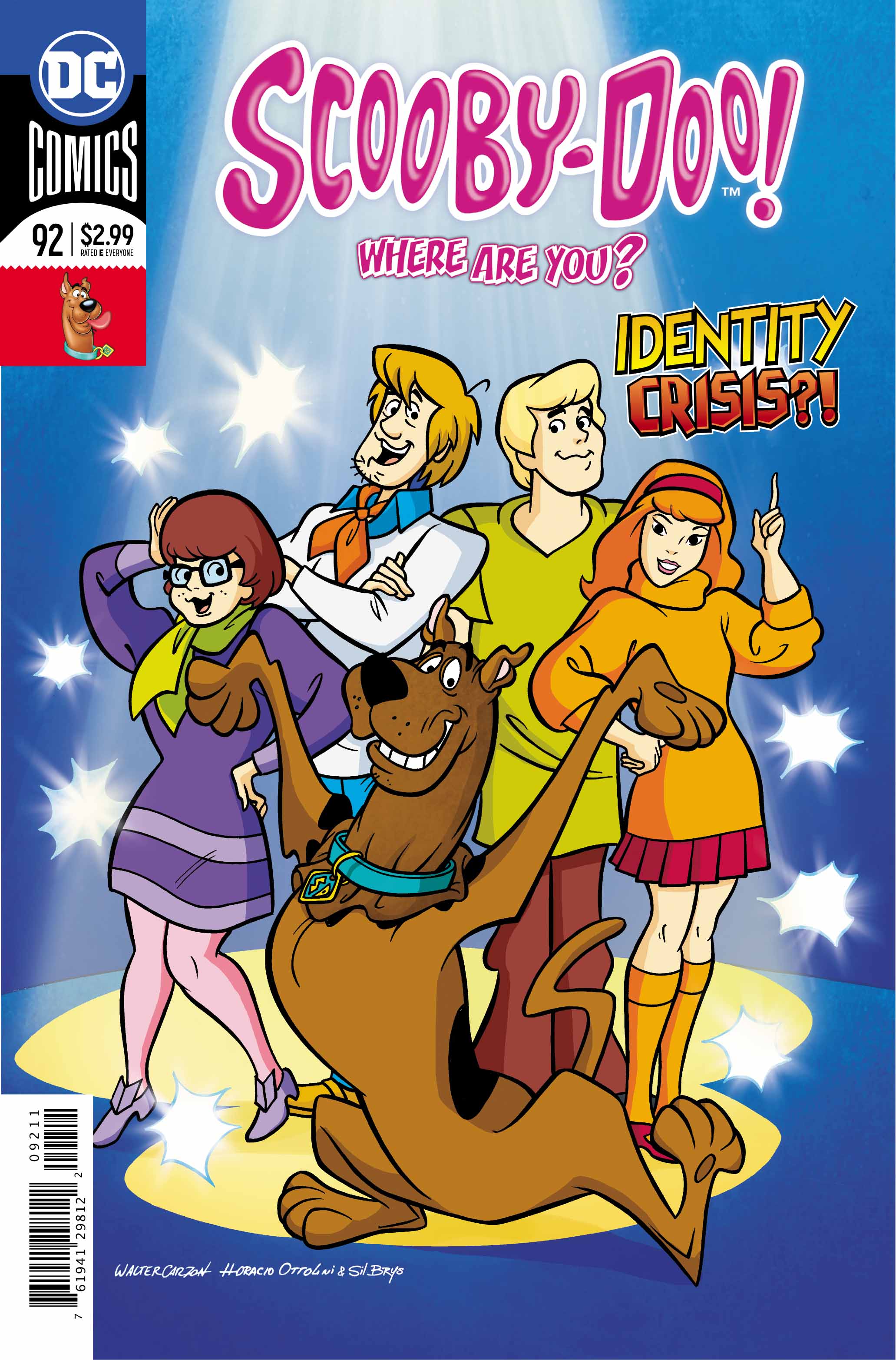