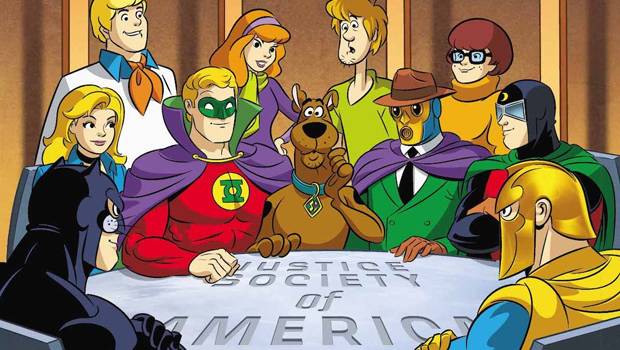 Scooby-Doo! Team-up #39 Review … the return of the Justice Society of America

Scooby-Doo! Team-up #39 Review … the return of the Justice Society of America admin
Score

Summary: Scooby-Doo! Team-up #39 Review ... the return of the Justice Society of America in the pages of Scooby Doo as this franchise goes Golden Age!

As we wait for the world’s first superhero to return (shame on you DC for making us wait so long), the creative team of Sholly Fisch (writer), Dario Brizuela (artist) and Franco Riesco (colourist) bring us the legendary JUSTICE SOCIETY OF AMERICA as they team-up with the Scooby gang! The issue starts with a police officer opening in what he believes is a time capsule at the Lincoln Memorial, however if he heeded the warning on the box, he would not have unleashed the ghosts who were trapped in this ancient relic that now want to destroy this national treasure.

However before Fred, Daphne, Velma, Shaggy and Scooby can intervene, the mystic master of the arts Roctor Rate (thanks Scooby)… err Doctor Fate arrives and summons them back 75-years in the past in order to help find a way to stop their first attack as they arrive in 1942. At the head quarters of the Justice Society, they are introduced to Doctor Mid-Nite, Black Canary, Wildcat, Johnny Thunder, Sandman, Wonder Woman, The Flash and Green Lantern! To make matters worse, the Immortal Vandal Savage arrives who is now working for the Nazis as an “advisor” as he unleashes the ghosts of Pandora’s Box on the world of 1942.

Why’d you bring these kids here Doctor Fate? Are they new members of our Junior Justice Society fan club?
– The Sandman

In classic All-Star Comics fashion, the Justice Society and the Scooby gang split into smaller groups in order to stop these nefarious spirits from reining havoc on America that will cause them to lose the war. Although they manage to defeat the spirits, these specters regroup to destroy the Washington Monument as the saboteurs of Savage plant explosives to destroy the capital building that will also take out the entire congress. So while Green Lantern, Doctor Fate, The Flash, Johnny Thunder and his magic Thunderbolt plus Wonder Woman defeat the ghosts, the other half of the team that includes Black Canary, Red Tornado, Wildcat, Sandman and the Atom fight the saboteurs in order to stop them from planting the explosves.

You want to be our secretary, Wildcat? You’re a boxer!
– The Atom

This leaves the Scooby gang to stop Vandal Savage and thanks to Velma, she uses her smarts to find a way to close the box with hope and as a result, this villains plans are halted, including the future attack on the Lincoln Memorial as they now know how to prevent Pandora’s Box from destroying America (again) in the present. Shaggy also comes up the “ingenious” idea to use superglue on the box to stop any future threats which ends the first crossover between the legendary Justice Society of America and Scooby-Doo! Another highlight of the issue is the dialogue that captures the voices of the Justice Society perfectly, including that of Fred, Daphne, Velma, Shaggy and Scooby with some amusing one-liners thrown into the mix.

And no bunch of meddling kids can stop me!
– Vandal Savage

Being a huge Justice Society fan, it was fun seeing these heroes again in their classic guises as the writer successfully pays homage to both these franchises, including channeling the original All-Star Comics vibe. All in the all, the dialogue was fun, the story over the top and who would have ever thought that we would be seeing the Justice Society of America in the pages of Scooby Doo! If you’re a fan of either franchises, go out and get this comic now which is beautifully illustrated by Dario Brizuela who brings together this almost Golden Age presence that works extremely well with Scooby and friends. 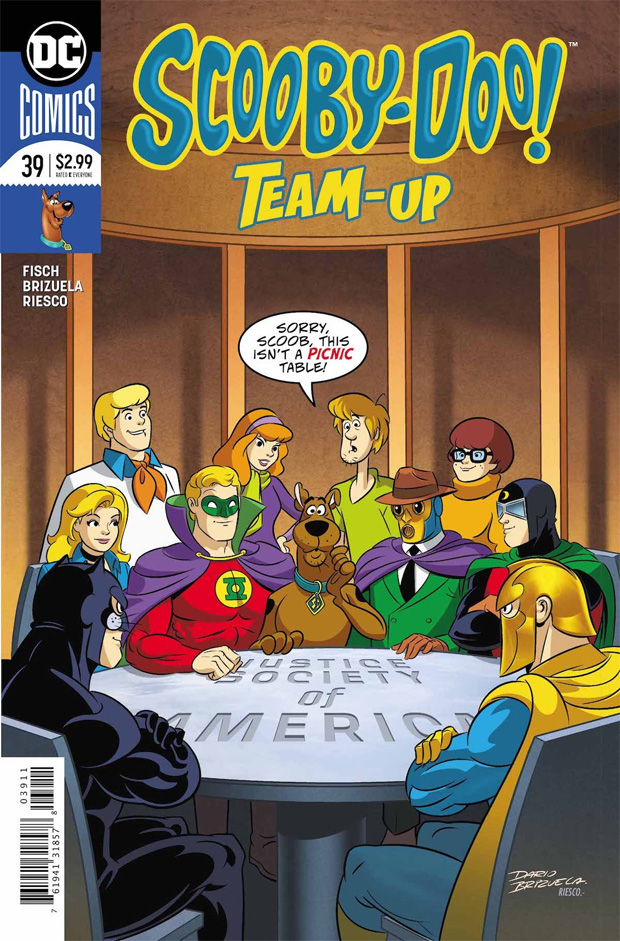 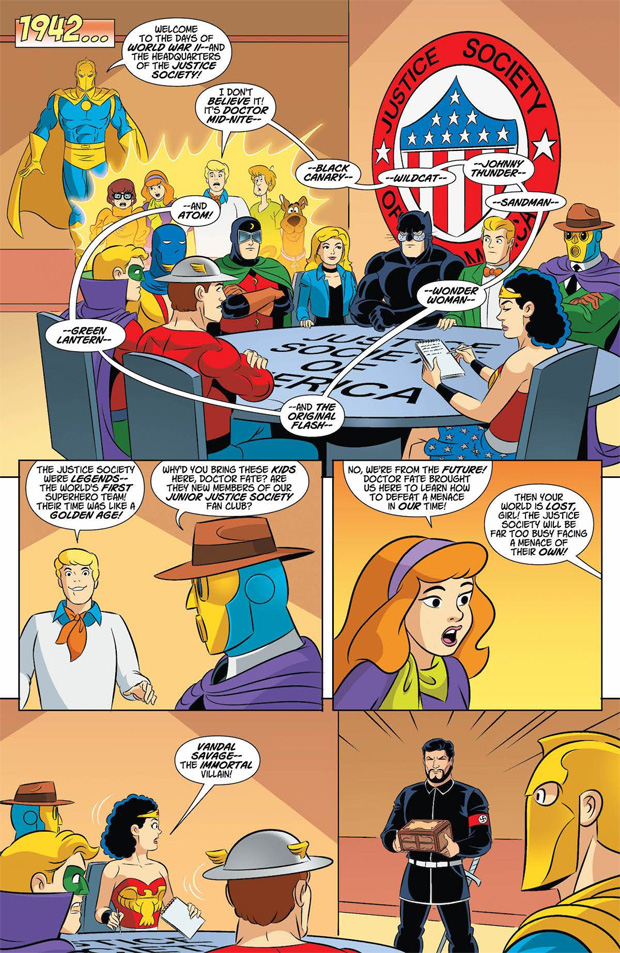