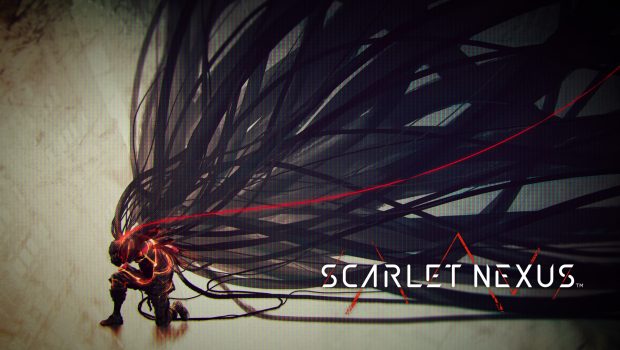 Summary: Scarlet Nexus was quite an enjoyable experience. The game’s unique visuals and art design thankfully met my expectations and the fast paced combat was both fun and satisfying.

Scarlet Nexus is a game that piqued my interest ever since it was revealed last year due to its unique visuals, intriguing premise, and innovative gameplay.

The game takes place in futuristic earth where cyber enhancements and advanced technology aid the OSF, a military group dedicated to the destruction of monsters that plague the earth called the Others. The game follows two of its new recruits Yuito Sumeragi— descendant of the founder of New Himuka, where the game takes place, and Kasane Randall— a stoic, mysterious, and brilliant recruit. Every member of the OSF has a paranormal ability such as pyrokinesis, invisibility, clairvoyance, and many more. However, both main characters share the same psychokinetic abilities. The game’s story is divided into two routes Yuito and Kasane’s, and players can choose to experience the game’s story by choosing whichever route they wish. Though to understand everything about the game playing both routes is advised. One of the first thing players will notice is the game’s aesthetically pleasing and crisp visuals especially when playing on a PS5. While the character designs still stick with the typical anime-centric 3D models, the overall aesthetics, environmental design, and most especially enemy and boss designs are where the game’s art direction really shines. The striking visuals also complement the gameplay really well as the fast paced combat can only be truly appreciated with the 4K 60fps fidelity the game comes bundled with.

And speaking of combat, in my first playthrough, I started as Yuito to get the game’s basics down. Much like other RPGs, combat starts out pretty basic with the push of the square button for light attacks and the triangle for heavy attacks, while the R2 button allows Yuito to charge up a psychokinetic attack. The combat was a bit hard to sync up in the early stages of the game as I found some of my attacks not hitting the enemy even while locked onto them.

However, as you keep progressing, it gets significantly more easy to take down enemies, and you’ll begin to take advantage of the game’s surprisingly fluid and fast-paced moves. Carrying out combos is a meticulous yet enjoyable process. You’ll find yourself mixing all manner of psychokinetic attacks, be it ramming pipes into an enemy, running it over with a train, or exploding an oil tanker on them in between heavy aerial attacks, the result of which is both gratifying and highly satisfying.

As players progress through the game, they’ll be able to use SAS (Struggle Assist System) attacks which lets you borrow the powers of your party members to perform devastating and aesthetically pleasing attacks on your enemies. Even further in and they’ll unlock the Brain Drive meter, which when filled up, allow Yuito or Kasane put up their hood and go to town on enemies by dealing significant damage in their heightened state. This state also comes with an EXP multiplier as the more damage you deal, the higher EXP you earn.  All these inclusions may seem like a lot at first, but once you manage to master them, you’ll realize that they are not only brilliantly fun and an innovative incorporation to gameplay, but that they also add to the addictive nature of Scarlet Nexus’ combat.

Outside of combat, players can explore New Himuka, accept underwhelming side quests (which usually involve fetching items aside from the unique few), roaming from one area to the next all of which look vastly different from each other, and playing special bond episodes, which, when completed, will increase your bond with party members, which in turn, unlocks more moves for SAS attacks. These sections don’t include gameplay as they mostly play out similar to a meeting a social link or confidant in the Persona series. However, after each bond episode you ‘ll learn more about the character you spent time with, and sometimes about the game’s lore.

When not spending time with friends or defeating monsters, players can also chill out in their hideout which serves as a base for Yuito and his party. Yuito’s party changes constantly throughout the game, so the ability to buy items, weapons, and especially gifts to increase the bond between the characters in the hideout is not only necessary but also extremely helpful.

Aside from that is the game’s music which is outstanding. Walking around New Himuka feels refreshing thanks to the peppy music played between missions, while the intense rock music matches well with its high octane moments. However, Scarlet Nexus’ story is the part of the game that surprised me the most. Without heading into spoiler territory, the game’s premise includes controversies, abuse, and other dark and interesting subjects, and includes a lot more surprising twists than I had anticipated. The story was genuinely an unexpected yet refreshing change of pace as opposed to the more cookie-cutter anime plots I’m used to in games like these.

All in all, Scarlet Nexus was quite an enjoyable experience. The game’s unique visuals and art design thankfully met my expectations and the fast paced combat was both fun and satisfying. While the overall gameplay is a bit too loose at times and can take some time to get used to, it’s still a game I’d easily recommend to RPG fans.