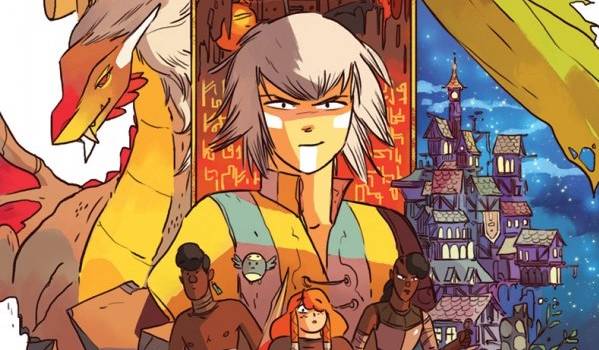 It’s hard to make an honest living in a land brimming with magic and mystery, and treasure hunter Luvander is tired of being a penniless adventurer. Ever in search of gold and glory, she sets off for a fabled dungeon, “the Dragon’s Maw,” an ancient labyrinth, at the bottom of which slumbers endless wealth…or certain doom!

But what starts out as a road to riches becomes the first step on an epic journey of a much different kind—for Luvander holds a secret in her heart that will shatter the chains of fate and bring light to a world encroached upon by an ancient darkness.

Take heart, readers: the first arc may end with a giant cliffhanger, but issue six is delivered to you posthaste to ease the sting.

SCALES & SCOUNDRELS, VOL. 1: INTO THE DRAGON’S MAW will arrive in bookstores Tuesday, February 13th. It is available for preorder via Amazon, Barnes & Noble, Indiebound, and Indigo.

“[Girner’s] sense of humor carries over to Scales & Scoundrels, reinforced by Galaad’s bright, expressive artwork and his experience in animation brings clarity to the characterizations and action on the page.” —AV Club

“Scales & Scoundrels is a fun, beautiful fantasy adventure for all ages and the kind of book we need more of! I look forward to more!” —Skottie Young (I Hate Fairyland)

“Scales & Scoundrels is a smartly-written fantasy epic for all ages, with art that levels it up from merely fun to absolutely riveting.” —Comic Book Resources

“Scales & Scoundrels is an all-ages book that’s filled with promise: the promise of an epic journey; the promise of a gripping tale waiting to unfold; the promise that it will take hold of your inner adventurer and not let go.” —Multiversity Comics

“Every panel and page of Scales & Scoundrels is jam packed with delicious detail and fun bits of world building.” —The Jersey Journal 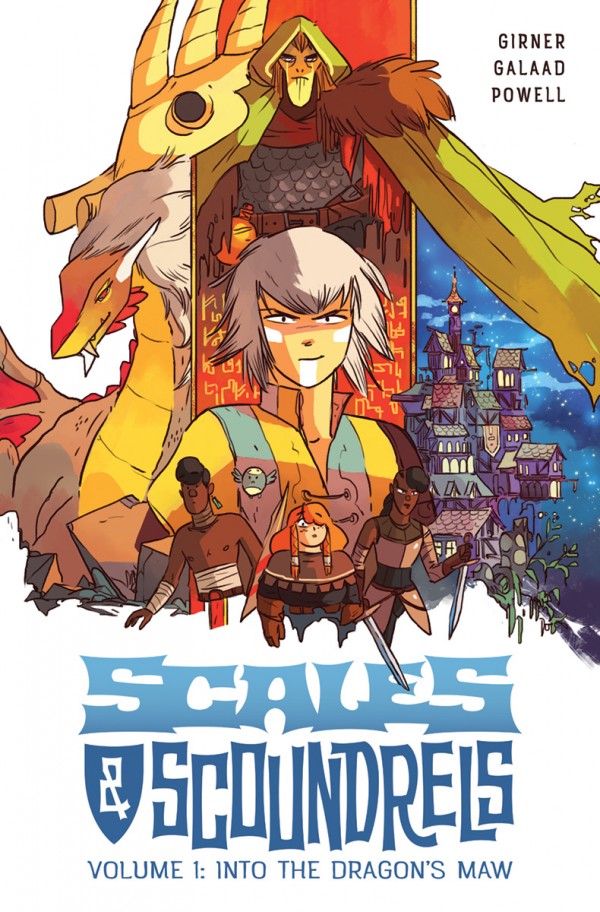 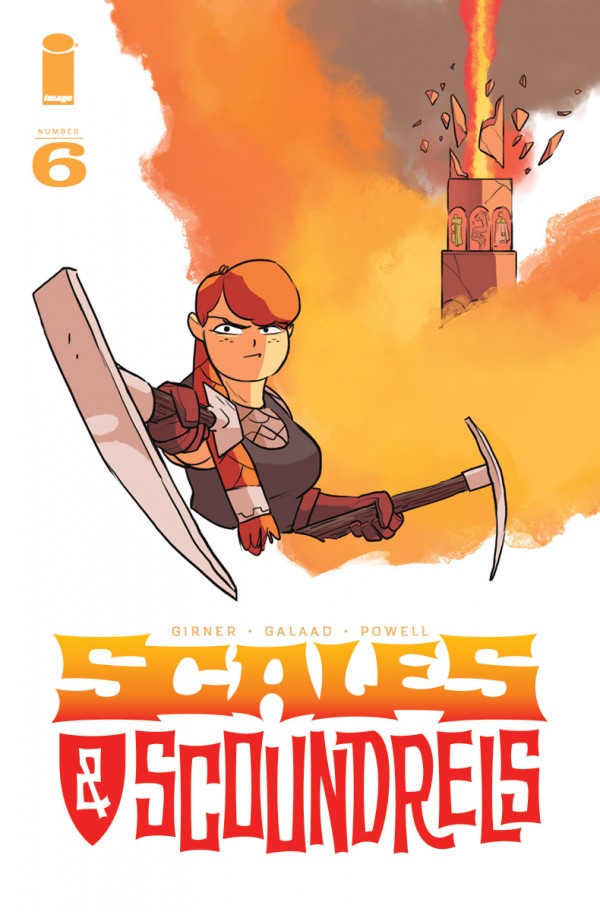