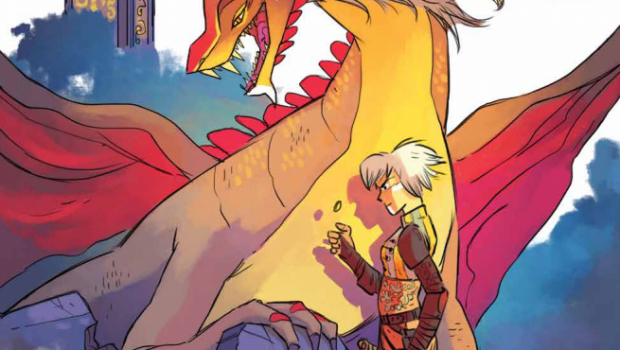 Summary: An engaging story filled with magic, swashbuckling action and lots of laughs.

This is a tale about an adventurous rouge, who has a penchant for hording gold and collecting coin in a world filled with magic, swashbuckling heroes and mysterious villains. Treasure hunter Luvander, is trying to make an “honest” living, but she holds a secret that attracts trouble wherever she goes. 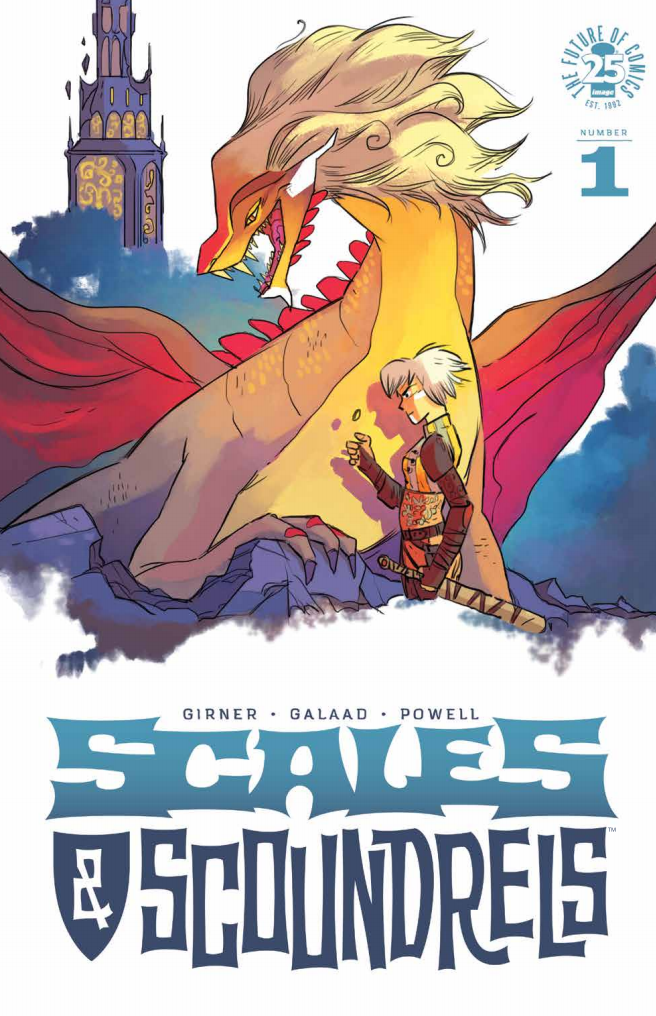 This tale begins in a tavern where an intense card game is coming to an end. A mysterious girl claims victory, and when she begins to scoop up her winnings is accused of cheating. A fight erupts and all hell breaks loose after they try and steal her gold, and the tavern is mysteriously engulfed in dragonfire, leaving the townsfolk to believe that they are dealing with an “urden”, a kind of shapeshifting dragon. Once outside the tavern, the towns guard surround her with the intention of bringing her down, but their biggest mistake is that they underestimate her. She’s fast and agile and effortlessly leaps over their heads, and safely away from danger. This urden is called Luvander, and she is only after two things in life: gold and glory! So, with a price on her head this penniless drifter hits the road, whereupon she comes across a band of travellers who are in dire straits and desperately in need of help. What she didn’t expect is that this encounter will take her down a path filled with unpredictable adventures and darkness, as a sinister figure is tracking her, as he tries to hunt her down. 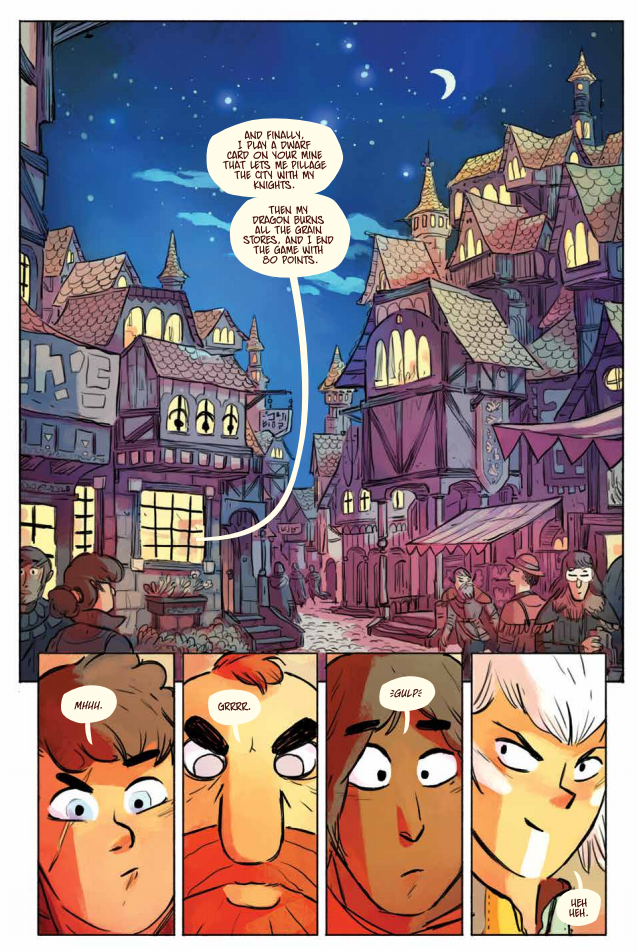 I really enjoyed this first issue of this series, and found it to be a refreshing and engaging introduction. Instantly I’ve fallen head over heels for Luvander, and her wise-cracking, swashbuckling antics…I’m a sucker for a cute rogue. Sebastian Girner has crafted what feels like a dynamic world, that is filled with a variety of interesting and likeable characters. This really does strike me as a story that will appeal to fantasy loving teens, who are in search of a fresh story with a curious twist. From the opening pages, we are thrown headfirst into a fast-paced story, filled with exciting action sequences, witty quips and bucket loads of adventure. Whilst this story is a fun and enjoyable read, there is also a dark side to this adventure, as something sinister is brewing that we have only glimpsed at in this first issue.  We are briefly introduced to a mysterious figure who is one the hunt for Luvander, so, I’m looking forward to seeing this aspect of the story unfold. We also discover that Luvander holds a secret that has something to do with her unique powers, which we get to see a small glimpse of during her cryptic dream sequence, which revealed some compelling imagery and that was dotted throughout with various clues. 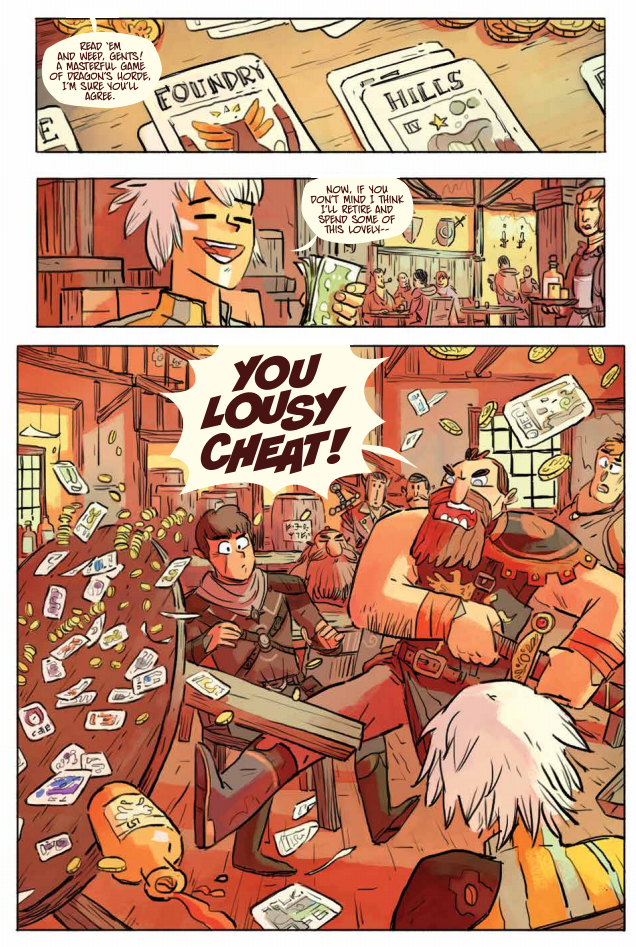 The art by Galaad is bursting with vibrant and whimsical energy. I found it easy to become swept up into Luvander’s adventures in this  fun and dynamic world that we are immersed in. I’m the first to say I’m a bit of a fantasy nerd, so I always enjoy when I get to see a fresh interpretation of high-fantasy, that offers something a little different. Firstly, I enjoy Galaad’s manga-style faces, which displays a variety of animated and lively expressions that are both light-hearted and playful. Secondly, I loved the diverse variety of people that we get to see in this world. First issue in and we’ve already encountered an eclectic array of characters, all from varied backgrounds. Finally, the small glimpse we’ve had of this world is visually epic. The city and surrounding landscape is dynamic and vibrant, and it is all brought to life with the vivid colouring that we see. The overall palette is bright and colourful, giving this world a feeling of magic and wonder. 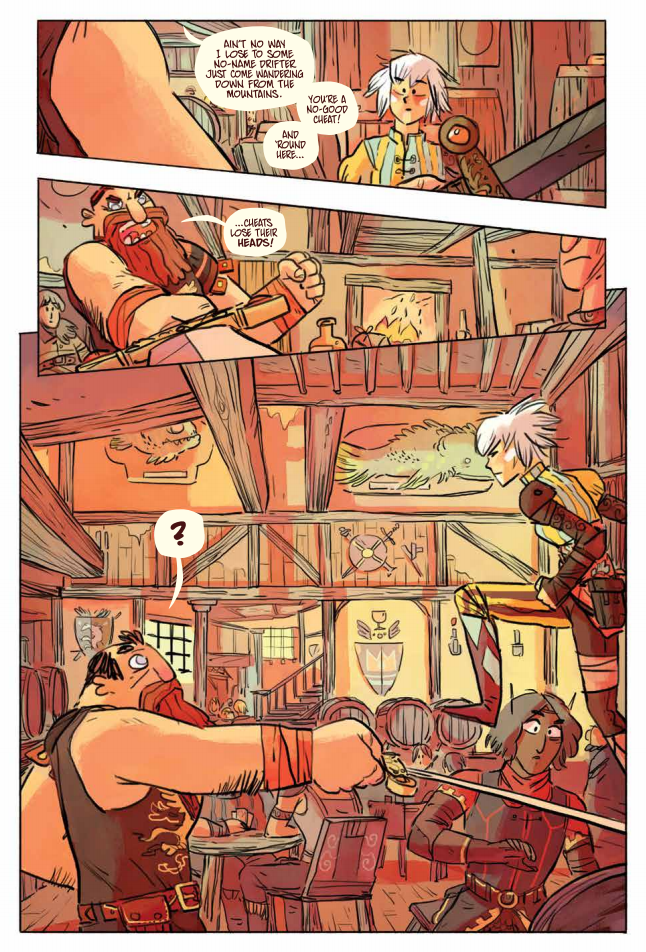 Scales and Scoundrels #1 is a fun and engaging introduction, that has me intrigued. I’m already in love with Luvander and her roguish smirk, and I’m excited to jump into this adventure with her. I’m curious to learn more about the secret surrounding her, and these interesting powers that she possesses. Every good story must have an equally good villain, so I’m looking forward to seeing more of this sinister looking figure and what it is they want with Luvander.