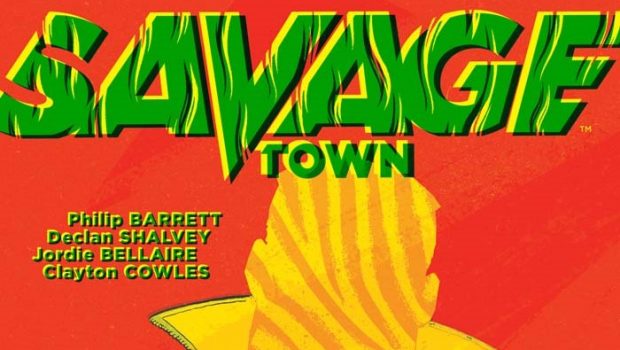 Loosely based on real events at the turn of the millennium, SAVAGE TOWN follows Jimmy “Hardy” Savage, the head of a small gang in Limerick City, Ireland. His presence has been tolerated, up until now, by the two large gangs that hold Limerick in their grasp. With these rival gangs, the local cops, his best mate, and his mammy all out to stick a knife in him, will he live long enough to get to the top? More importantly, will he pay me back for that fiver I gave him last week?

“SAVAGE TOWN is a gritty crime story with Irish charm,” said Shalvey. “Inspired by the troubled past of Limerick City, this story tells the tale of Jimmy Savage, a small-time crook who manages to fail his way up the criminal ladder. I’m excited for the world to discover Philip Barrett on this book, an artist who is without a doubt one of the best storytellers in Ireland right now. Pick SAVAGE TOWN up in September; it’s the best hangover cure Image can offer.”

“SAVAGE TOWN manages at once to be dark, funny, and an original and honest take on the mangy underbelly of shiny, happy, Celtic Tiger Ireland—and watch out, these fleas are hungry!” said Barrett. “I’m really thrilled and proud to be part of the team.”

SAVAGE TOWN is available for preorder via Amazon, Barnes & Noble, Indiebound, and Indigo.

“SAVAGE TOWN features the kind of writing and art that’ll have you devouring the whole thing at one sitting. If you like seeing comics realizing their potential, or if you just like a damn good story, this one’s so far up your street it’s parked outside your house.” —Garth Ennis (Preacher, ADVENTURES IN THE RIFLE BRIGADE)

“SAVAGE TOWN is as authentic as it is passionately constructed. Page one, panel one, you find yourself fully immersed in this very fascinating time and place. A really wonderful book.” —Rick Remender (DEADLY CLASS, SEVEN TO ETERNITY)

“One hell of a page-turner. Ireland’s answer to STRAY BULLETS, but with a voice all its own. Declan, Phillip, Jordie and Clayton are coming out of the gate with a real winner here.” —Chris Samnee (Black Widow, Daredevil)

“With SAVAGE TOWN, Shalvey and Barrett serve up a brilliant beer-soaked, working-class crime tale overflowing with quick-witted humour and an underlying desperation that will have you cheering for the shiftiest of characters.”
—Ed Brisson (Iron Fist, THE VIOLENT) 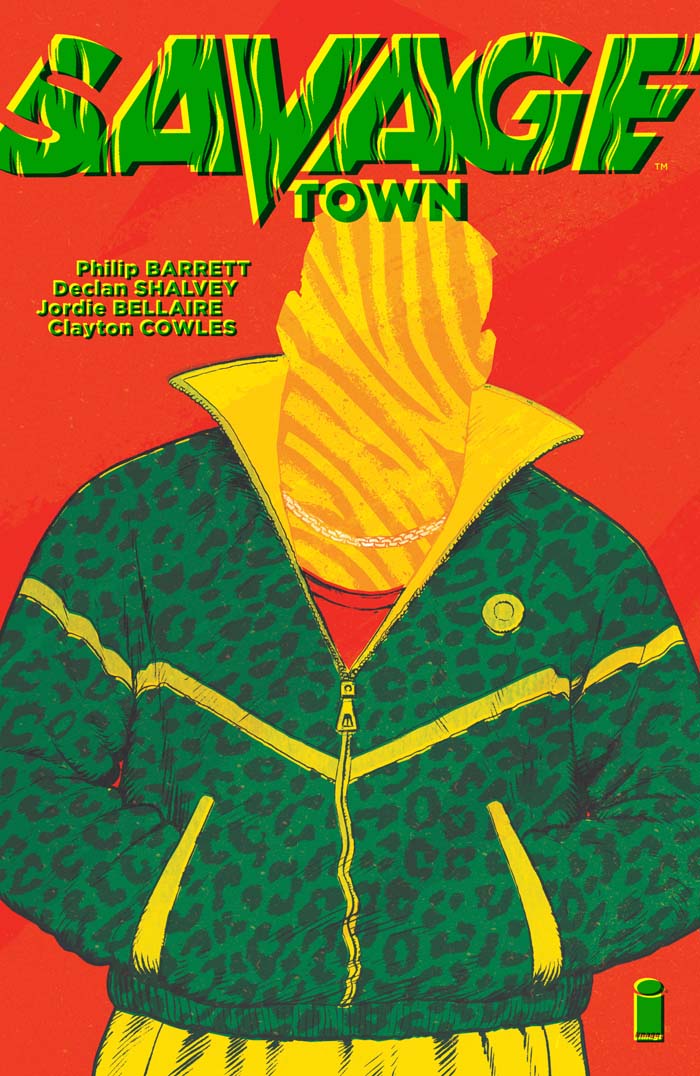 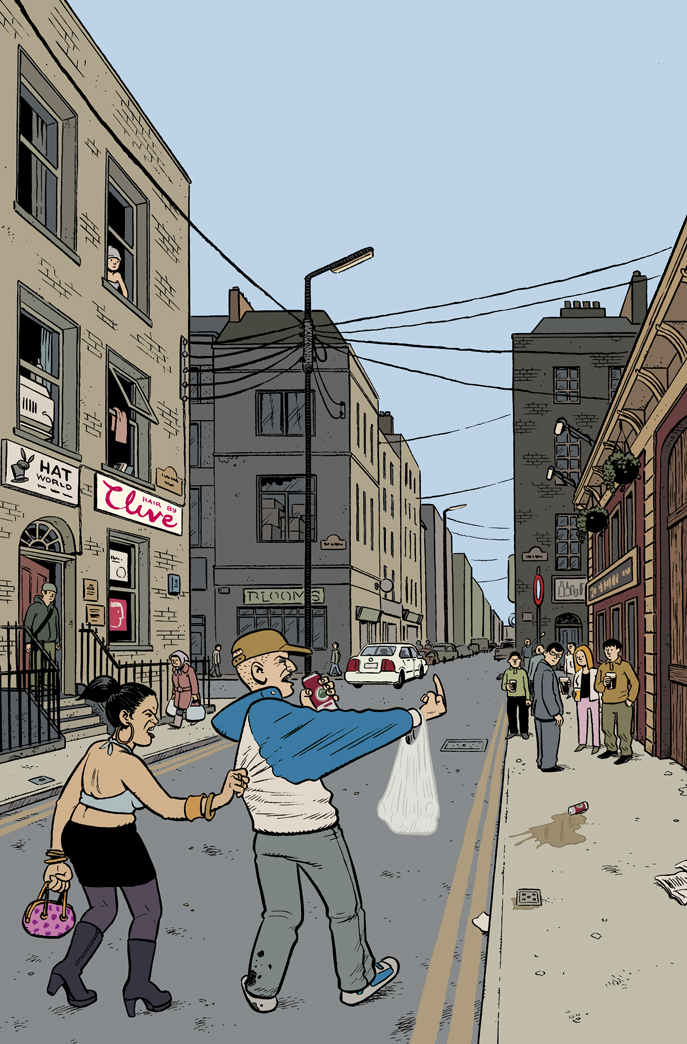 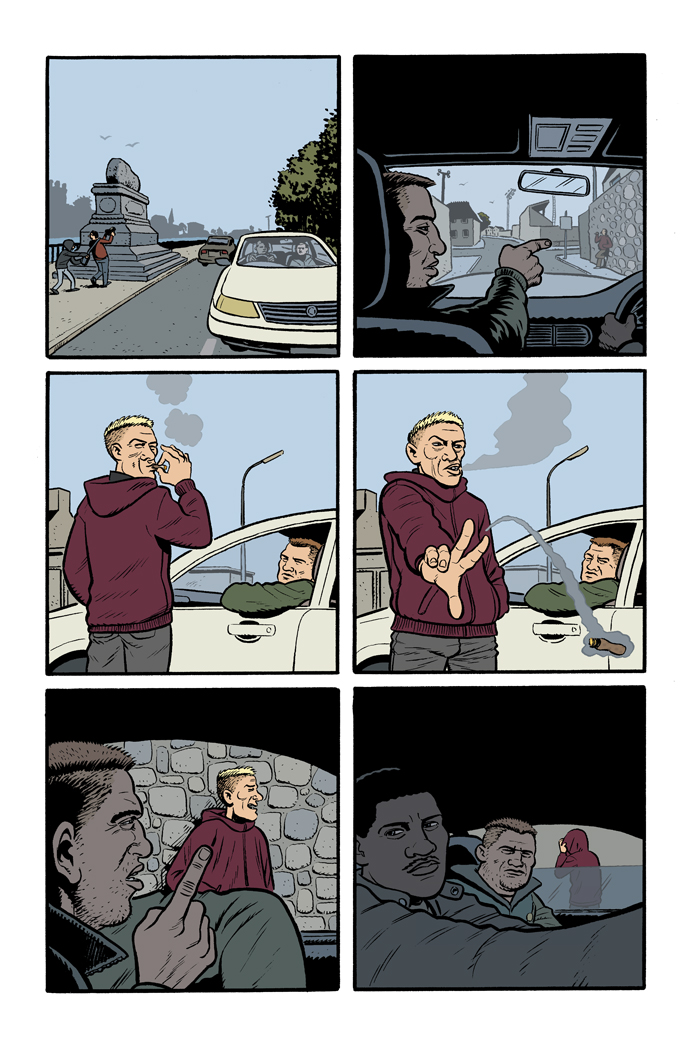 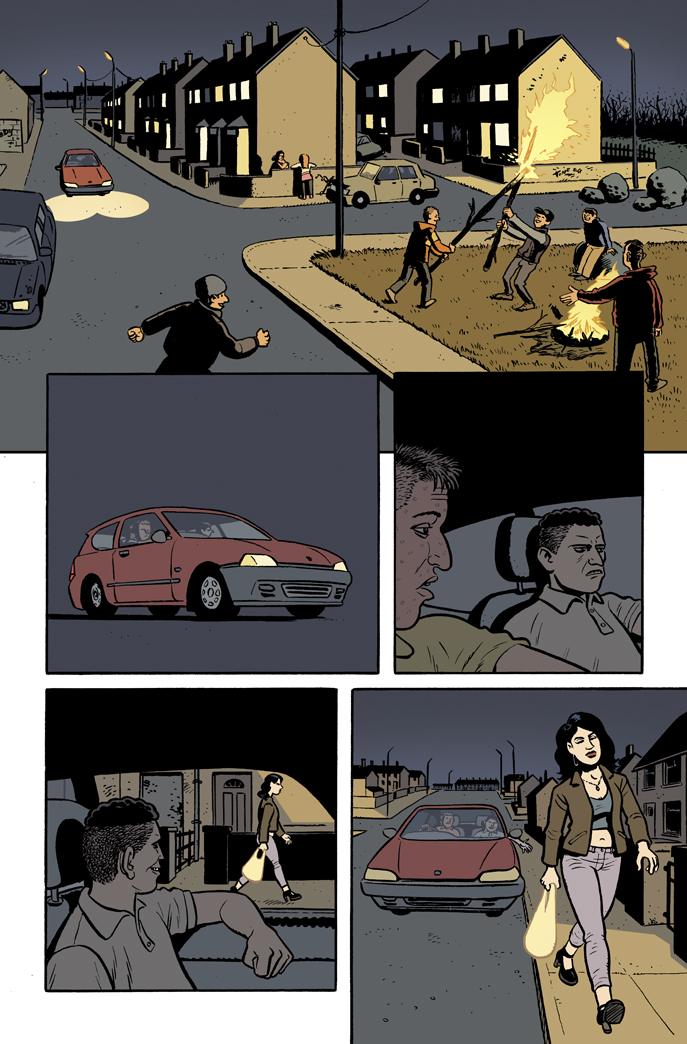 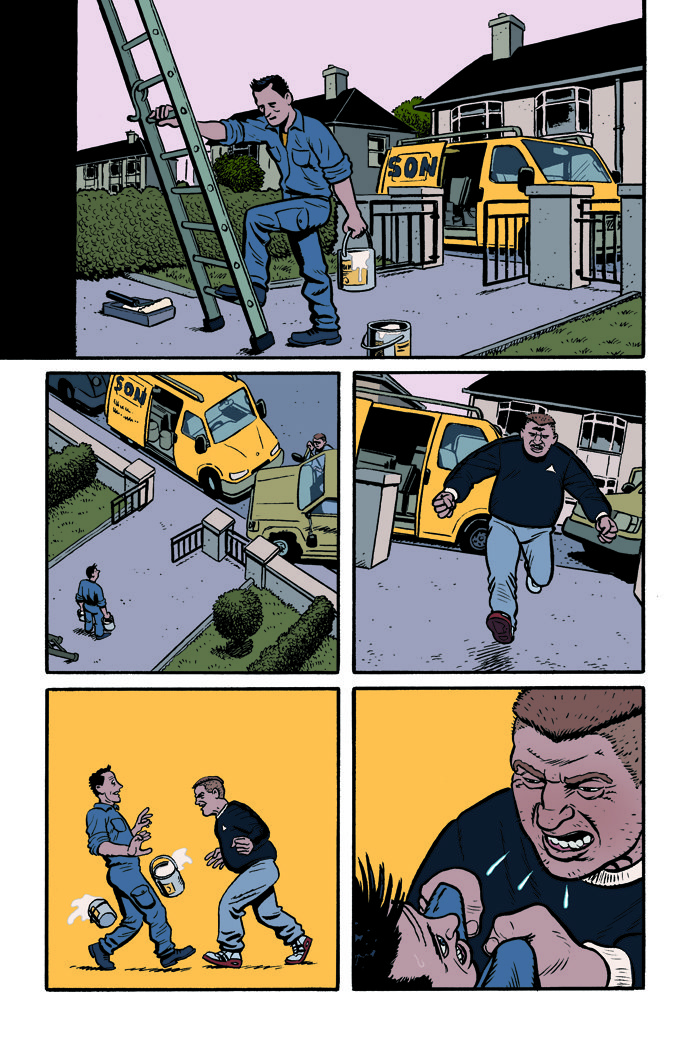 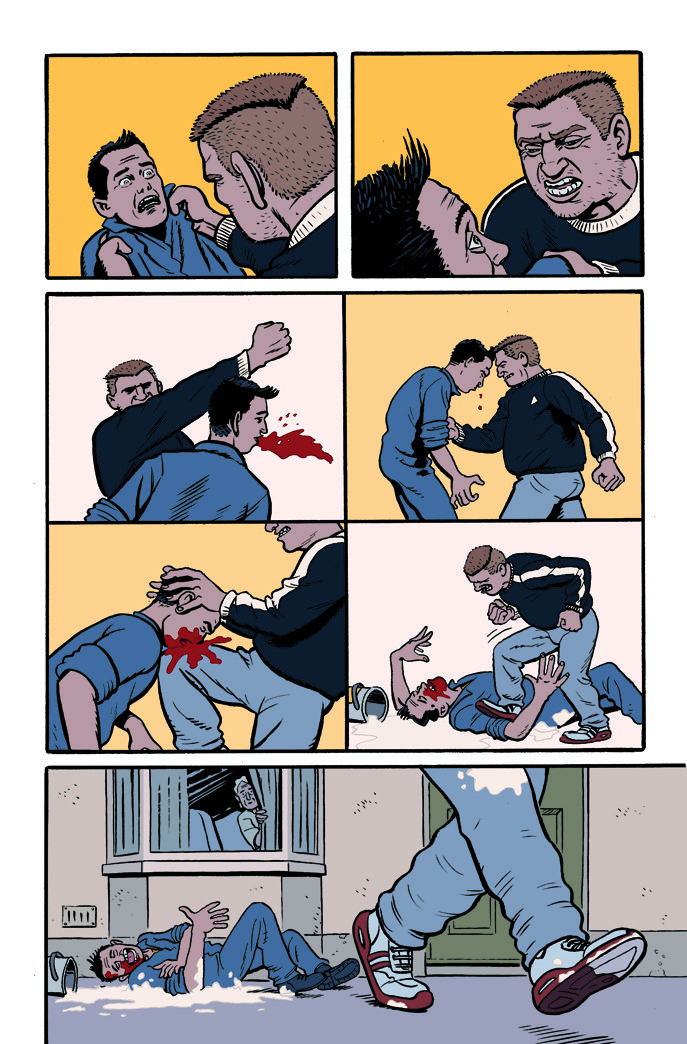