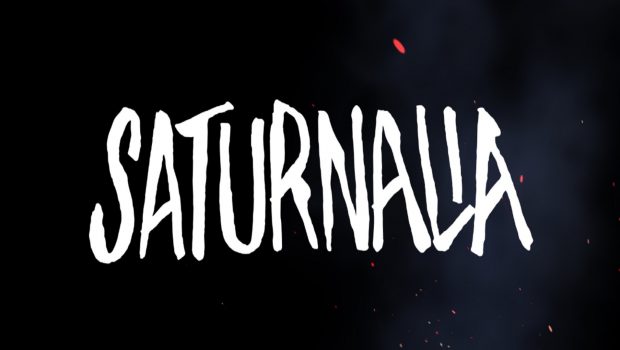 Summary: Saturnalia is one of the best and most unique horror games of 2022 that not a single horror fan should miss.

Saturnalia is the newest game developed by Santa Ragione that previously worked on Fotonica. Saturnalia is a mixture of survival horror with a detective and story-based genres based on Sardinian mythology. The game starts with Anita, a young geologist who goes back to the fictional city of Gravoi to pack her things. But she comes back on the feast of Saint Lucia where she finds the city empty and not long after encounters a horrifying figure.

From the very first moment you set foot in the universe of Saturnalia and the city of Gravoi, you know this is game is created to be unique and tell a unique story rather than introducing game-changer gameplay mechanisms. It is good that Saturnalia says what the game is truly about so players wouldn’t be deceived to believe this is a sort of game where gameplay is the main core. 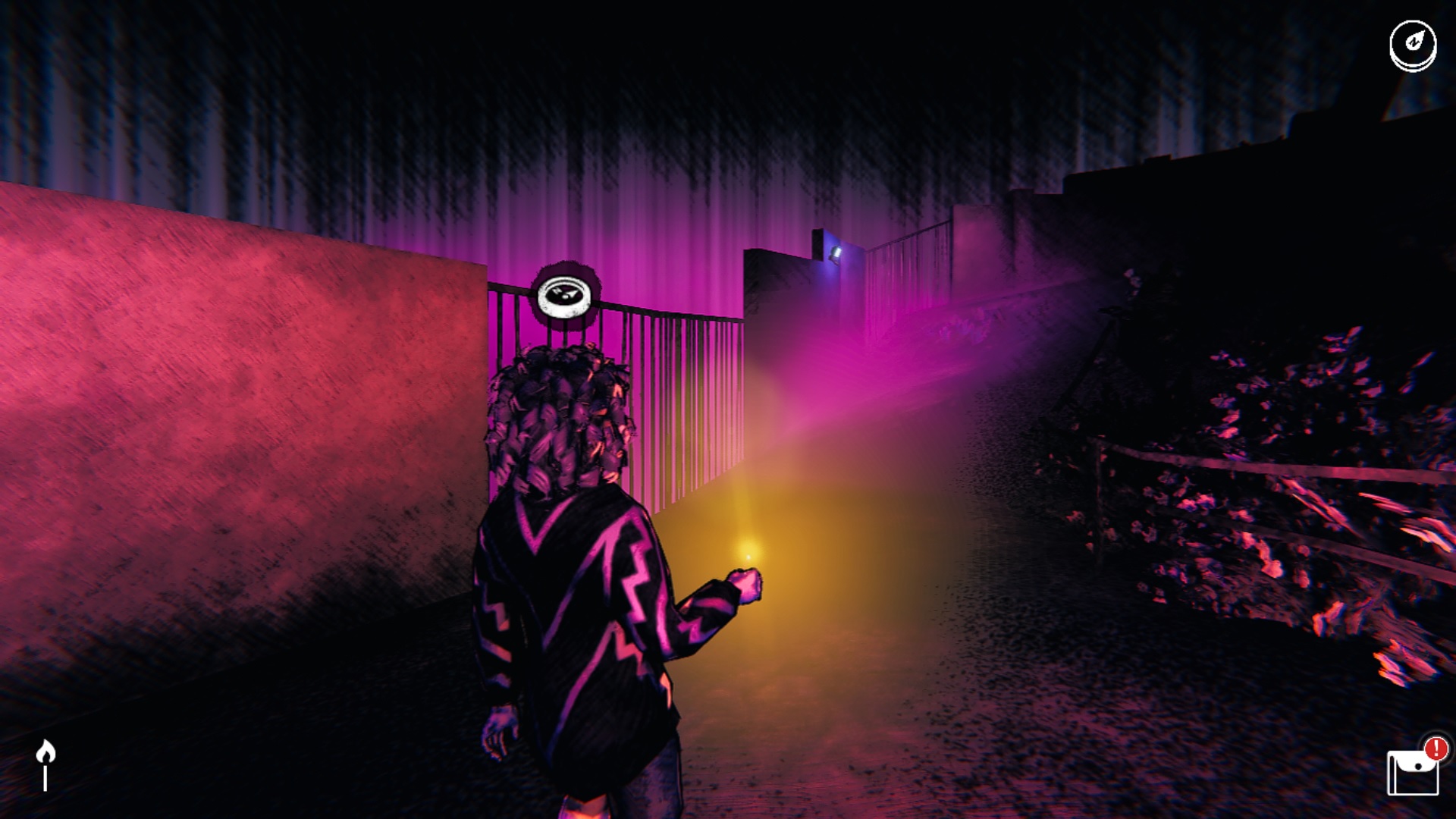 I very much liked how the game introduced gameplay mechanics and what players need to do. Once you get the hang of the game, you will bombard by many tasks and objectives. If not for the masterful introduction of the game, players would be overwhelmed in an instant and might even bail out from playing the game.

The gameplay of Saturnalia has many aspects but not all of them are well-developed. Throughout the game, you will have to solve mysteries of the city, who the mysterious figure that is hunting you and others is, and also take care of their tasks. This is the detective aspect of the gameplay which is by far the best of among other aspects.

Then comes the survival aspect of the game which is not even near the detective part of the game. The only important item you have to manage is how many matches sticks you carry and when to use sprint. The mysterious figure that haunts the city and hunts the people of it will be scary until the very end but not because of what he does, but rather how he appears. 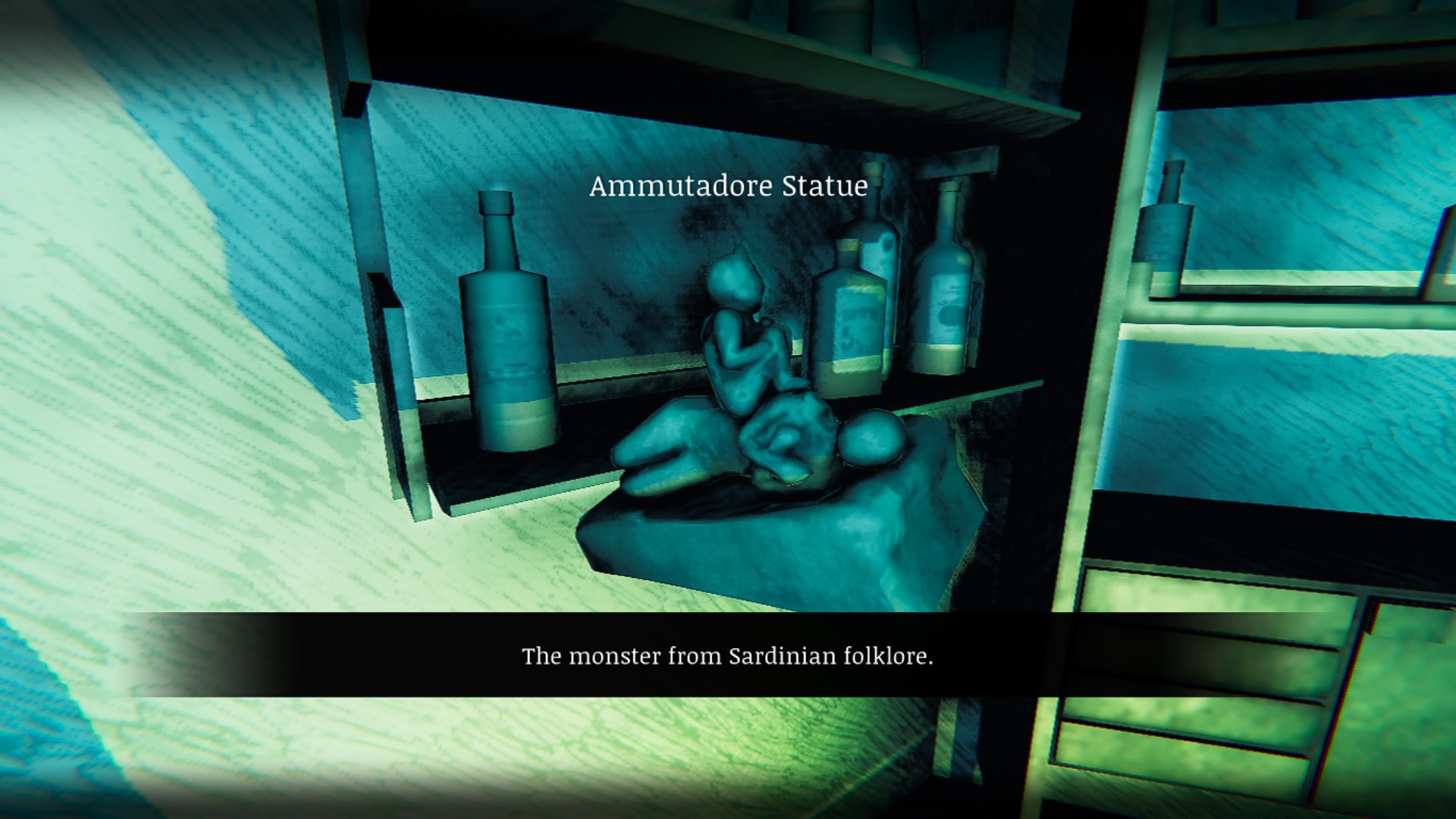 While the survival part of the game is less than mediocre in some cases, the horror aspects will haunt you until the very end. This is where I would praise the masterful work done on the sound effects and sound design of the game. Each time you hear the motif of the mysterious figure, a shiver will go down your spine, and pray that you will not get caught. 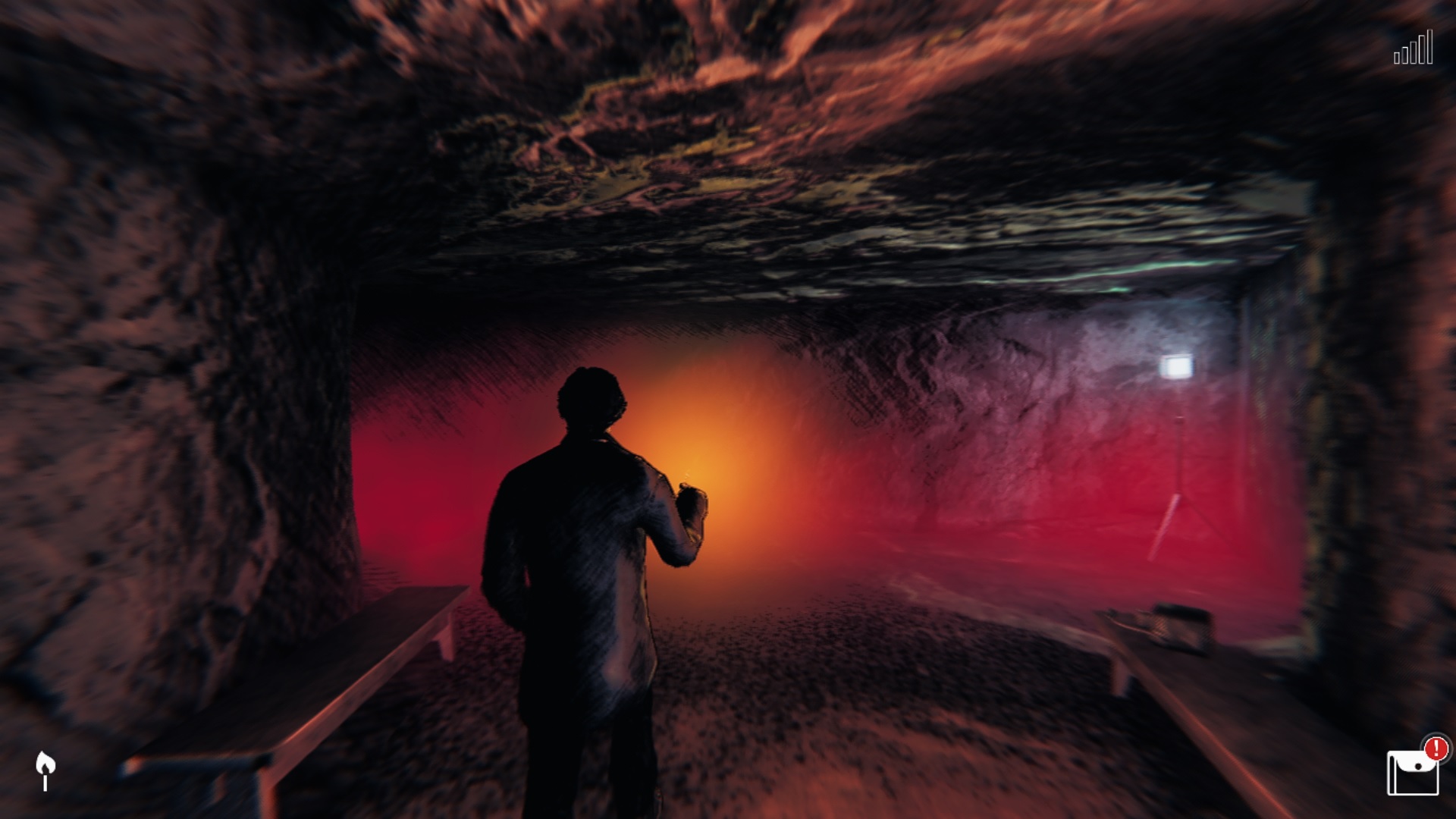 Each time all four characters get caught, the game will reset or Reshuffle itself. It means you will lose all the consumables, match sticks, and other items but story-related items will stay with you along with the tasks you’ve completed. But the neat part of this Reshuffle is that you see the map of the city has changed entirely.

A big portion of the gameplay revolves around wandering around and finding items and clues, which is the other aspect of the gameplay among many others I mentioned above. Saturnalia doesn’t have a mini-map or even a map that you could access whenever and wherever you want. If you want to know where are and where you are going, you must find the map on the boards across the city and from that, memorize the route to your destination.

After some hours of playing, your muscles and visual memory will start to make a pattern for you so you would know which way to turn and whether this is the right location. But if you lose, all those efforts will be lost and you will have to memorize a new set of the map. This sole mechanism will put pressure upon players to be much more careful.

Unfortunately, the game does suffer from some technical issues, especially in terms of the camera. The camera movement is ok in general, but it will behave strangely and unpredictably in tight spaces. This will affect your gameplay when you are running from the monster. If you turn into a closed street, there is a high chance once you turn the camera around, it will behave in such a way that you will be caught.

Among all of the aspects of gameplay I mentioned above, survival was the weakest and posed no challenge at all. There is a good chance that players with more survival experience wouldn’t even feel the game is supposed to be survival. 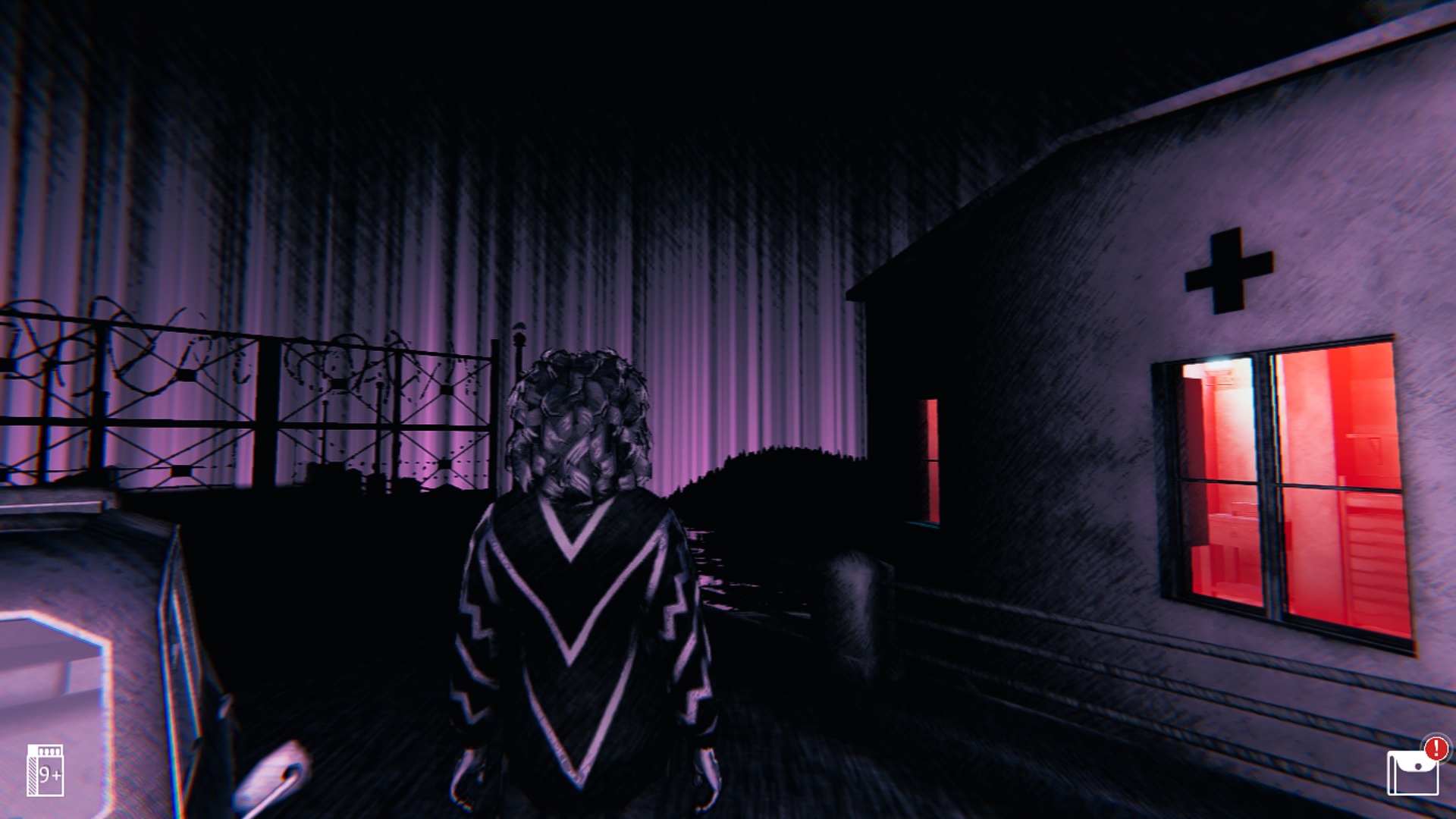 To put the gameplay in nutshell, it is engaging and fun. But the real beauty of Saturnalia is the story and its unique art style. There are four playable characters in the game, and each of them has a back story interesting more than the others.

Each character has come back to the city of Gravoi for some personal reason that players will surely resonate with one of them at least. But that’s not all. Players as they progress will not only learn more about these characters and their past but also find more clues about the city, its people, and the sad story behind the mysterious figure.

As much as the story and lore of the game are spooky, horrifying, and disgusting, you will also feel sympathy for it. The people of Gravoi are treated and created as characters, not some tools for the story to be told. Saturnalia is also one of the games that know how to separate its lore from the main story. While players are assured to know what is going on and what will be the fate of the characters, if they want to know these characters and the soul of the city, they have to look for it.

Saturnalia is one of the best and most unique horror games of 2022 that not a single horror fan should miss. The gameplay of Saturnalia is separated into many aspects like solving puzzles by gathering clues like a detective and also surviving the mysterious figure. Unfortunately, the survival part of the game is rather paralyzed and there are some glitches, especially when it comes to the movement of the camera that might even be the main cause of losing the game. But the story and unique pencil-painting style of the game’s art is the true beauty of it where players can dive deep into the rich lore and backgrounds of each character. 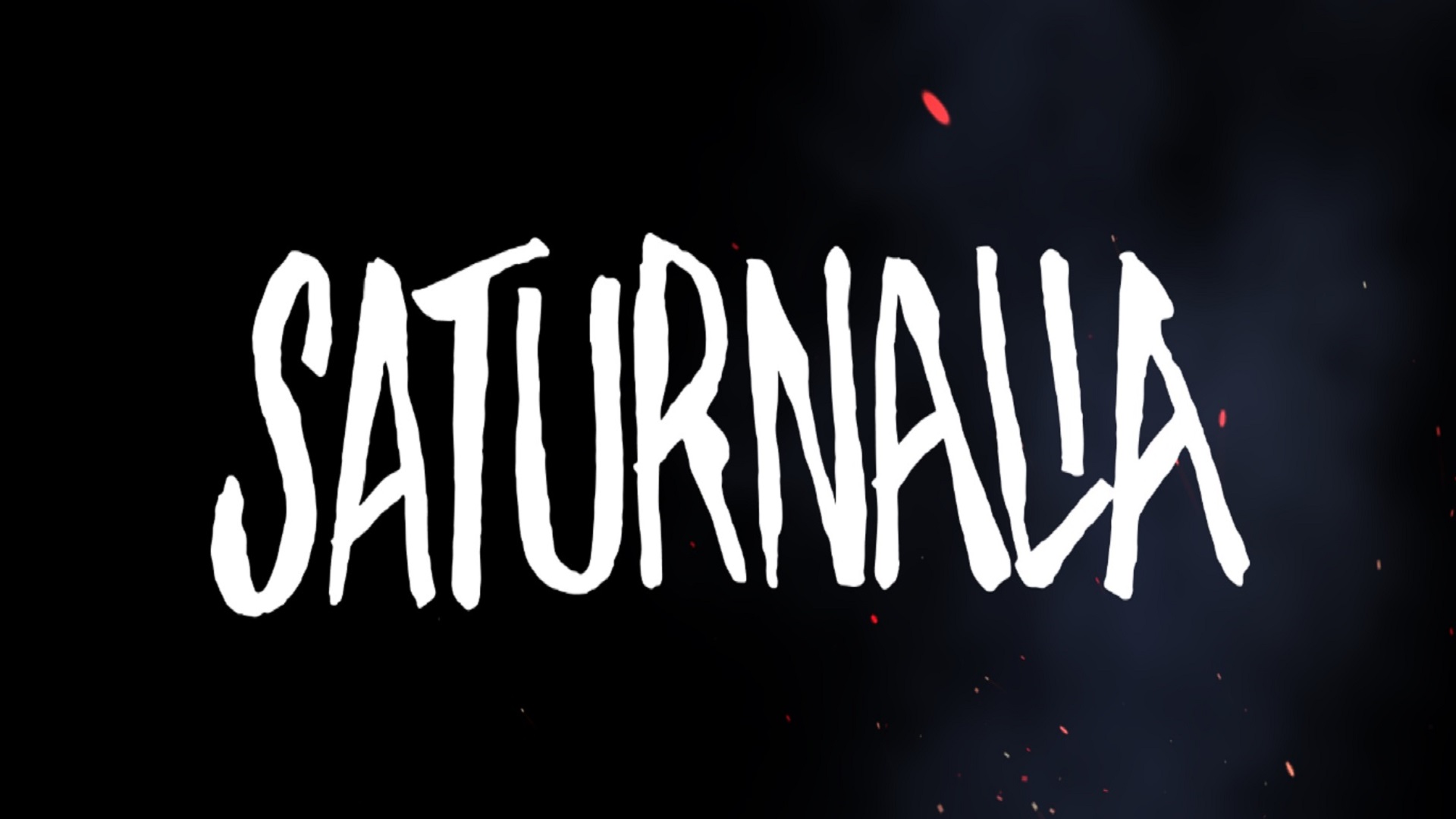