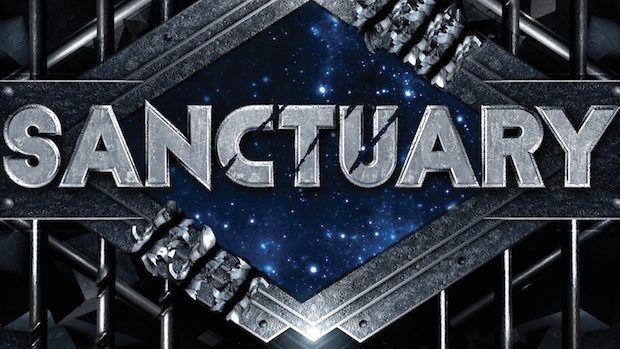 Summary: High above earth a state of the art prison holds teens with "super powers" while a skeleton crew makes sure nothing goes wrong... then it does.

The company is everything! Omnistellar Concepts is the biggest corporation in the solar system and Kenzie and her family work as guards on their floating prison called Sanctuary. What seemed like an ideal life starts to fall apart when cracks appear in her family life and when a prison drill doesn’t run as expected Kenzie soon finds herself at the mercy of the prisoners.

A quick way to describe Sanctuary is if Xavier’s school for gifted youngsters also had a juvenile detention center… in space. The prisoners on Sanctuary have unique abilities which come into play throughout the story. In addition to the “super power” element to the story, there are also splashes of family drama and a touch of romance. All of this ends up with a background of the danger of an unknown force attacking the station.

Overall I was happy with the story. The pace is pretty decent and things move along without any time for things to get dull. There’s quite a bit to get through in the 480 pages and some things may not be as fleshed out as some would like, personally I am quite happy for things to not be entirely spelled out… as long as they aren’t confusing I don’t need to know every little detail… my imagination can fill in the blanks. One thing I did find a bit odd or out of place was the romantic/hormonal comments… now I’m not saying they were wrong or lacked believability… I’ve just never been a teenage girl… so I don’t know if the quick observations about how certain people look is accurate… my guess would be it certainly can be… but it still felt a little out of place with the rest of the story telling.

The book could work quite easily as a terrestrial story with the “super powered” teen prisoners… but placing it in space does add to the dangers and opens it for the second acts shift in dynamics. It’s quite nice to have a female lead… especially one who holds her own against some pretty trying situations, she makes mistakes just like all of us… but learns from them.

It’s a decent read and if you like a bit of sci-fi with some “super powers” thrown in then this should be right up your alley.