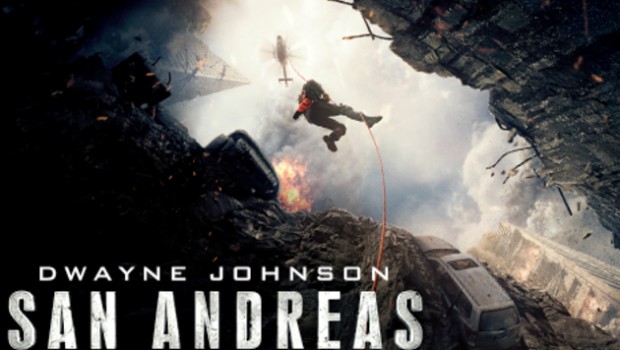 Summary: A 3D disaster movie with real "depth"... or at least a great use of the depth of 3D to draw you into the terror of being stuck in a world being torn apart.

Between The Rock and a hard place.

I have to say off the top here… 3D really does enhance certain cinematic experiences! It’s one thing to see a chasm open up in the earth, it’s another thing again to get a real sense of the depth of that chasm and just how far a character has to fall should they slip into said chasm! 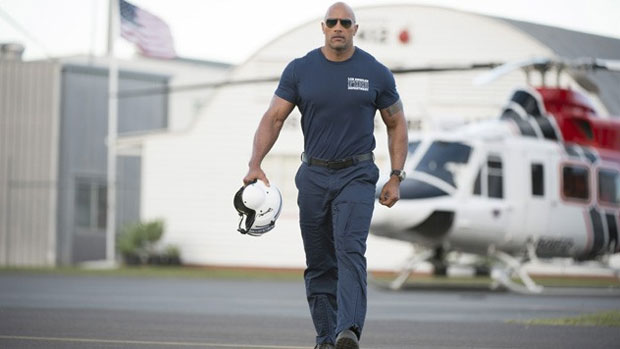 Dwayne “The Rock” Johnson plays Ray, a rescue services chopper pilot saving the world one person at a time. When a giant earthquake strikes California Ray is joined in a search for his daughter with ex-wife Emma (Carla Gugino)… and so the tension begins. The plot and how it plays out is arguably predictable, but as with most movies of this ilk, the fun isn’t so much the story itself but the way it is told and San Andreas is told with a giant dose of spectacle.

The very opening of the movie throws us into a dramatic rescue of a driver who veered off the road whilst distracted with the trappings of the modern world. This is also our first great use of 3D… to see a car dangling from a cliff has much more impact when you can get a sense of the distance from the top of the car to the ground below.

There is something else that San Andreas could well get credit for and that is for having a strong, self sufficient female character. Ray’s daughter Blake (Alexandra Daddario) has essentially been taught all the survival skills Ray knows partly in response to the loss of Ray and Emma’s other daughter and no doubt also because of his profession. The end result though is that when coupled with a male survivor and his son… the one who provides the support and advice as to how to get to safety (which in this case is essentially finding a way to contact Ray… and really if you’re in trouble and you can contact “The Rock” for support… wouldn’t you?) is Blake.

The video and audio quality of this disc is lovely, very vivid colours and clarity which really help the devastated landscape pop out (even more so thanks to the 3D obviously), the sounds of devastation draw you even further into the world and take you into the action. 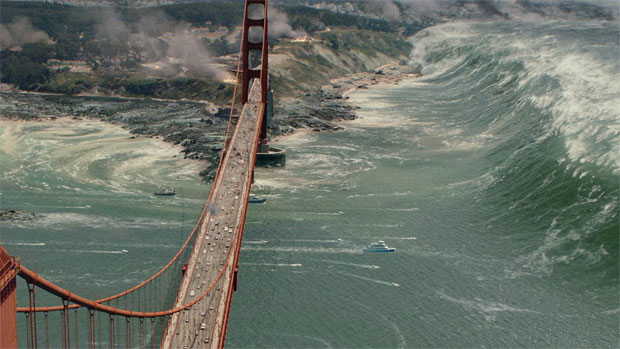 My copy unfortunately didn’t have any extra features (the down side of review discs) I suspect that if you were to get extra features they would most likely include things such as “how they turned Queensland into California”… oh yeah… Australia Represent!

I also have to say that with all the promotional material that was plastered about for San Andreas that I never noticed another fine performer in the mix… Paul Giamatti who plays Lawrence a seismologist who detects the early signs of the quake and tries to warn the public. As with movies of this type the science behind his “early warning detection ability” is suspect but without over the top exaggerated “science” some of these movies just couldn’t exist.

So I guess to draw this to a neater package… this is not a movie to watch if you are after something that would give you a real world view of what could happen if a magnitude 9 earthquake hit, but if you are after a movie that takes a potential disaster and dials it up a few notches (whilst perhaps dialing the realism down a few notches) then this is a lot of fun. It’s also another great movie to show off the 3D effect of that expensive TV or Projector you have… see how much more nervous your friend with the fear of heights gets when they watch people on the edge of a multi storey drop… not for the faint of altitudenal heart!