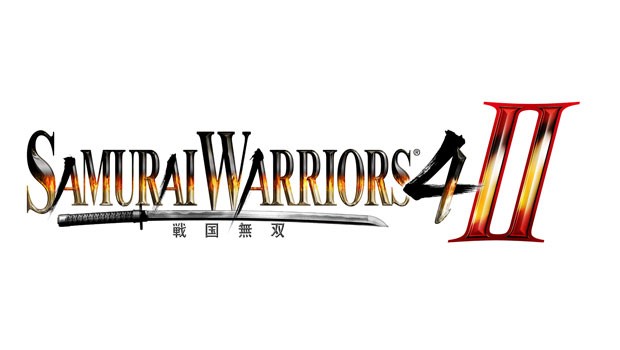 Summary: Hacking and slashing in some anime style action

For those looking for different game play, the changes between this game and past in the series are minor.  The combat will be fairly repetitive, especially early on before your characters level.  As your characters level they’ll start learning more combos that will allow different attacks, but most the time you’ll be smashing through weak enemies with your combos mostly only mattering against stronger enemies.  This style of combat is typical of the series and, depending on your preference, can be its strongest or weakest points.  Some people will enjoy being able to plow through armies and feel like a powerful warrior and others might find it dull, so it is up to personal preference. 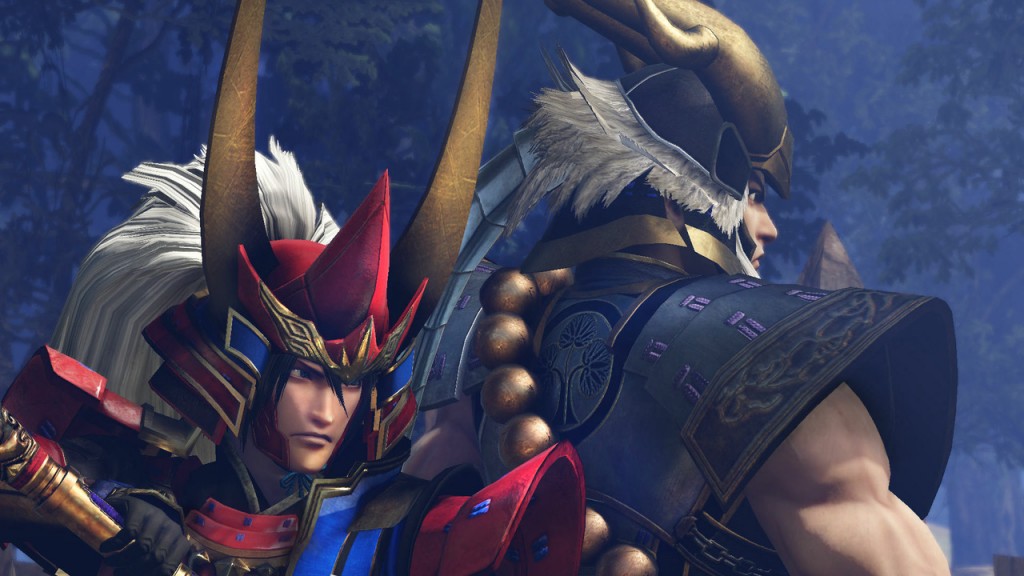 One of my favorite features in these types of games, however, is the character creation.  For 4-II, however, the character creation is mixed.  One thing I enjoyed was the many options when it came to weapon selections and appearance.  I was able to make a character I enjoyed and had a lot of fun playing them.  However, a few problems plague the character creation.  The first problem is that you can’t test weapons in any mode other than hoping into an actual mission and messing with the controls while trying to learn what you can do.  This is mostly just an inconvenience since there will be plenty of mobs to practice on, but it is a bit of a pain that just to see my animation styles I have to save the character, leave the menu, open a mission, run up to a mob, and attack them while getting a feel for the weapons.  At the same time, the weapons do feel very different, especially with their specials, so that is pretty nice.  The other big problem is the limited options for playing with your custom character.

Your custom character can only be used in the new Survival mode and Free mode (more on those later).  Samurai Warriors 4 had a Chronicle Mode which gave you a fun story for your character and it is a shame it was removed.  The final issue I had with the character creation was the DLC.  While the game does get points for giving you a lot of options in game and you don’t need the DLC to make a good character, I was shocked to see some of the prices.  Some of the different outs cost anywhere between $21.99 to $29.99 a set.  Given, each set had multiple costumes, but it was still surprising to see that only full bundles existed and they cost about 50% of what the whole game itself cost.  However, at the same time they are completely optional and just give cosmetic options, so how much that bothers you is up to each person. 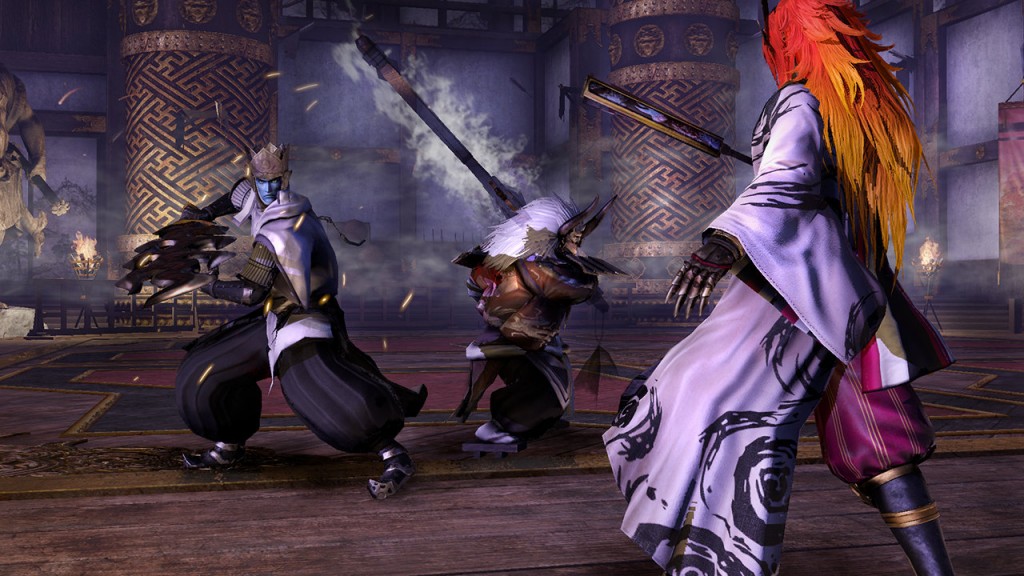 As for the modes you can use your characters in there are two.  Survival mode is a tower that you climb and face challenges that get harder and harder as you level.  The objectives on the floor are randomized and you’ll be fighting to get as high as you can, but at same time if you die you don’t get any loot you find so you want to push as high as you can without dying.  This mode was the main mode I used to play with my custom characters.   The other mode is Free Mode which lets you go back and play story missions you cleared with different characters.

Overall, despite the things I disliked, I enjoyed playing as my custom character as well as the many options available for them.

Now, one problem that occurred early on was the controls.  The game doesn’t actually tell you what button corresponds to each action and instead serves to show icons.  In other words it will tell you to hit the “jump button” or the “strong attack button.”  The game itself lacks an in-game tutorial instead having a series of tutorials you can read.  The problem is that those simply tell you to hit a button that controls a feature and not what that button is on your keyboard or controller.  Knowing that the strong attack button performed a finishing strike on a stunned enemy didn’t help until I pressed buttons to find out what the ‘strong attack’ button was.  Knowing that I needed to press the “Special Attack” button to do special attacks didn’t help until I knew what the “Special Attack” button was, etc.  Once you’ve figured out what buttons are the basic controls it isn’t a problem translating the tutorials to learn the advanced controls (for example: to “shadow dodge” you “jump” right before an attack hits).  However, it can be a pain until you figure them out.  This was a problem in Survival Mode because it took me a bit to figure out how to even exit once I made it to the portal. 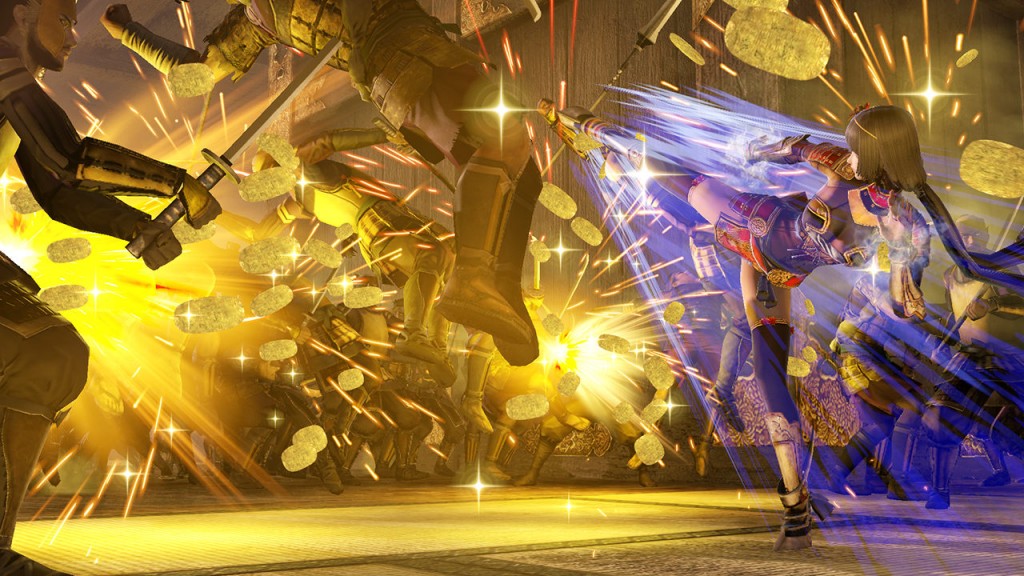 In terms of graphics, Samurai Warriors 4-II looks how you would expect a game nowadays to look.  Nothing especially sticks out as amazing, but it still looks great.  You’ll have countless enemies on your screen at once and the game runs with very little (if any) hiccups depending on your computer’s set-up.  The game is voiced though a lot of the time you might have a hard time focusing on the character’s talking while slicing through enemies and hearing the grunts of warriors or the clash of weapons.  I don’t recall hearing any music that I fell in love with, but the same had an abundance of sound providing ambiance to help you feel like you are on a battlefield. 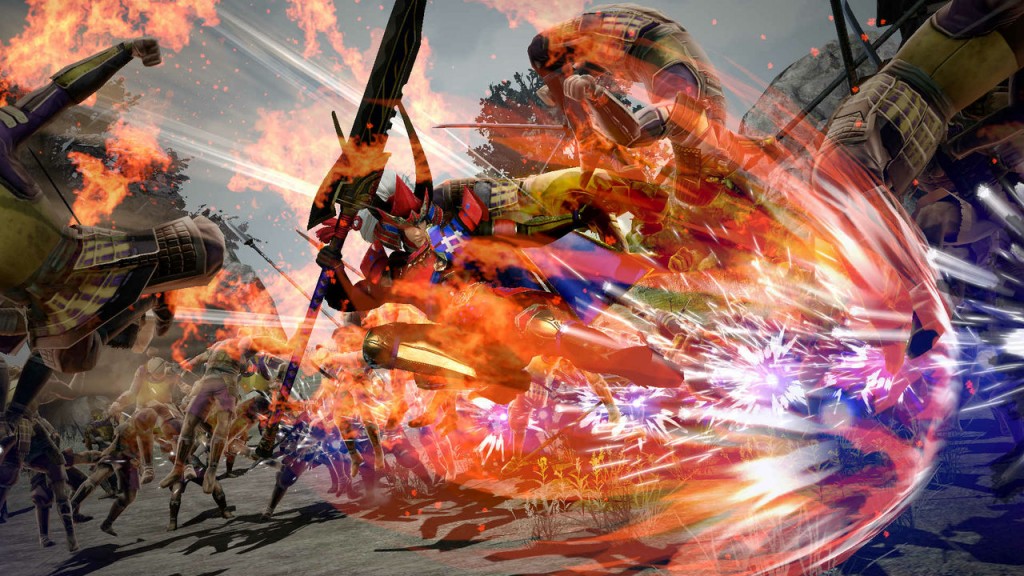 Overall the game is fun, though it plays very similar to Koei’s other series.  This isn’t necessarily a bad thing since if it changed a bunch it wouldn’t be the game fans love and enjoy.  However, if you’ve played Samurai Warriors 4 and didn’t like it, then little has changed so you won’t like Samurai Warriors 4-II.  However, if you are a fan of the series then you’ll love this one just like any other.  If you are new to the series and want to play as a Samurai slicing through armies on a big battlefield with the ability to play multiple different characters, different stories, and different weapons then you’ll enjoy Samurai Warriors 4-II.  Custom characters, lots of weapon options, lots of characters, and a randomized Survival Mode will give you plenty of replay value.  If you are looking for a challenge and complex game play as opposed to a beat-em-up style game, however, you probably won’t have fun.

In short, Samurai Warriors 4-II is another game in the series that will be lots of fun if you like fighting massive mobs with a cast of different characters including some of your own custom characters.  It can be a lot of fun slashing through armies and feeling like a powerful warrior while taking part in a historical period of Japanese history.