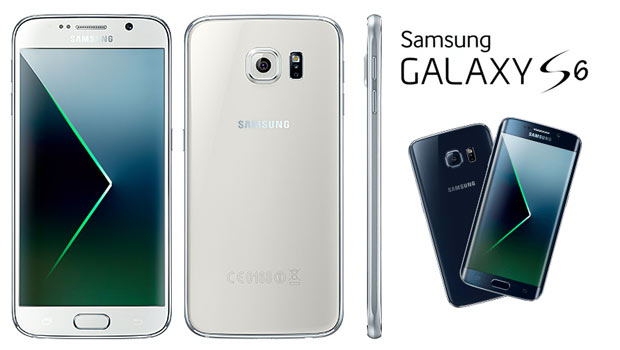 Summary: The Samsung Galaxy S6 is definitely an iPhone killer and the smartphone just got smarter!

The smartphone battle just got more interesting with Samsung releasing their latest range that include the Galaxy S6 (reviewed) and Galaxy S6 Edge. When the Galaxy S5 was released last year, there were quite a few complaints from users regarding the design, especially the plastic backing which did give the phone a slightly less aesthetic appeal, given the release of the iPhone 6 and iPhone 6 Plus.

So with that, Samsung have replaced the plastic with aluminium and glass that makes this one of the most stylish smartphones on the market. The change also makes the phone feel more sturdy and definitely more appealing to the eye given how these products have basically become a fashion statement. 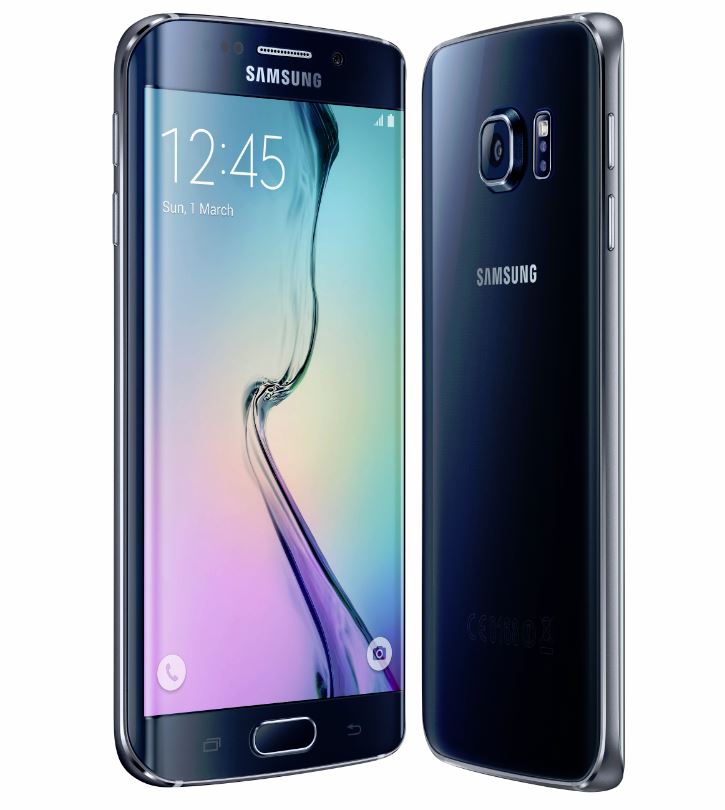 So when you open your Galaxy S6 box for the first time, you instantly notice the difference when compared to the previous generation with its glass backing and aluminium edges on the side which definitely makes this a premium product. Unlike the Galaxy S5 which did have a little leeway in terms of bending, the Galaxy S6 is a very sturdy and well-built product.

However with this design, Samsung needed to tweak what this phone is capable of and even though it is more powerful than the previous generation, the smartphone is no longer waterproof nor does it hold a microSD card slot which was definitely a great feature of the Galaxy S5.

On the bottom of the product, we find a micro-USB charging port, a headphone jack with the left side of the phone giving the user access to the volume buttons. The back of the phone still showcases the 16 megapixel camera, the flash and the heart-rate monitor which does seem to be slightly more accurate. 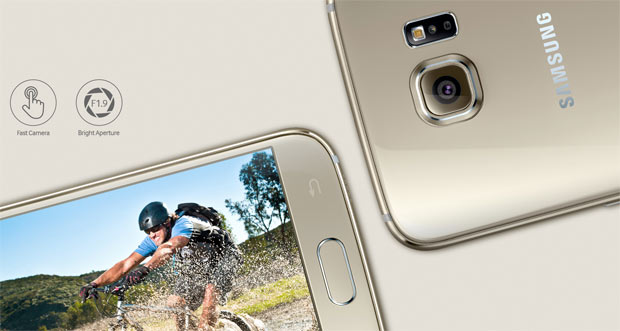 In terms of CPU, Samsung have included the new Octo Core Exynos 7420 processor which boasts two chips that include a 2.1Ghz element and a 1.5Ghz one. This CPU design is ideal to split the workload of the processor and technically increase your battery life. It should also be noted that the Galaxy S6 has a fixed battery inside the phone and with the absence of a microSD slot, it definitely helps in keeping this smartphone a very slim product at just 6.8mm thick.

Charging the phone is also quite fast and on an empty charge the Galaxy S6 charged in just over 90 minutes. If you’re in need of a quick charge, Samsung also state that with a 10 minute fast charge, it will give your phone 4 hours of talk-time or a 2 hour video. This actually works quite well!

However where Samsung have beaten their competitors is by including a wireless charging system which definitely makes keeping your phone powered a very easy chore. Samsung also state that the 2550mAh battery boasts up to 49 hours of audio playback, 13 hours of video playback, 10 hours of internet (3G) and up to 17 hours of talk time via 3G. 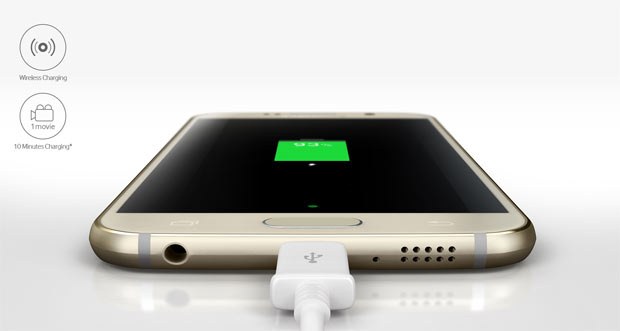 Like the previous model, there’s some excellent power-saving capabilities to help get you out of a jam if you don’t have access to a charger like disabling certain features. However the Galaxy S5 which had a larger battery is still the winner in terms of battery life, especially that the S6 is slightly smaller and has more grunt inside the phone than its older sibling.

The screen of the Galaxy S6 boasts a Super AMOLED touch screen display of a resolution of 2560 x 1440 which produces some excellent clarity from the user which can be seen in a variety of different angles and quite well outdoors, especially when the sun is shining, although you do need to turn up the screen brightness. The pixel per inch or PPI is 577 that definitely makes this one of the best screens available in this very competitive market. 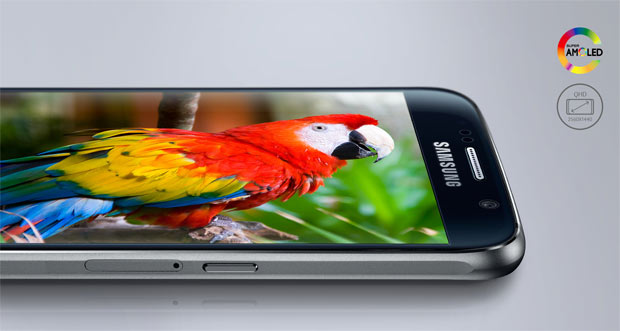 Another highlight of the Galaxy S6 is that Samsung have removed what many dubbed as “bloat-ware” that was linked to the Android operating system. Although it still runs the Android 5.0.2 Lollipop operating system, Samsung have removed many of their apps and the TouchWiz interface is definitely far superior than the previous incarnation, even though I do prefer some of the other launchers. There is also two versions of the Samsung interface for this phone that includes the standard (full version) or the minimised version known as the “Easy Mode”.

It also comes with PayPal, Facebook, Chrome, Google Maps plus some Microsoft apps that include OneDrive, OneNote and Skype. Samsung also include some essential apps and gift apps that include a Video Editor, an Optical Reader, Evernote and even a gold loaded version of Dragons of Atlantis. It even comes with a new keyboard called Fleksy that allows users to enter text considerably faster. For fitness buffs, the S Health apps are still included which measures your heart rate and steps which are ideal for sportspeople.

Although the Galaxy S5 was a brilliant smartphone, the most annoying aspect of this device was the placement of speaker which was on the back of the device itself. Thankfully Samsung have listened and the speaker is now on the bottom of the S6 which definitely produces much clearer sound as I tested this product with a variety of MP3 music files, movies and games.

Given that, the speaker system is excellent which produced exceptionally clear audio and whether I was listening to music, watching YouTube or playing games, the quality without the headphones is unparalleled. The headphones are also similar to last year’s model which work well. All in all, the sound is far superior than last year’s Galaxy S5. 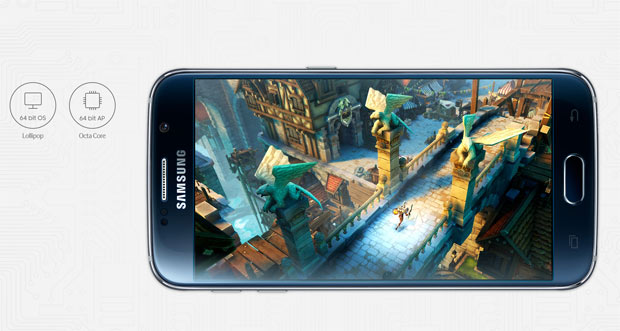 The Galaxy S6 also boasts a wickedly impressive camera with a CMOS of 16.0MP (Megapixels) and a front camera of 5.0MP. Although the camera can take a variety of very impressive photos and I do mean impressive, it even supports UHD 4K at 30 frames per second with an outstanding resolution of 3840×2160. The new camera on the S6 even takes better lowlight photos which was a slight drawback of the previous model and colours are quite vibrant without too much saturation.

Another cool aspect about the camera is by double tapping the home button (even when locked), it brings up the camera app which makes getting your camera ready quite easy. Then you have the new optical image stabilization option to reduce those shaky shots and the auto-HDR feature to give your photos a more professional look. Thankfully the camera app has all those great preloaded options to help get the best out of your photos. Here’s some examples of the photos taken by the Galaxy S6. 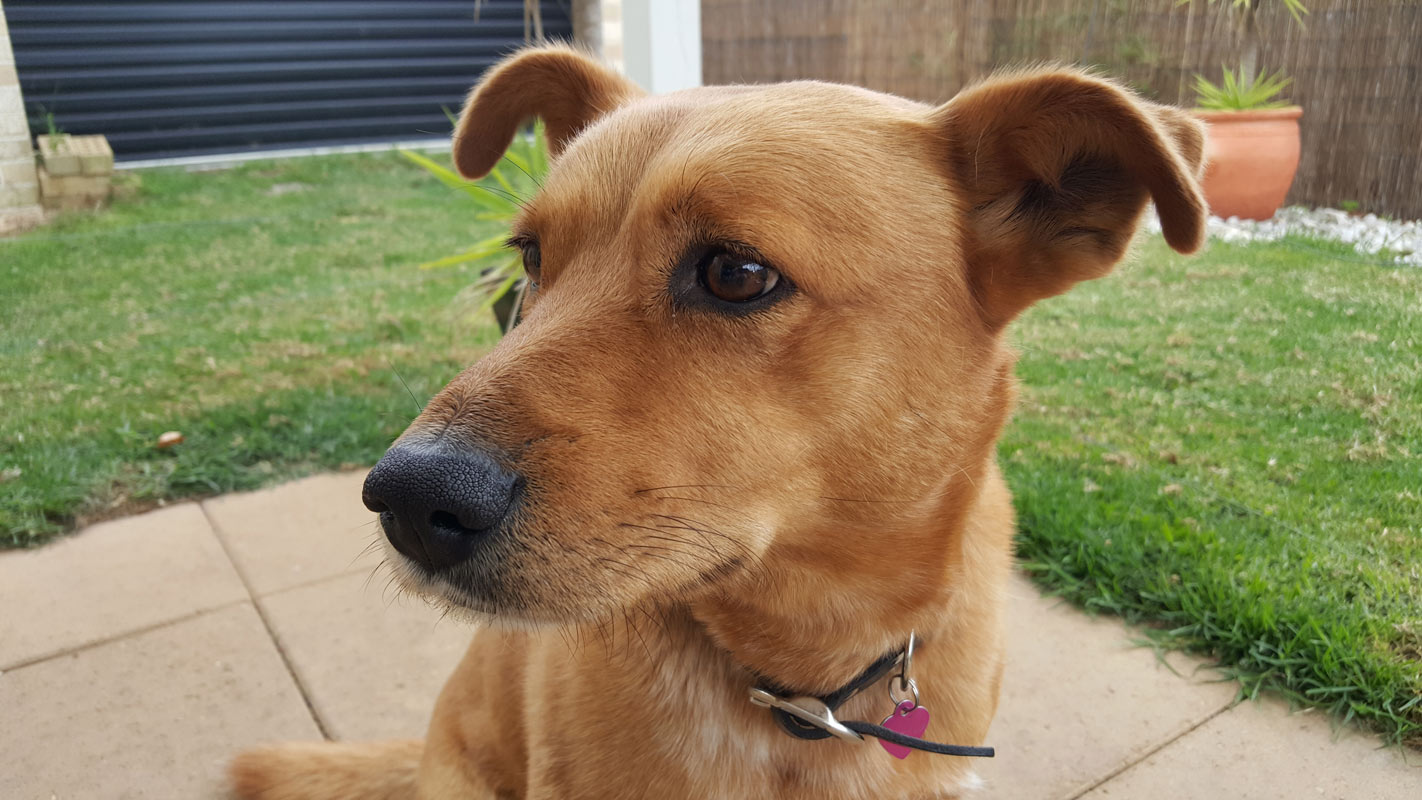 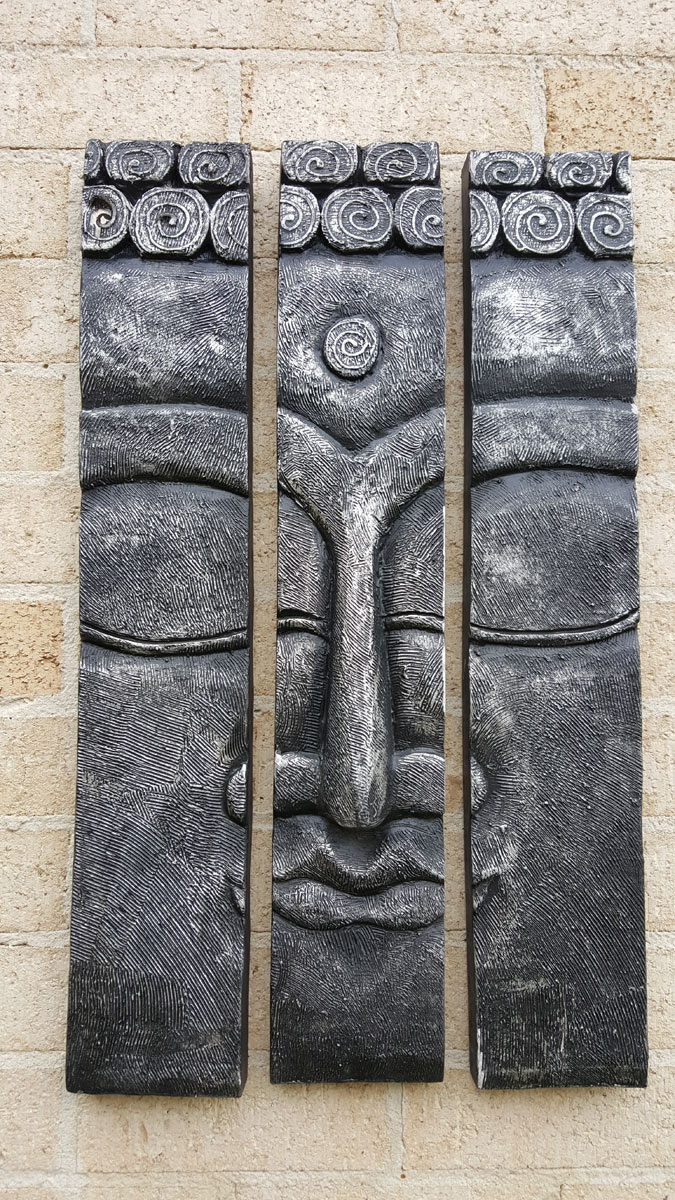 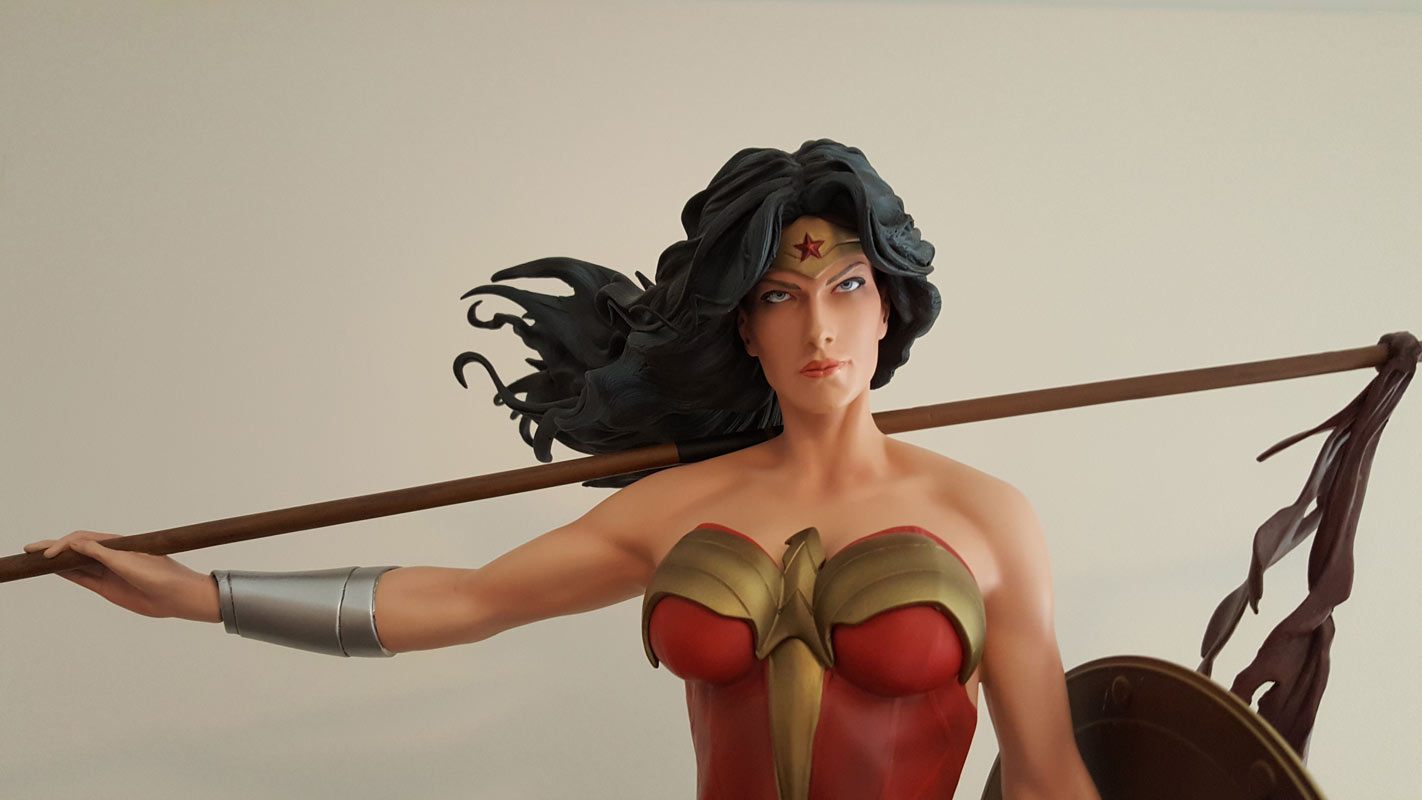 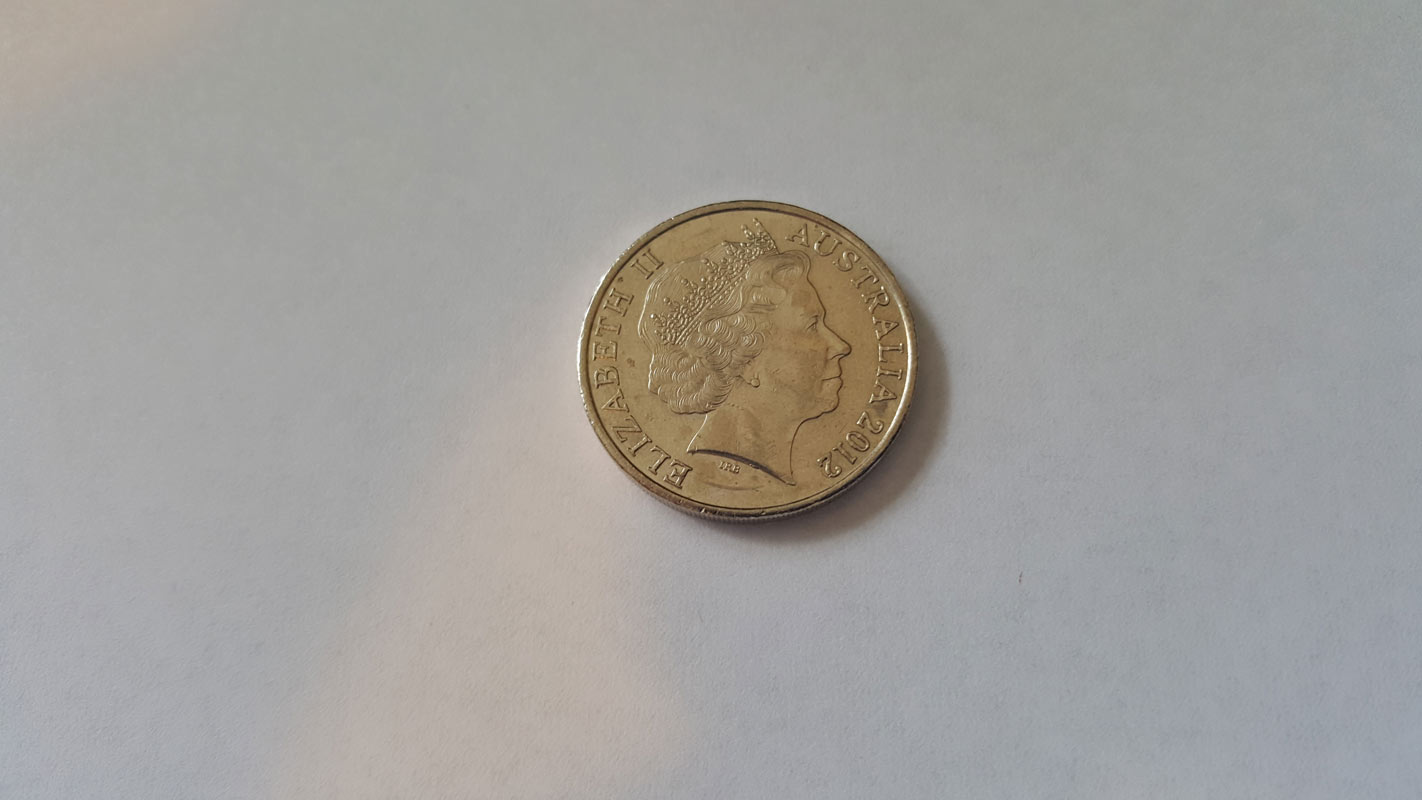 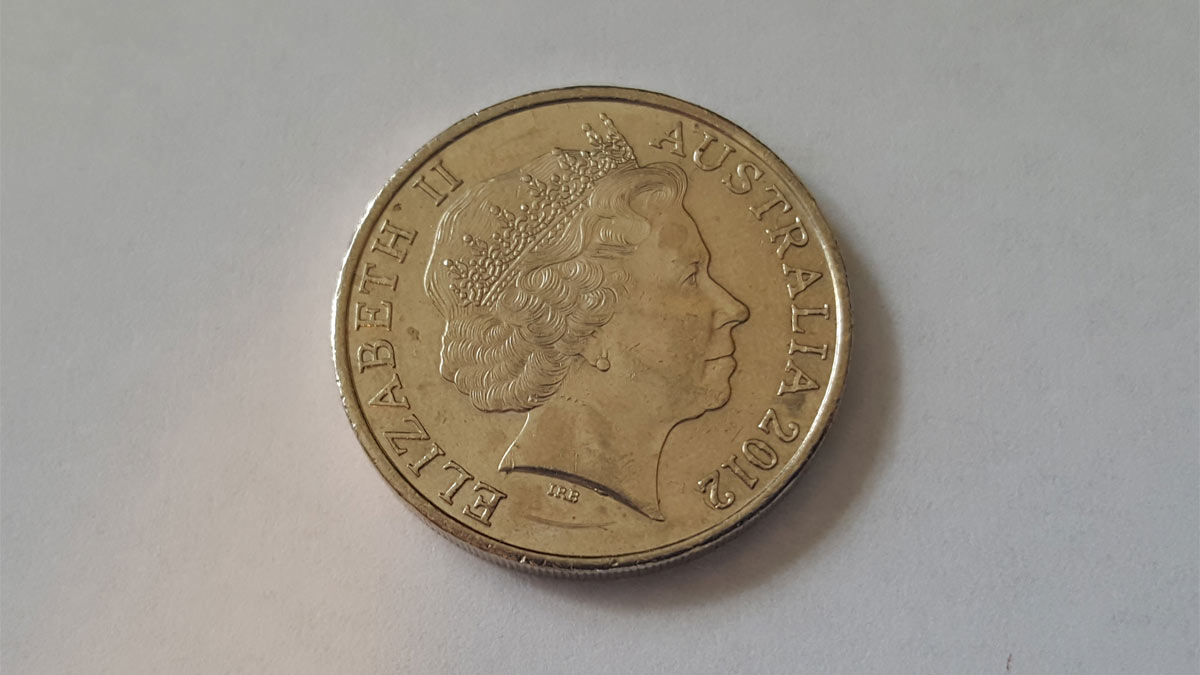 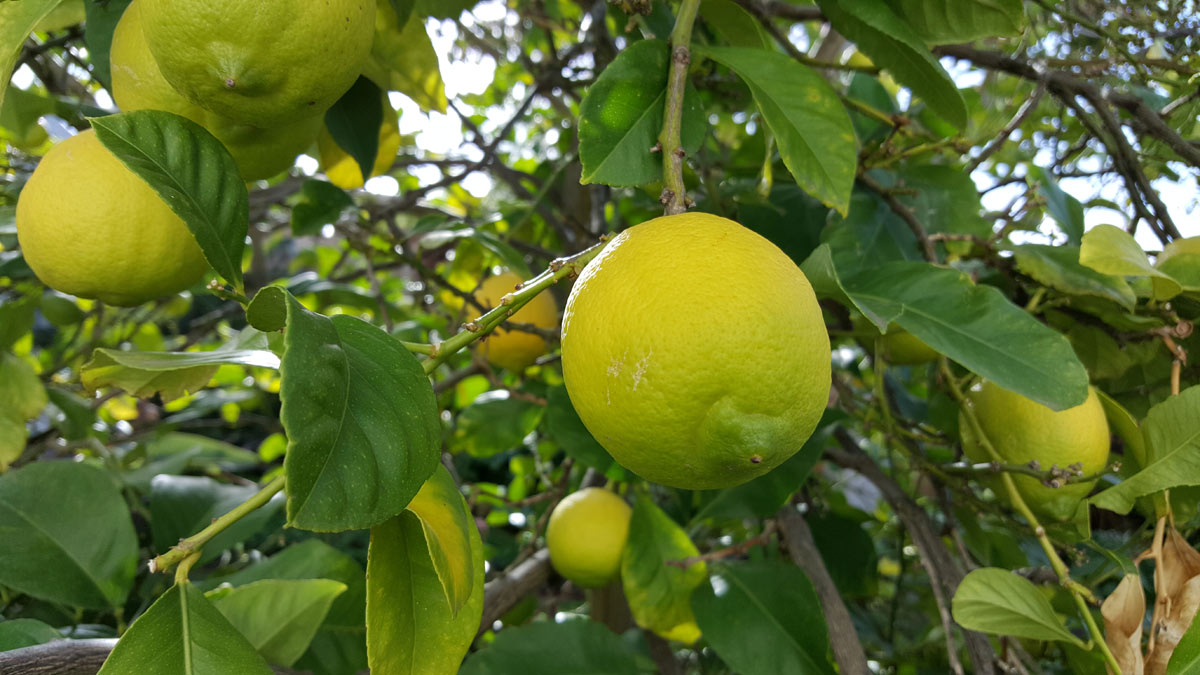 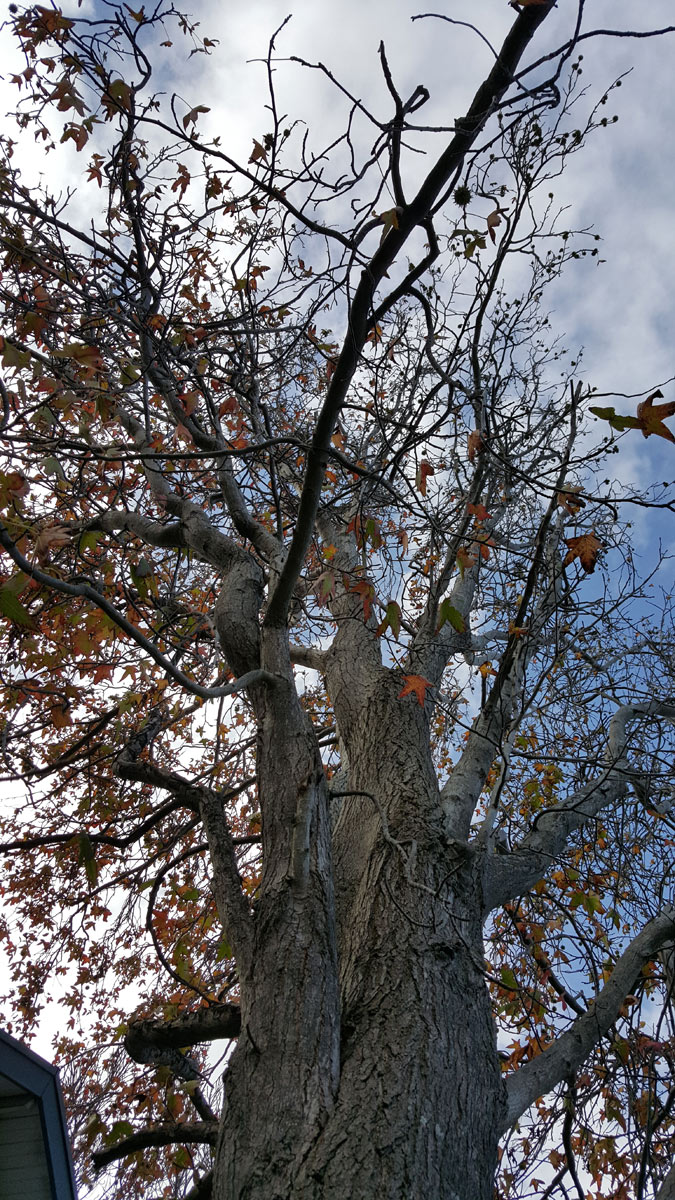 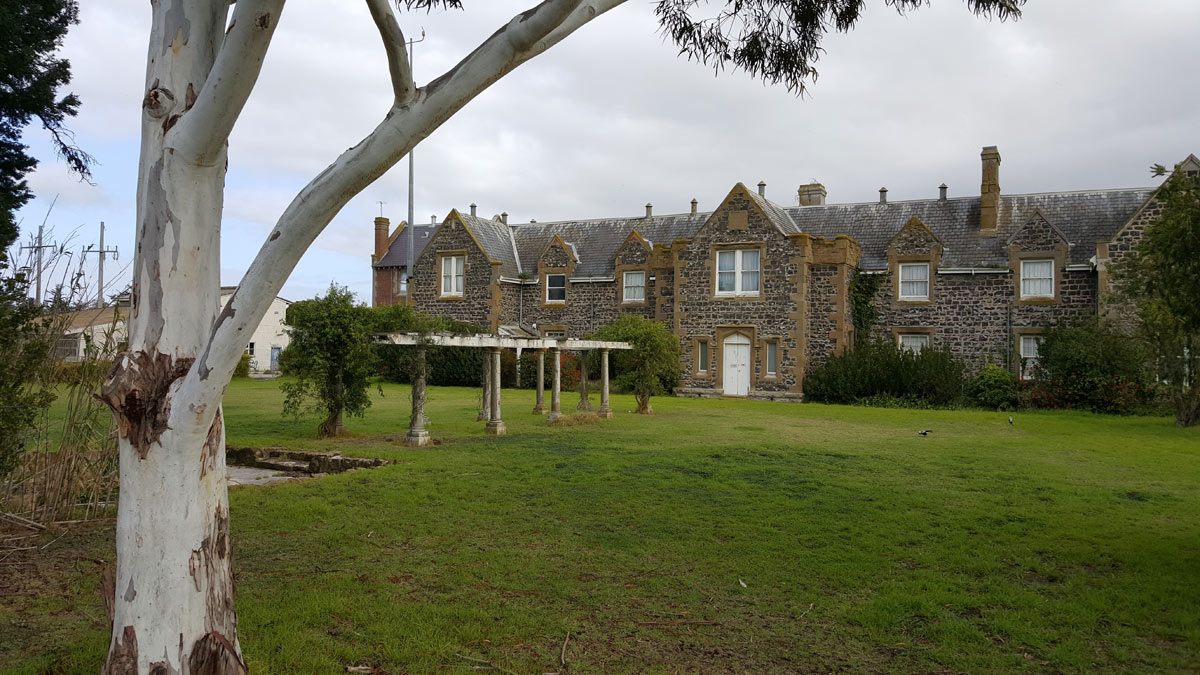 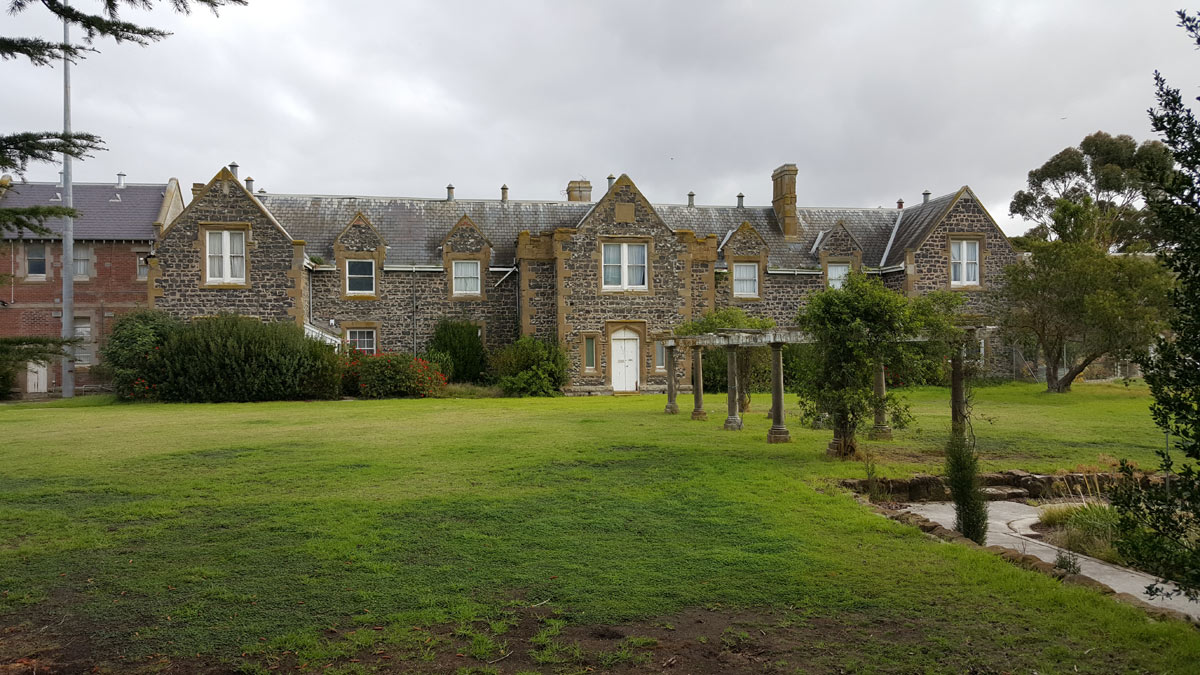 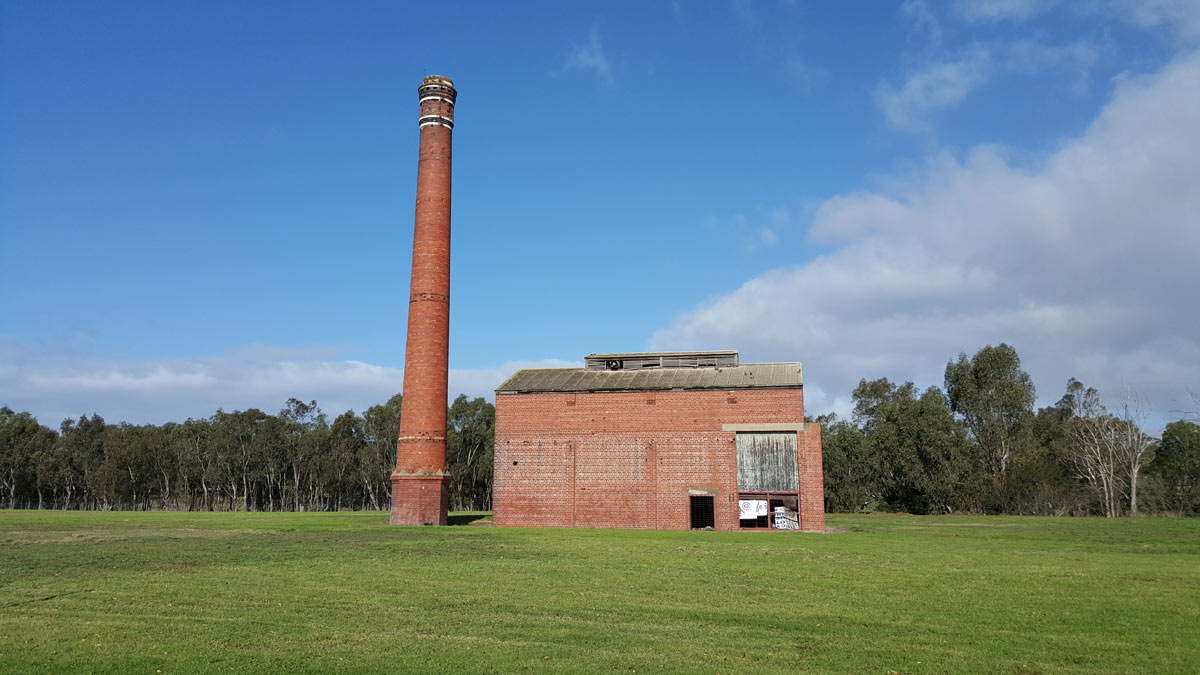 The smartphone also includes the following sensors that are the Accelerometer, Barometer, Fingerprint Sensor, Gyro Sensor, Geomagnetic Sensor, Hall Sensor, HR Sensor, Light Sensor and Proximity Sensor. It should be noted that fingerprint reader is more accurate then the previous model which sometimes required multiple swipes to read your fingerprint.

Unlike swiping, you just need to touch the home button which also works as a great smart lock. The phone is even compatible with Tap & Go payments for the Commonwealth and Westpac banks that definitely make the new locking function far superior. 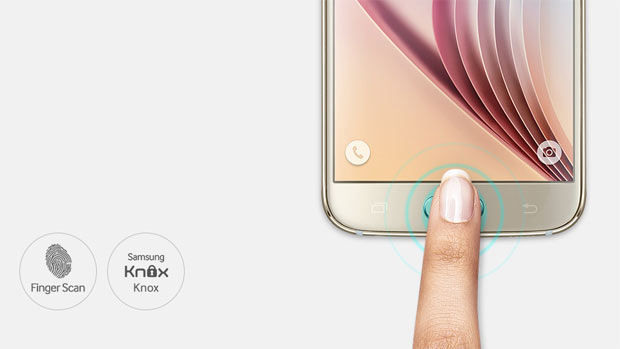 For gamers, the powerful CPU definitely makes games like Modern Combat 5 and Need for Speed no Limits run considerably smoother and I love that the S6 is compatible with the Samsung Gear VR. The Gear VR is basically a virtual reality headset that was initially only compatible Galaxy Note 4 but now smartphone users have access to this excellent product that is perfect for mobility, provided you don’t mind looking a little strange by other commuters. In terms of benchmarks, the Galaxy S6 scored a respectable 20,810 with 3DMARK that is almost 2,000 faster than the iPhone 6. 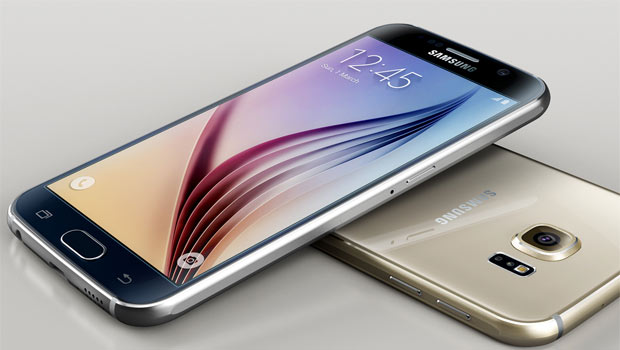 The Galaxy S6 is easily the best smartphone that Samsung have released that boasts a very powerful CPU, a camera that rivals stock standard digital cameras, the ability to wirelessly charge the device and a design that looks as good or if not better than the iPhone 6.

As Samsung have redesigned their series of smartphone, it definitely makes the product more user friendly and the screen quality is just amazing. The only drawback of the Galaxy S6 is the removal of the external battery and the ability to insert a microSD card into the smartphone. Given that, Samsung have given users three different mobile options that include 32, 64 and 128GB, whereas the iPhone commences at 16GB so the Galaxy S6 base model already doubles that.

In conclusion, the Samsung Galaxy S6 is definitely an iPhone killer and the smartphone just got smarter! 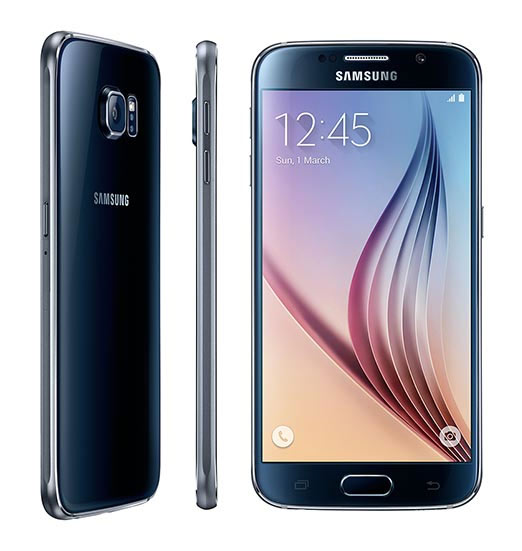