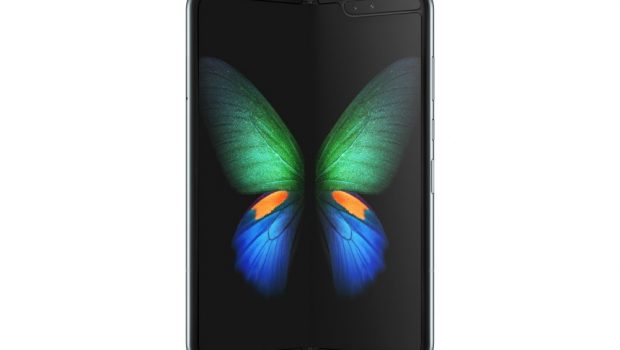 Well… it’s official the new Samsung Galaxy Fold is coming to Australia that also comes with a very hefty price point? Does a smartphone warrant a price that high? Here’s what Samsung say!

Samsung Electronics Australia today announced pricing and availability for the Samsung Galaxy Fold – a completely new category of mobile technology. The highly anticipated smartphone will go on sale in Australia from 30 October with a RRP of $2,999.

“This is a landmark moment for the mobile industry in Australia. With Galaxy Fold, Samsung’s pioneering technology has created a new category of smartphone with a first-of-its-kind user experience,” said Garry McGregor, Vice-President of IT and Mobile, Samsung Electronics Australia. “Australians today are embracing larger screens as they consume, capture, share, and do more on-the-go. From the moment you pick it up and unfold it, the Galaxy Fold unlocks a completely new large-screen experience.”

With Multi-Active Window functionality, Galaxy Fold offers the ultimate in multitasking. Users can open up to three active apps simultaneously on the main display so they can surf the internet, text, work, watch, and share without missing a beat. [2]

The App Continuity function also enhances the experience, offering seamless transitions between the cover and main displays. As Galaxy Fold opens and closes, apps will automatically pick up where they left off. When the user is ready to take a photo, make in-depth edits, or have a closer look at the feed, they can simply open the display and enjoy a larger canvas.

The power to perform

The Samsung Galaxy Fold is equipped with a high-powered, next-generation AP chipset and 12GB of RAM to ensure exceptional performance even when running multiple apps simultaneously. [3] The sophisticated dual-battery system has been engineered to keep up with busy Australians, while Wireless PowerShare enables users to wirelessly charge compatible devices via their phone. [4]

Galaxy Fold is also designed to deliver the ultimate entertainment experience on the go. Thanks to immersive visuals on the Dynamic AMOLED display and crisp, clear sound through powerful AKG-tuned stereo speakers, movies and games come to life in rich sound and display.

Galaxy Fold allows users to communicate and capture moments in new ways and formats. Open or closed, the phone has cameras ready to capture the scene. With six lenses – three in the back, two on the main screen and one on the cover display – the Galaxy Fold camera system has flexibility built in.

[2]  App compatibility may vary as certain third party applications do not support Multi Active Window. Natural fold on main screen may be visible.

[3]  UAM (user-accessible memory) is 462.8GB and depends on pre-installed content.

[4]  Compatible with devices that support WPC Qi wireless charging (click here for details). Requires at least 30% battery life on Galaxy Fold. For optimal charging speeds, it is recommended to remove any cover from your Galaxy Fold. Actual battery life varies by network environment, features and apps used, frequency of calls and messages, number of times charged, and many other factors.