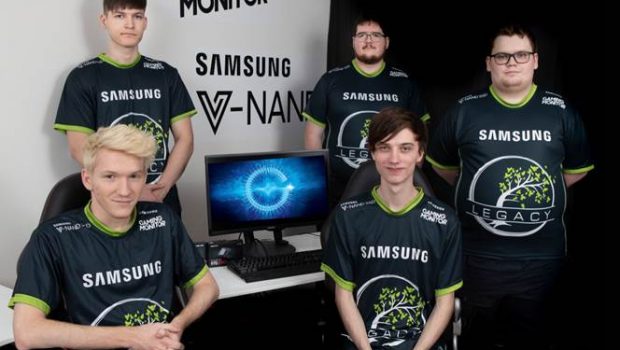 Two-player co-op: Samsung’s SSDs and curved gaming monitors to give Legacy the edge in 2019

SYDNEY, Australia – January 22, 2019 – Samsung Electronics Australia has today announced the renewal of its sponsorship of Legacy Esports, one of Australia’s leading Esports organisations. The agreement positions Samsung as the team’s exclusive screen and memory partner for 2019.

“Esports is one of the most captivating and exciting fields of professional competition in Australia and is redefining how people bring together athleticism, precision, and the best forms of performance technology,” said Josh Grace, Chief Marketing Officer, Samsung Electronics Australia. “As a brand, we’re committed to supporting Australians to break barriers and achieve amazing things through our ‘Do What You Can’t’ spirit and look forward to following the success of Legacy Esports in 2019.”

Legacy Esports was the first esports team to be purchased by a professional sporting body when it was acquired by the Adelaide Football Club in May 2017. The club’s Chief Operating Officer, Nigel Smart, said he hopes the two organisations can build on the successful partnership they started in 2018.

“We are ecstatic to have Samsung back on board with Legacy in 2019,” Smart said. “Last year, both organisations took strides to grow the industry in Australia and the partnership and subsequent activations helped raise awareness of esports. We look forward to continuing that in 2019 at all levels, from elite to grassroots.”

2019 is already shaping up to be a big year for Legacy; hosting a bootcamp last week at the Samsung High Performance Centre in preparation for the Oceanic Pro League, which kicked off last week with Legacy taking on rival team Gravitas Gaming.

For more information on Samsung’s SSDs and gaming monitors see Samsung Electronics Australia, and visit Legacy’s website to discover when the team will be competing next.