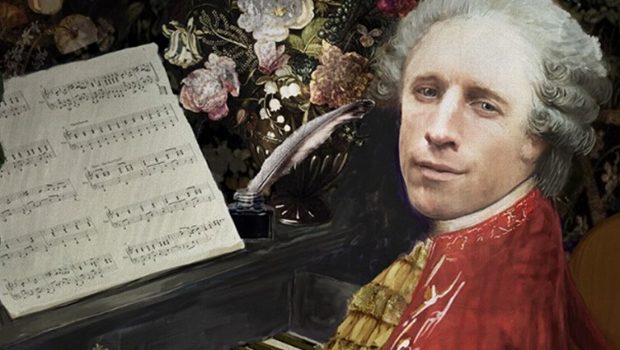 “Sammy J is one of Australia’s most talented comedians, with his intelligent humour, musicianship and impeccable timing” – In Daily, Adelaide

The 58-kilogram star of ABC TV gets back to his musical comedy roots! Performing songs from his ARIA-nominated album “Symphony in J Minor” and beyond, Sammy J will sing, play, croon, belt, warble, purr, and chirp until you kindly ask him to stop.

Sammy J is one of Australia’s most surprising talents. Political, musical, a master wordsmith, and hilariously funny, his work has been recognised with multiple awards, and recent nominations for Best Comedy at the AACTA awards and Best Comedy Release at the ARIA awards.

When COVID-19 shut down the live entertainment industry in 2020, Sammy was halfway through this sell-out tour, and now he is back to finish the job, with three cities – Sydney, Melbourne and Canberra – finally allowed to get in on the act.

For “Symphony in J Minor”, Sammy will be joined on stage by cello virtuoso Vaudrey, adding maturity and depth to the otherwise inconsequential numbers.

“I grew up listening to musical comedy albums,” says Sammy J, “and I like to think this collection of songs will be played on future road trips, school camps and family dinners for years to come.”

Having broadened his audience to include toddlers and grandparents, Sammy hopes this collection of tunes will have wide appeal – smart enough for the oldies, and cheeky enough for the youngsters.

“If just one person sings along to “There’ll Be Someone At My Funeral Who Doesn’t Want to Be There”, then the whole show will have been worth it,” reflects Sammy.

A proud nerd, Sammy J ditched his law degree to pursue a career in comedy. He’s since played in Edinburgh, Montreal and London; had a sitcom on Netflix; is one half of the man/puppet comedy duo ‘Sammy J & Randy’; and appears each week on ABC TV in a variety of satirical sketches including “Playground Politics” and “National Yoga”. His debut novel, The Long Class Goodnight, is out now through Hardie Grant Publishing. He is currently the host of ABC Radio Melbourne’s Breakfast show.