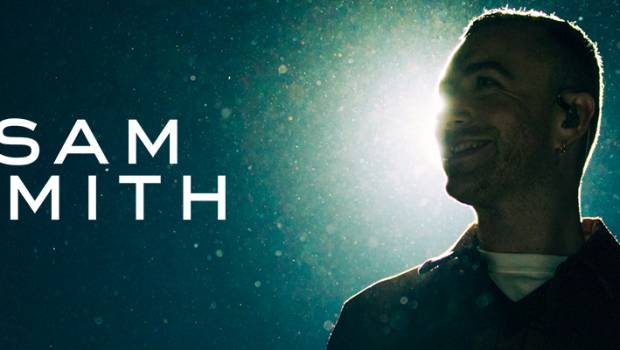 On the cusp of his sold-out Sydney Opera House performance tomorrow evening, Frontier Touring are delighted to announce that Grammy-winning singer-songwriter Sam Smith will return to Australia and New Zealand on his The Thrill Of It All World Tour this November.

Taking his acclaimed sophomore album The Thrill Of It All (out now via Capitol Records/EMI Music) on the road, Smith will perform five arena shows across our fine shores in what will be his first AU & NZ tour in three years.

Upon its release last November, The Thrill Of It All debuted at the top of the charts in the United Kingdom, United States and New Zealand and at #2 on the ARIA Album Chart, and has already gathered more than 2.1 million album sales worldwide.
‘The second LP from English retro-soul powerhouse Sam Smith doubles down on the magnificent, gender-nonconforming voice he showcased on his 2014 debut,
In the Lonely Hour. The results knight one of the mightiest, most expressive singers of his generation.’ – Rolling Stone

‘Thank you to the gentleman who trampled Sam Smith’s heart since the last time we shared his suffering.  Your loss is our gain.’ – Herald Sun

First rising to fame after featuring on Disclosure’s smash hit ‘Latch’, Smith has gone from strength-to-strength since the release of 5x Platinum (AU) debut album In The Lonely Hour (2014) and James Bond theme ‘Writing’s On The Wall’ winning an array of awards including an Academy Award, a Golden Globe, three Brit Awards, three Billboard Music Awards and four Grammys, among others.

Dedicating the past few years to performing to sold-out audiences across the globe and honing his songwriting talent in the studio, Smith’s return to recorded music in late 2017 with single ‘Too Good At Goodbyes’ was welcomed with open arms.
‘Smith’s magical, tragical voice is its own kind of classicism’ – Variety

‘It’s been a long wait since 2015, but if the rest of his upcoming album is as moving
as this new song, it has certainly been worth it.’ – Vulture
Accompanied by an equally emotive video, the stirring ballad became Smith’s first #1 single in Australia and New Zealand and sixth in the UK.

To celebrate The Thrill Of It All’s release last November, Smith performed a collection of new and classic tracks in a world exclusive, one-off BBC 60-minute special. Backed by his own band and the BBC Concert Orchestra, tracks like ‘Writing’s On The Wall’, ‘Stay With Me’ and ‘Burning’ were given an added dimension as Smith’s vocals soared alongside the lush symphonic sounds.

The Thrill Of It All World Tour will see Smith play some of his biggest venues to date across the UK, Europe, and the United States before arriving in Australia and New Zealand this Spring.

Smith’s Australian and New Zealand shows have a habit of selling out at speed, with his upcoming Sydney Opera House performance selling out in just minutes. If history is anything to go by, fans are encouraged to act quickly to secure their tickets to The Thrill Of It All World Tour!