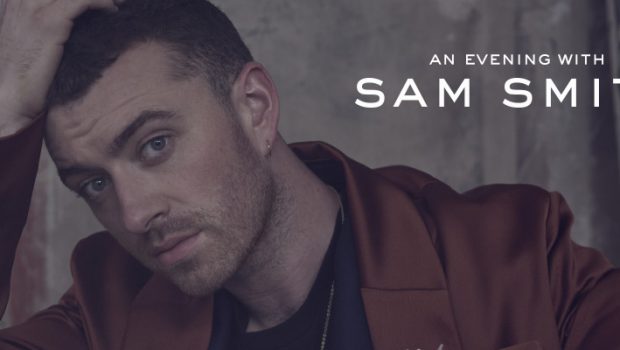 Fresh from the announcement of his upcoming sophomore album The Thrill of It All and a stunning performance on Saturday Night Live, Frontier Touring are delighted to welcome acclaimed UK singer-songwriter Sam Smith back to Australian shores for a very special show at Sydney Opera House on Tuesday 16 January.

Taking place in one of the country’s most stunning and iconic venues, those lucky enough to attend this intimate show will be among the first in the world to hear tracks from Smith’s much-awaited second album The Thrill of It All (out 3 November via Capitol Records/EMI Music) come alive on stage.

To help reduce unauthorised resale for profit, a maximum of two tickets only per customer is available for purchase, and both physical and emailed tickets will not being issued until after 2 January 2018.  In addition the ticket purchaser’s name will be printed on the ticket/s, they must show valid matching photo ID at the time of entry to the event.

Our first taste of the new album came in the form of the stirring ballad ‘Too Good At Goodbyes’ (out now via Capitol Records/EMI Music), accompanied by an equally emotive video.  Written with long-standing collaborator Jimmy Napes and Stargate, ‘Too Good At Goodbyes’ is Smith’s first new music since his Oscar and Golden Globe winning Spectre theme ‘Writing’s On The Wall’ in 2015.

‘Smith’s magical, tragical voice is its own kind of classicism’ – Variety

‘It’s been a long wait since 2015, but if the rest of his upcoming album is as moving as this new song, it has certainly been worth it.’ – Vulture

Alongside Jimmy Napes and Stargate, The Thrill of It All will see Smith collaborate with the likes of Timbaland, Malay and Jason ‘Poo Bear’ Boyd, as well as unsigned artist YEBBA for their breathtaking track ‘No Peace’.

It’s been more than three years since Smith’s smash debut album In The Lonely Hour was released, introducing Smith’s inimitable soul and knack for songwriting to the world through tracks like ‘Stay With Me’, ‘Lay Me Down’ and ‘I’m Not The Only One’ .

In the short time since his debut, Smith has become one of the biggest acts on the planet with over 12 million album sales globally – including a #1 ARIA album with 5x Platinum sales – and an array of impressive awards including an Academy Award, a Golden Globe, three Brit Awards, three Billboard Music Awards and four Grammys among countless other accolades.

As Smith’s next chapter unfolds, don’t miss the rare opportunity to witness this global superstar in such an intimate and iconic setting. With a penchant for selling out Australian shows at speed, fans are encouraged to get in quickly to secure their tickets!

Pre-order Sam Smith – The Thrill of It All here.