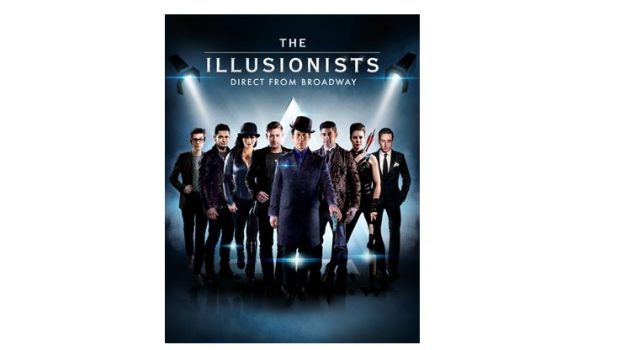 It was announced today that Australian daredevil Sam Powers, aka The Enigma, will join the Melbourne season of The Illusionists: Direct from Broadway at The Regent Theatre from 22 January 2019. Described by critics as a new breed of escape artist, Powers will attempt a world first, death defying escape in a nail biting, edge-of-your-seat spectacle that would have Houdini turn in his grave.

Sam will be suspended 30 feet in the air in a straight-jacket under a flaming set of steel jaws, ready to be devoured once a thin rope burns through and the jaws come crashing shut with a half-tonne of brute force. The danger is real and this will be a history making world first for the escape to be presented like this.

Sam Powers has appeared on television before 50 million viewers with live performances in 21 countries across the globe, leaving Hollywood stars like Jamie Foxx gasping in amazement.

The Illusionists has shattered box office records across the globe and dazzles audiences of all ages with a powerful mix of the most outrageous and astonishing acts ever to be seen on stage. This year, The Illusionists: Direct From Broadway will continue to redefine magic and challenge audience expectations with large-scale stunts, levitation, mindreading, disappearance and daredevilry.

Sam Powers, aka The Enigma, will be joining in Melbourne a thrilling line up of the world’s most talented magicians and artists.

Tim Lawson, Producer, TML Enterprises, says: “I am thrilled that Sam has agreed to perform this stunt never seen before on a theatre stage. It’s a perfect addition to a spectacular show packed full of new and exciting acts that will be a first for Melbourne audiences. The Illusionists has dazzled audiences of all ages in over 400 cities around the world including four seasons on Broadway. Our new show is a fantastic opportunity for Melbourne audiences, families and visitors this summer to enjoy the very best magic and illusion acts from around the world.”

Combining the showmanship of the Harry Houdini era with contemporary stunts, visual effects and cutting-edge technology, The Illusionists: Direct From Broadway is an unmissable summer experience for the whole family.

Watch the trailer for The Illusionists: Direct From Broadway here.