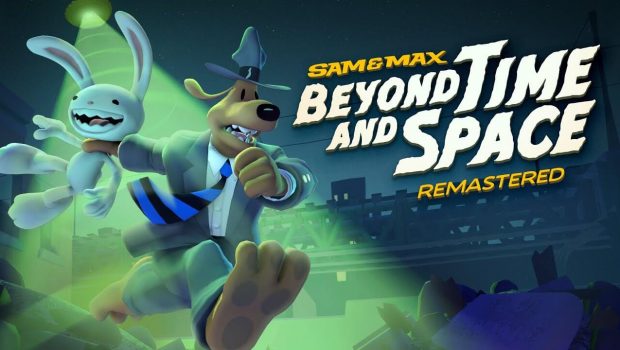 Summary: Sam & Max: Beyond Time and Space Remastered was a treat to play through. The game's characters will entertain you from start to end, and all its mechanics have been expertly remade. As such, it is a no-brainer for fans of the series, especially at the reasonable price of $20, and a great suggestion in general to gamers who enjoy a good laugh.

Sam & Max: Beyond Time and Space follows the titular freelance policemen Sam and Max on bizarre comedic and episodic adventures from the North Pole to the Fountain of Youth and from outer space to Hell. The first episode sees Sam and Max saving Christmas by taking on a demonic trigger happy Santa Claus who sends a giant pop-culture referencing robot to destroy Sam and Max. Even worse, he’s neglected his elves and stopped producing all toys, so it’s up to the deadly duo to put a stop to his jolly crimes. Other episodes feature the duo visiting hell, stopping a volcano from erupting along with many other wacky adventures. 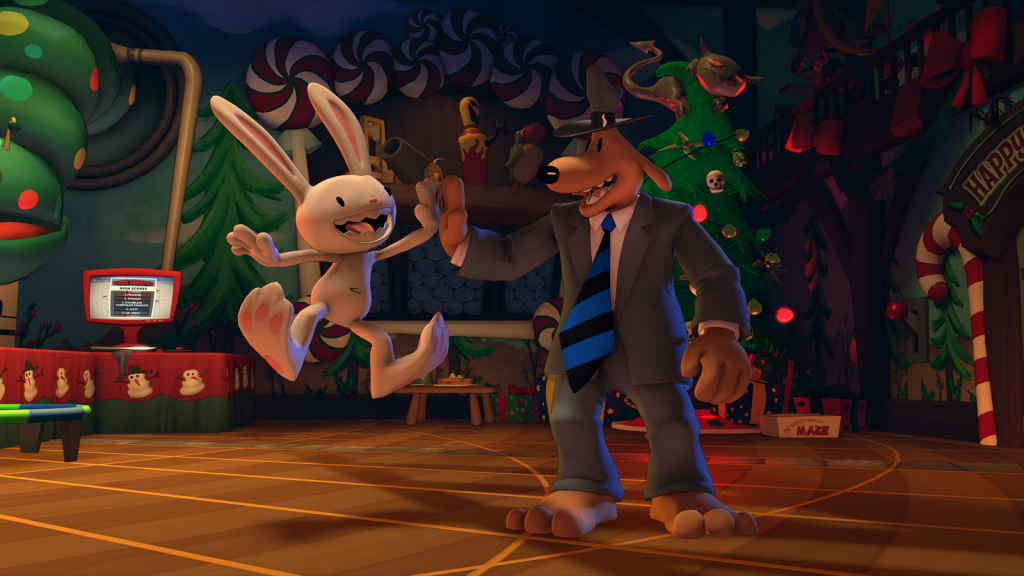 These adventures are reminiscent of their classic point-and-click origins where players solve continuously progressing and extremely comedic problems by picking up items around the room to use in another location or talking to a character to learn how to use an item and perform an action. Players will always have to pay attention to the characters if they wish to progress the chapter, as many puzzles can be highly convoluted to solve. In the first episode alone, I recall having to gift a female Stinky a foot bath from the North Pole to get her smelly sock, fill it with coal from Santa’s stocking stuffer and use it to power his disheveled sleigh to save future Sam and Max from a hellish peril. Now, if you’re like me and never played the original, the last few sentences will be complete nonsense to you, but in Sam & Max: Beyond Time and Space, it’s just an average day. However, the problem with many of these puzzles will require a lot of thinking and backtracking to figure out what to do, and by the time you solve it, the effort never really feels satisfying.

Thankfully, the humor in Sam and Max more than makes up for the arduous puzzles as each character, especially the titular duo, is filled with bizarre quick-witted dialogue that’ll be sure to surprise even the most extreme comedy fans. What’s more, the voice cast did a fantastic job in executing said dialogue as all characters have a level of chemistry not typically seen in a lot of games, especially games of its age. And because each character plays their part quite well, the entertainment is raised to a whole other level. So whether it’s a paranoid shopkeeper, a pathological liar of a restaurant owner, or a little rat with crippling Tourettes, you’ll never be left wanting for a laugh in Sam and Max. 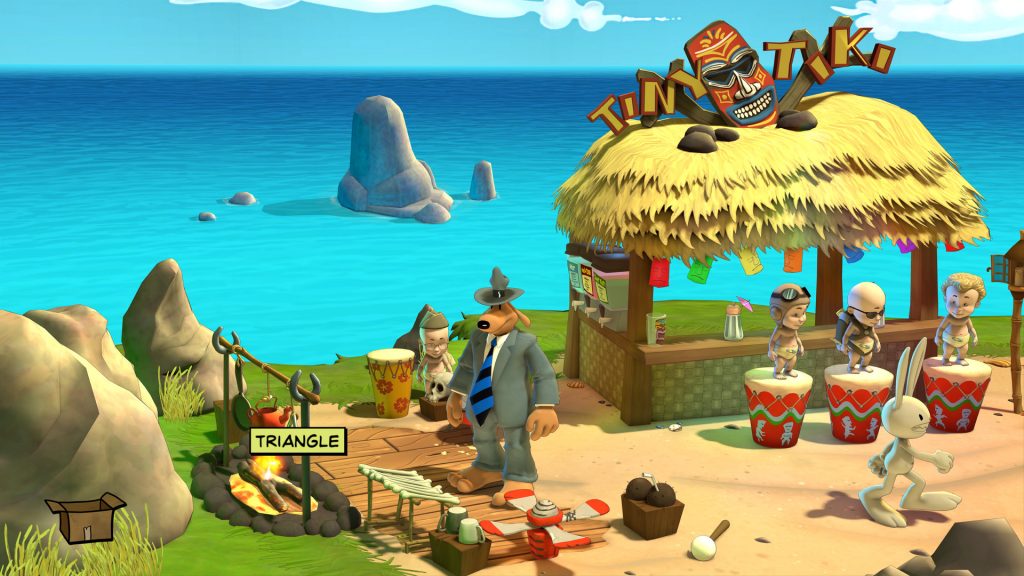 When not laughing at the many bizarre and hilarious antics in the game, players will marvel at the expertly remodeled graphics. After the recent disaster that was the Grand Theft Auto Trilogy remaster, it’s quite a breath of fresh air to see a remaster actually done competently as Sam & Max: Beyond Time and Space frankly looks fantastic on my RTX 3060 PC. The models are more detailed and smooth. The lighting is more vibrant and colorful, especially in Santa’s Workshop and Stinky’s Diner, which seem to be some of the most populated areas of the game and have many detailed and intricate models. Seeing the dramatic change between the 2007 and 2021 versions of the game is almost jarring as the game now looks like one originally made in this era, and for that, I applaud Skunkape.

Additionally, players can also play a variety of available minigames along their journey. All of these maintain the game’s peculiar humor, whether it’s playing a shooting game in Sam and Max’s office, violently running over “”torture me Elmer” dolls with Sam’s Desoto, or boxing a bunch of ally rats using a remote controlled doll in a corpse of a dead giant robot.

Overall, Sam & Max: Beyond Time and Space Remastered was a treat to play through. The game’s characters will entertain you from start to end, and all its mechanics have been expertly remade. As such, it is a no-brainer for fans of the series, especially at the reasonable price of $20, and a great suggestion in general to gamers who enjoy a good laugh.