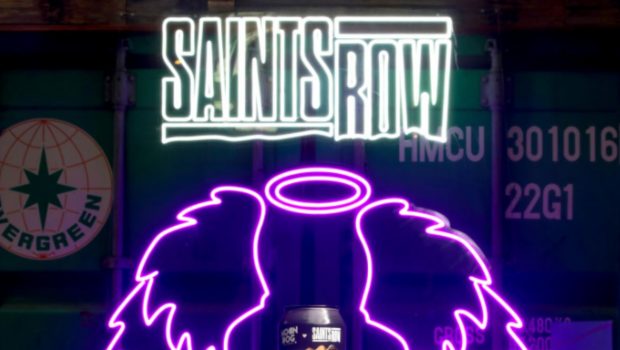 It’s thirsty work being The Boss, so in anticipation of the global release of Saints Row, a uniquely Australian collaboration has been announced with Melbourne-based Craft Beer aficionados, Moon Dog Craft Brewery, who will be launching “Keep It Strange, Santo”, a new Juicy Pale Ale on the 18th August.

For fans of the popular Saints Row franchise who enjoy a craft beer (or two!), the collaboration will see a limited release of a specially brewed, dangerously refreshing craft beer, Keep It Strange, Santo.  Named in honour of the slogan of Santo Ileso, a vibrant, fictional city in the heart of the American Southwest, Keep it Strange, Santo, is a collector’s delight and a taste sensation for craft beer lovers, loaded with punchy hops. Keep It Strange, Santo Juicy Pale Ale will be available to purchase in Moon Dog venues, Moon Dog World & Moon Dog O.G (Victoria) and online for RRP $9.00.

In a true collaboration, Moon Dog will also play host to the official Saints Row launch event on 18th August, at their Victorian brewery, Moon Dog World in Preston. The event will be a Saints Row-themed extravaganza, offering hands-on with Boss Factory, Saints Row’s best and boldest customisation suite, ahead of the highly anticipated release of the game and peppered with surprise and delight moments and prizes up for grabs. The evening will be attended by gaming industry VIPs, media, celebrity guests and well-known streaming personalities, Saints Row fans are also invited to attend the launch event and are encouraged to keep an eye on Mood Dog Craft Brewery’s Facebook page for event details.