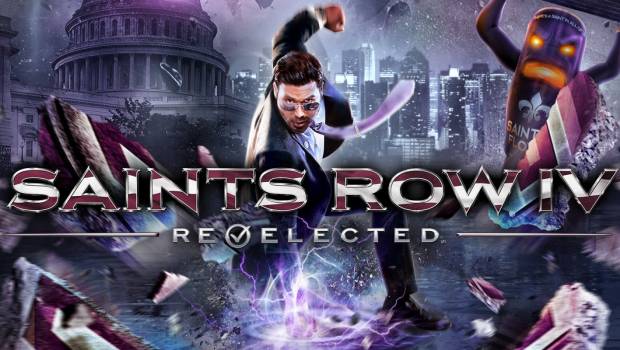 Summary: Action, Adventure and Aliens all mash together with the zany fun of the Saints Row cast of Characters, but can you handle being the President...

All Hail the Saints

One of the most interesting things about owning a Nintendo Switch, is having the ability to play AAA games anywhere and at any time. Albeit most are from the previous generation Xbox 360/PS3/WII U. But it is still interesting to be able to play these games on the go.

Saints Row IV Re elected picks up a few months after the ending of the previous game, The Boss, Shaundi and Pierce are on a mission to the Middle East to help Asha and Matt Miller take out former STAG leader Cyrus. Whilst the Boss is able to Kill Cyrus the Nuclear Rocket is still fired. With the help of Aerosmith’s “I don’t want to miss a thing” The rocket is disabled. 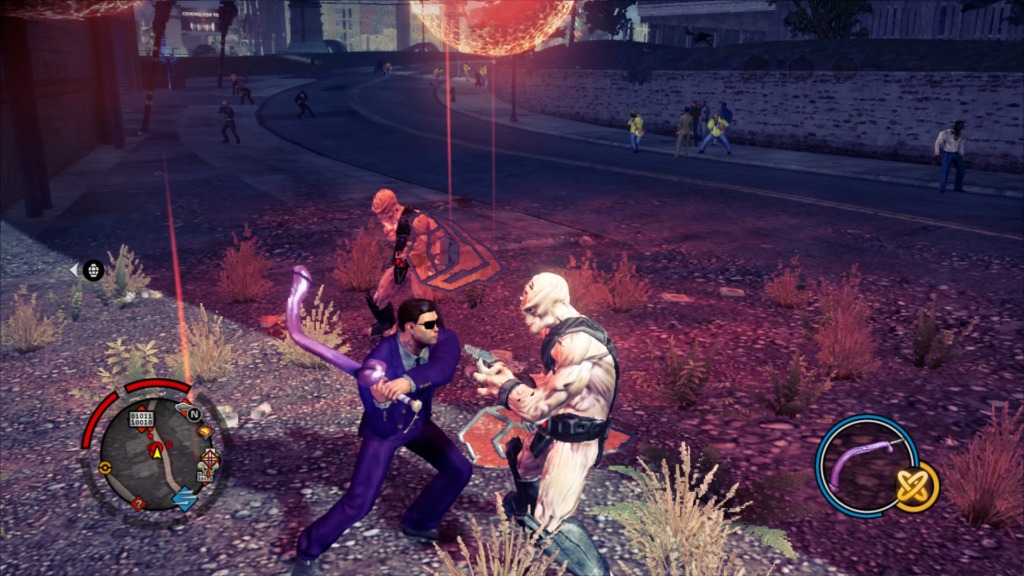 Five years later and the Boss is now the President of the United States and the White House has turned into one big party pad. On the way to a press conference you are stopped by the start of an.. Alien Invasion?? Whilst everyone else is captured or killed by these marauding Aliens, The Boss makes his way to the Ship of the Leader Zinyak a battle ensues and just as you think you have the upper hand Zinyak grabs you and takes you prisoner. This unfortunately is not any old prison but a Simulation of each character’s worst nightmares and for the Boss this means a 1950’s American Sitcom. Where everything is perfect and there is no Debauchery of any kind.
With the Help of Kinzie, you break out of your simulation and set off to help rescue the rest of your friends and colleagues.

Along with the Superpowers you are able to upgrade your vehicles and guns with a variety of improvements by 80% through the story you will be able to oneshot more or less every enemy. Which I might add is amazing and really helps keep the flow of the game going and the action fluid. 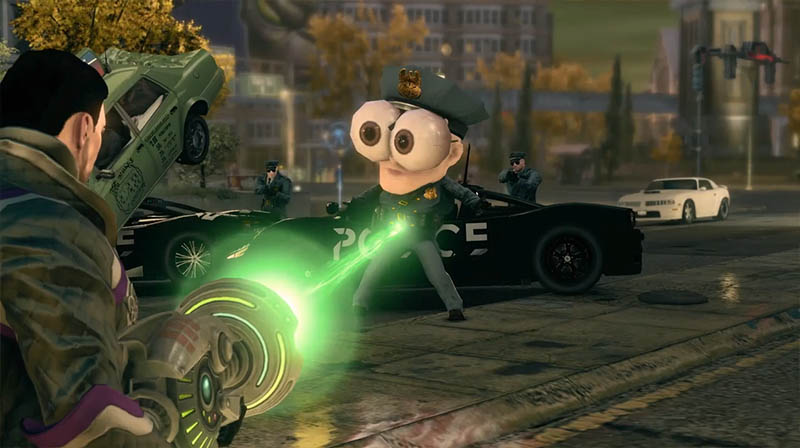 Saints Row IV does control well albeit very sensitive with the Joy Cons, I personally had more success playing it in docked mode with a Pro Controller. As with all games Saints Row IV handles the switch seamlessly between handheld and docked. Sporting the ability to have dynamic resolution which allows for higher frame rates at a reduced visual fidelity, but really due to the age of Saints Row 4 you will hardly notice the difference.

All of the music is still intact in this release, from Aerosmith’s ‘I don’t want to miss a thing’ to Haddaway’s Seminal Classic ‘What is Love’. Whilst I did not find too many faults of the audio side I did feel some of the effects lacked that bass that was on the Xbox one and PC port. 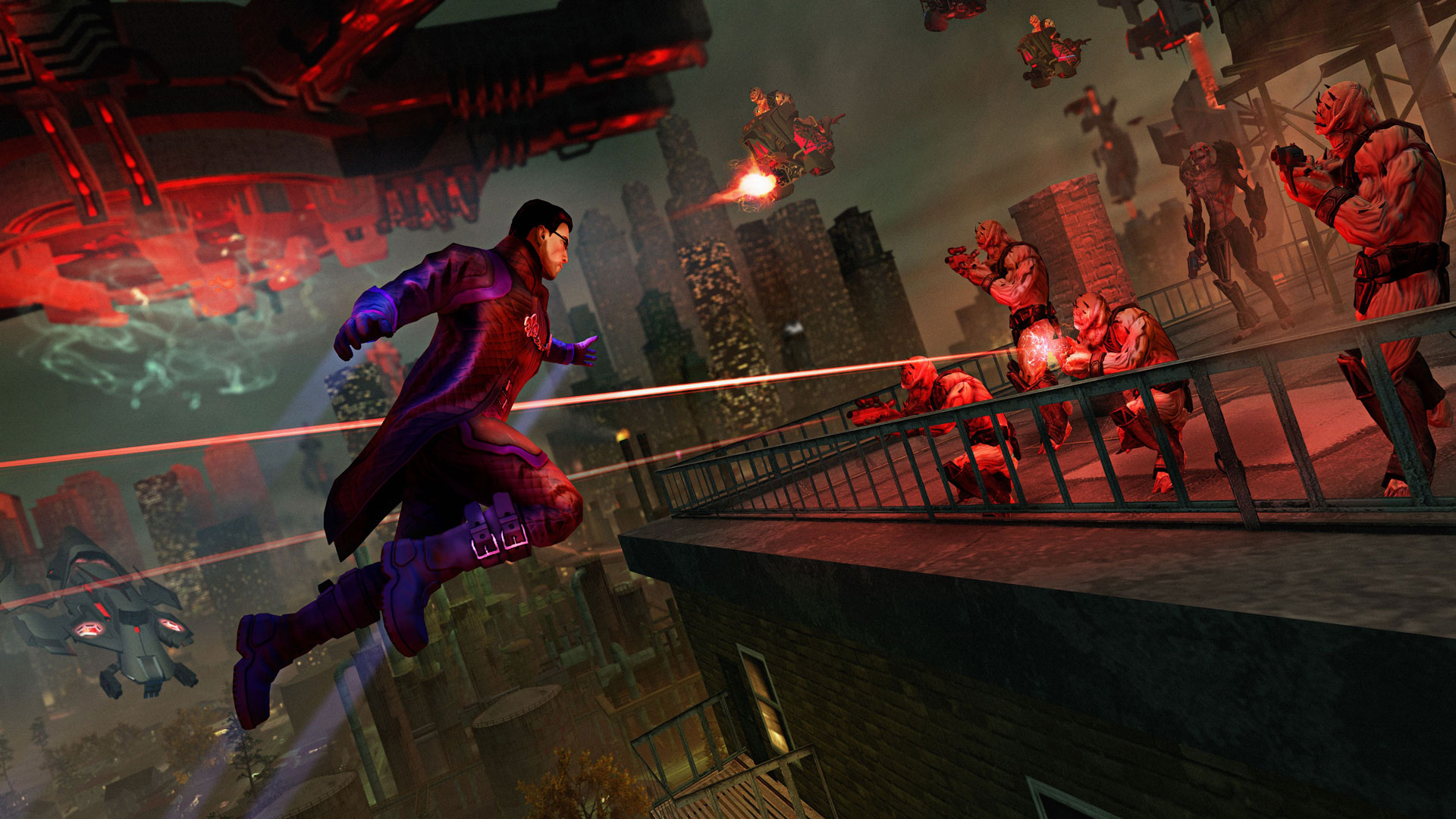 Overall Saints Row IV Re-elected is a very competent entry to the Switch Library and it is definitely worth the purchase if you have the hankering for some crazy open world action. It is unfortunately priced on the higher side of re releases so please keep that in mind.  As long as you can handle the Nintendo Switch’s less than impressive Joycon analogue sticks. 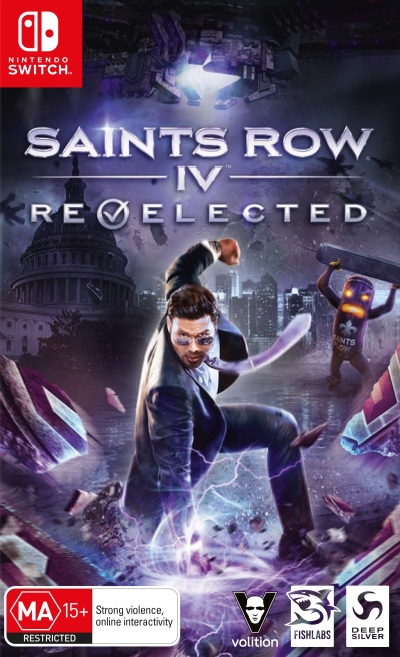