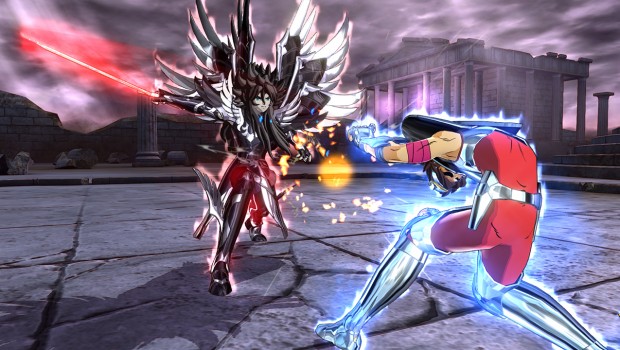 Sydney – September 25, 2015 – The legendary license created by Masami Kuramada is back, as powerful as ever with a brand new game available for PlayStation®3 and PlayStation®4 from now on! STEAM® version will be available soon.

Saint Seiya: Soldiers’ Soul is featuring characters from the all-new animated series broadcasted worldwide in the “Legend of Cosmo” and “Battle of Gold” modes. In this brand new anime and game, the legendary Gold Saints are back from the dead with their new God Cloths! The fabled fight against Hades was not the end of everything for Athena’s heroes: blessed by heavenly powers, Seiya and his friends still have to accomplish something bigger.

Last but not least, Saint Seiya fans can rejoice, as the “Asgard” Arc will be making its grand premiere!