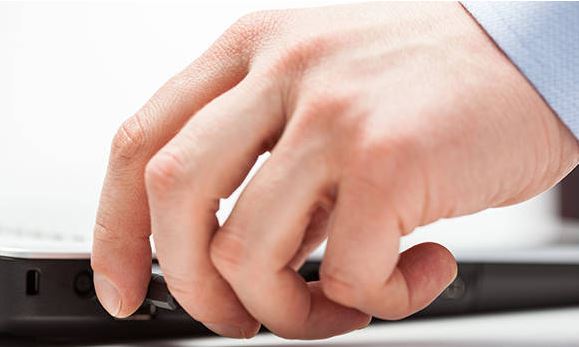 How to safeguard data and protect it from prying eyes

In an era where cloud storage solutions cannot be relied upon for absolute security, USB drives are on the return, particularly those able to ward off against any would-be security flaws and malicious attacks.

While cloud storage has been a huge boon for centralising and sharing business information for businesses, digital break-ins have occurred at some public cloud services. The cost of a high-speed and totally secure private cloud is too prohibitive for many companies so other solutions are required for securing integral and pivotal data.

For business owners, particularly small business, USB technology is proving itself to be a highly developed alternative in a world increasingly moving to the cloud. Whilst online storage may be more convenient, the fear of centralised locations with hackable data centres means files are permanently at risk, even if the risk is minimal and even if guaranteed by frequent backups to remote locations.

The Kingston IronKey S1000 tackles the most extreme degrees of security thanks to a level of lock-down supporting 256-bit AES hardware encryption, a feature it handles with on-device Cryptochip Encryption Key management.

While you will never want to lose the USB drive, if an accidental misplacement does occur, are guaranteed that your data won’t fall into anyone’s hands as the technology in the device goes beyond that of sheer encryption.

Rather, the drive has smart features built into the ruggedised metal casing which are able to determine if the drive is being tampered with while plugged in, locking up the drive in the process.

In a situation where strong-arming of information is attempted, Kingston’s use of digitally-signed firmware makes it impervious to the BadUSB drive exploit, while a further password lockdown protocol locks down the drive after ten failed password attempts.

A more capable “Enterprise” variant of the S1000 exists on top of the standard model, and this offers central administration for the codes relying on cloud-based or on-premises servers to manage and enforce password and access policies, virtually ensuring a degree of integrity for critical files that cannot be risked falling into outsider hands, something no public or hybrid cloud solution can themselves totally guard against.

Surviving attempts to destroy the data is one thing, but the Kingston IronKey S1000 is built to survive life, too, with a military spec rating of MIL-STD-810F, making it resistant to dust, water, and shock, thanks to an anodised aluminium enclosure with epoxy-filled casing for drop-resistance.

In addition to its security pedigree, it is also simply a great USB drive as well with fast with USB 3.0 speeds supported in the IronKey S1000 drives, ranging from 4GB to 128GB.