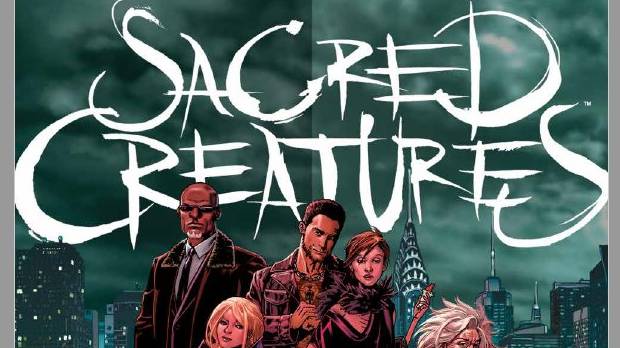 Summary: The supernatural caretakers of earth are having a family fight and humans are mere playthings to be thrown about as the battle grows.

Josh Miller seems to have his whole life ahead of him. A lovely partner who is expecting their first child, an interview for a great job… what could possibly go wrong? Well as it turns out the question might be better asked “what won’t go wrong”? What seems like a bit of bad luck and a horrible day end up being the start of a journey into borderline madness that has a much more sinister and unexpected cause. 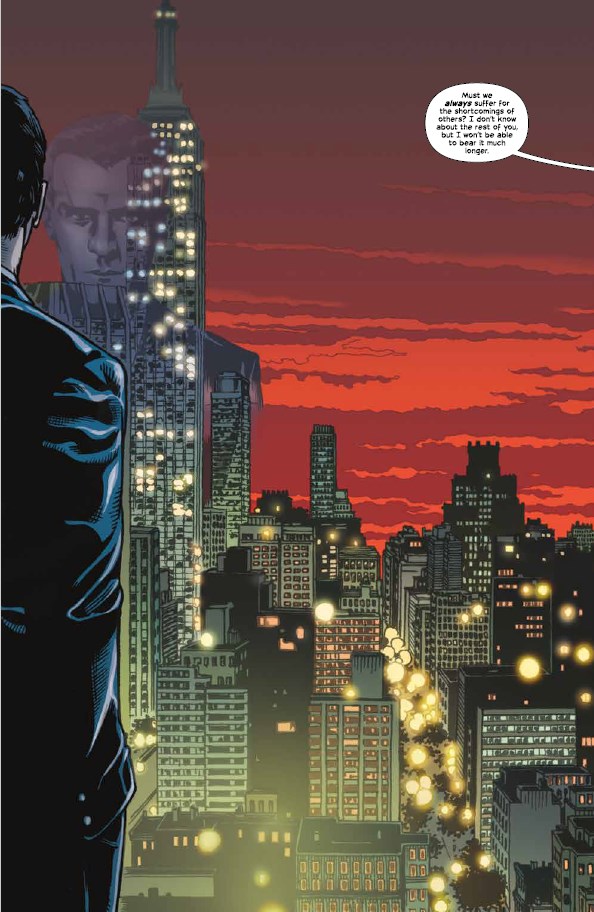 The core idea behind Sacred Creatures isn’t new… the idea of higher beings manipulating humanity has been around for some time… but Pablo Raimondi and Klaus Janson’s take on that notion involves some pretty intense moments. Their imagining of the seven deadly scenes inhabiting human form and influencing (or perhaps more correctly, outright controlling) humans is an interesting one and it leads to some very troubling moments. Perhaps most interesting (to me at least) is the flashbacks… not the ones to the recent past (although they are well used to keep the story interesting) but the ones jumping back to prehistory… the early earth when the angels were much more directly involved with humans. But poor Josh… it’s a turn of events I don’t think you’d wish on anyone and it can be hard to read at times (because it’s quite sad how things are playing out for him). The interplay between the dysfunctional family of angels and where that ends is quite intriguing too… the final interaction between Abiyma’El and Zimu and what Zimu points out to him is quite well done and makes the rest of the story make sense on a greater level. 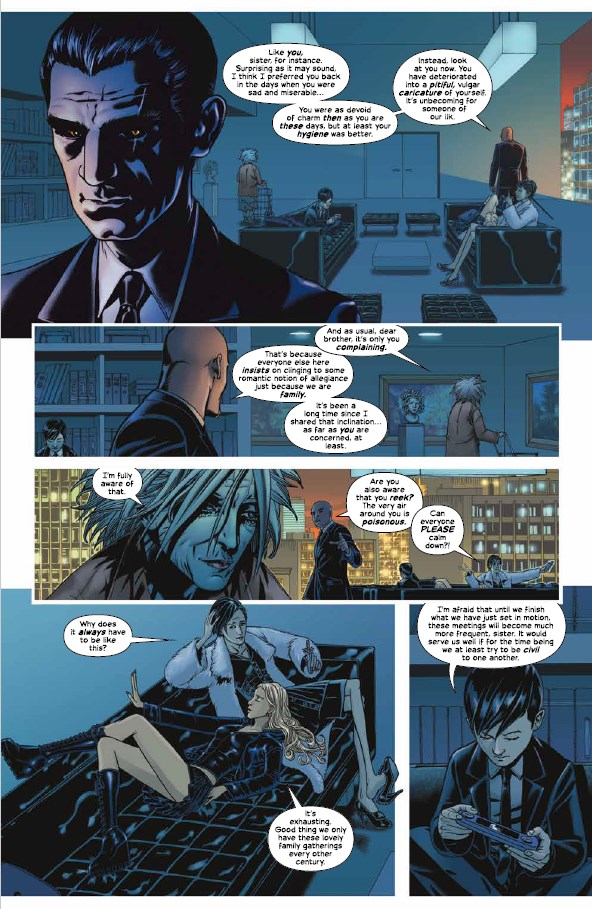 A number of years ago I remember coming across a debate of sorts about what constitutes good art in comics and what was regarded by quite a few as… how should I put it, I guess what was considered a “cheating” way of creating the art. The main bone of contention was over “tracing”, basically using photographic references and converting them to a more comic style image but still clearly retaining their photographic heritage. Personally I don’t have an issue with it as long as the execution is well done. I bring this up because you won’t get too far into Sacred Creatures before realising that a number of the faces look very familiar, the one that jumped out at me was Ian Whitaker (A.K.A. Pride, A.K.A. Aculeo) who is clearly derived from Djimon Hounsou, then other faces started to remind me of who they were derived from. Now as I said… I don’t mind it if it’s done well and I think it is done well here… I only have one main concern and that is that the real life people whose likenesses were used were made aware and were ok with their images being used. Other than that I do think it makes for a convenient way to pitch the story to Hollywood as you have a ready made cast already shown. 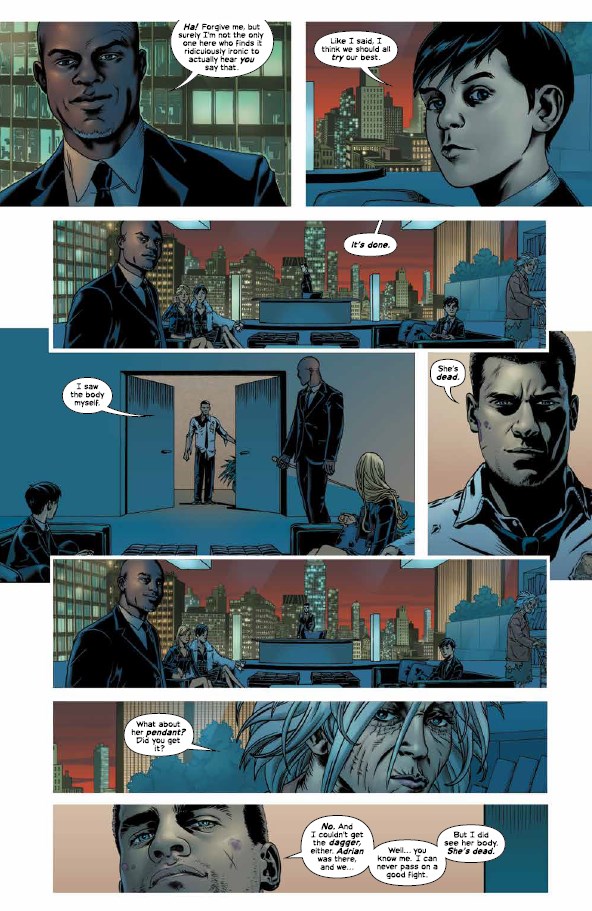 Overall I found the story quite compelling. The jumping between the present, the near past and the distant past worked well to keep things engaging and to fill in the gaps of why things were playing out as they were. For some the art style might be an issue but overall I found it to be fine and the change in style between present and distant past worked well to show the difference and the change in the early world and the modern world. The end certainly does set things up for future issues but this collection certainly stands on its own as a gripping story that’s worth reading. 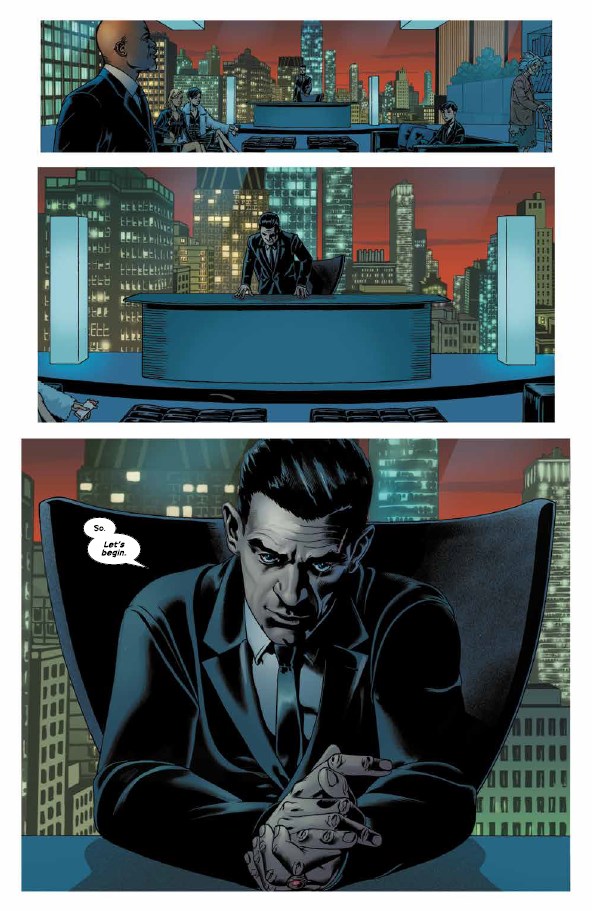