Summary: Sackboy: A Big Adventure is a perfect game through and through. The level design is amazing, the story is charming, and the score is fantastic. I know I mentioned this before in the intro, but even though this is a rerelease, I'd say this is my game of the year so far. Genuinely perfect in every way.

Every once in a while, you start a game with high expectations, and it leaps over those. Sackboy: A Big Adventure has lofty shoes to fill, being the first Little Big Planet game since 2014 and I’m here to say that the game is perfect in every way. I genuinely think this is a must play, and even though it’s a re-release to PC, it’s a game of the year contender. 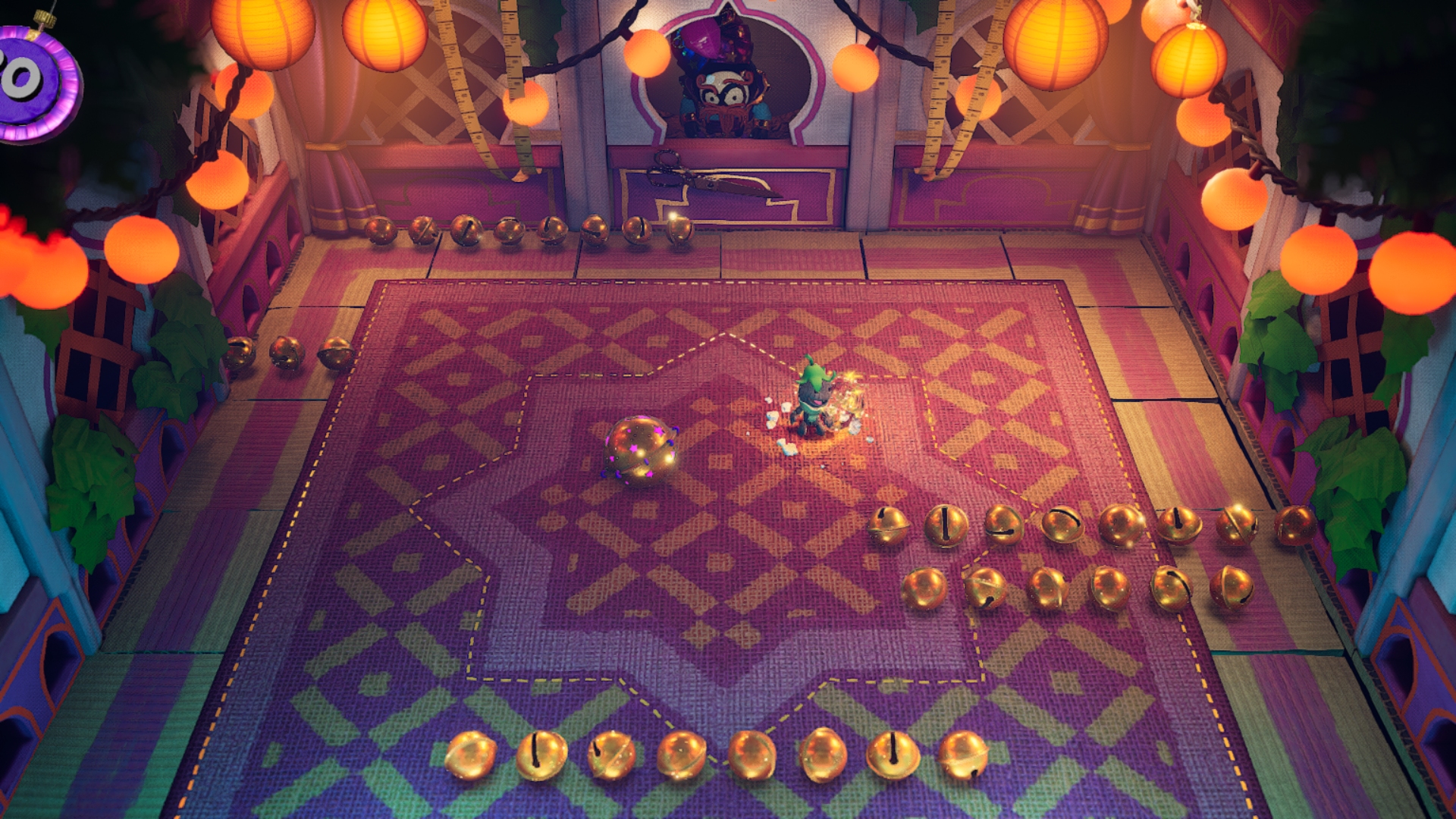 Sackboy: A Big Adventure is an action platformer that was previously released on PS4, and PS5 in November of 2020, that has now made it’s way over to PC. I’ll just get this out of the way now, Sackboy is a perfect game. From everything like the cute story, to the great level design, it all has all been crafted with love and care. Let’s talk about the  level design first. This is a stage based 3D platformer, and as such you have a hub world in which the player can pick which levels to tackle. As you play, more unlock. Each level has goals that need to be met to completed, they usually go something like this; don’t die, get a certain amount of points, and collect each dream orb within the level. I actually had to force myself to stop trying to 100 percent each level so I could get through the game for this review. It’s just so fun an intuitive to meet these goals within the levels that it makes you feel like it’s a necessity to not miss anything. I think this is helped by the fact that the levels themselves are great and varied. One moment you’ll be trying to outrun giant yeti snowballs, and the next you’ll been running to the rhythm of Uptown Funk by Mark Ronson and Bruno Mars.

On top of that, each level has a bonus minigame that the player must complete in order to get one of the aforementioned dream orbs. These can vary from things like wack a mole, to feeding a creature hot peppers on a timer. Each one feels unique, and gives the individual levels even more flavor and nuance. In general that’s a great way to describe the entire experience, full of flavor and nuance. The story that I mentioned before isn’t anything ground breaking, but it’s told well. The cutscenes are enjoyable, and the voice actors do a good job in their respective roles. Dawn French in particular as her role of Scarlet is a standout. 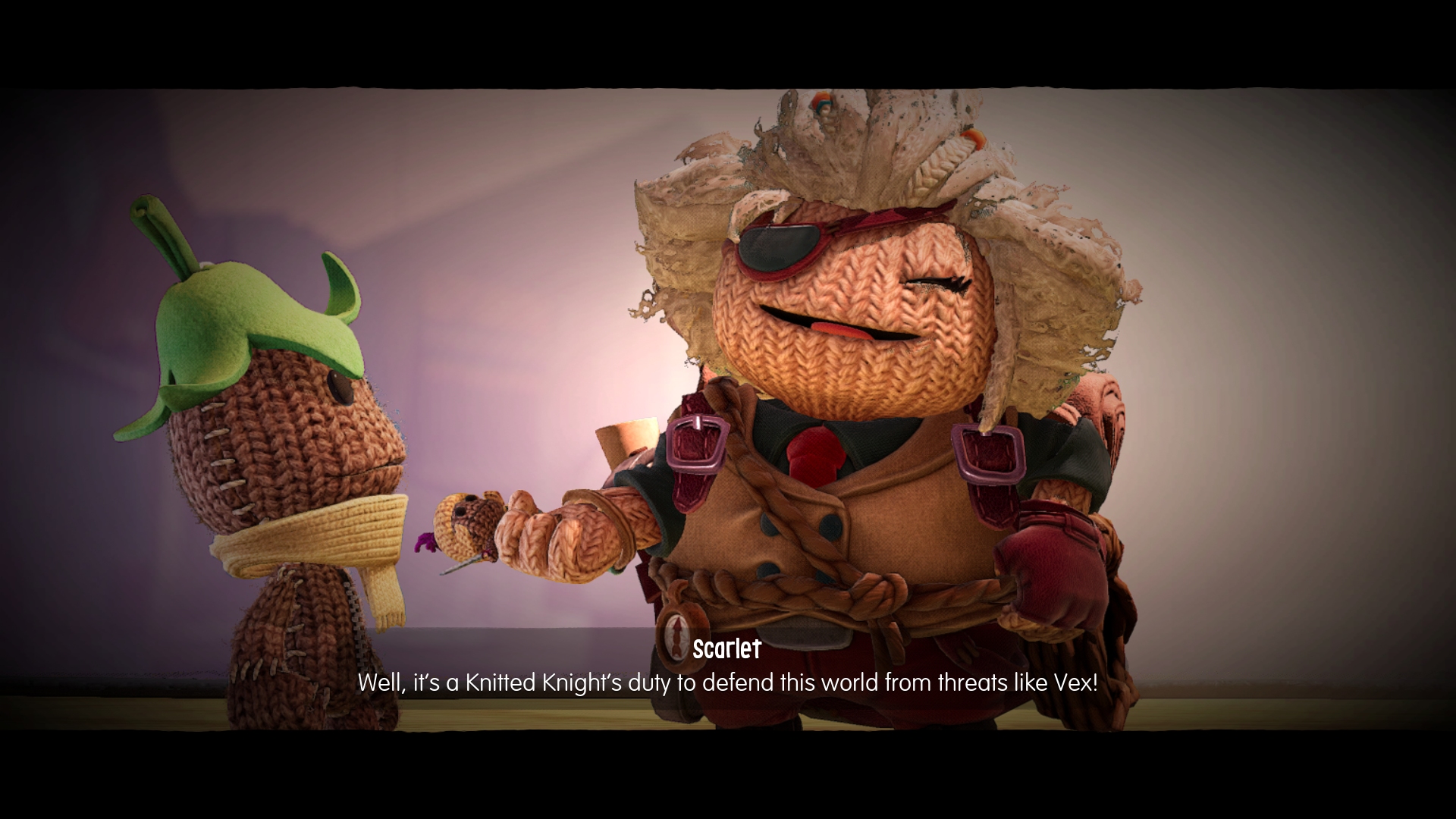 As is tradition with games within the Little Big Planet universe, there is a lot of customization options with the main character. You can dress up the little sack as a ton of different SONY IP characters like Ellie from the last of us, to Allow from Horizon Zero Down. As cool as those are, I personally just liked to have my little guy with a scarf and strawberry stem, but, the options are there for whatever your preference may be. When writing this, I’ve been trying to rack my brain thinking of anything that didn’t work for me in my playthrough, and I can’t think of a single thing. As of writing this, I haven’t been able to get into a multiplayer match to do some of the multiplayer dependent side missions, but that didn’t detract much from the overall experience for me. Though your mileage may vary.

Sackboy: A Big Adventure is a perfect game through and through. The level design is amazing, the story is charming, and the score is fantastic. I know I mentioned this before in the intro, but even though this is a rerelease, I’d say this is my game of the year so far. Genuinely perfect in every way.